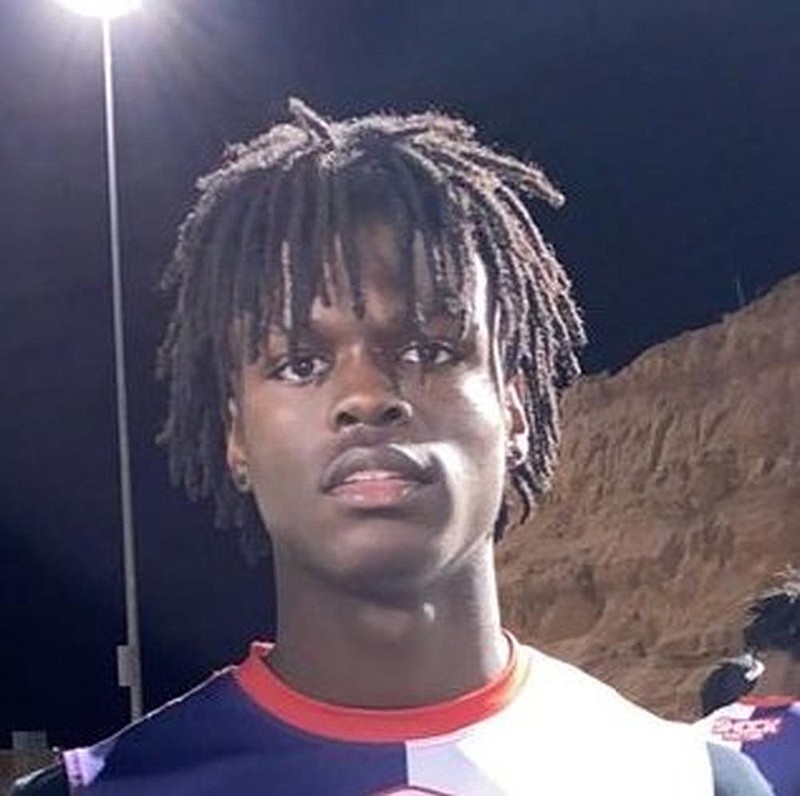 Jackson, 6-2, 185 pounds, 4.4 seconds in the 40-yard dash, of Royse City, Texas, chose Arkansas over scholarship offers from Texas, Alabama, Baylor, Auburn, Texas A&M, LSU, Ohio State and others. He visited Fayetteville on March 7 and left with Arkansas at the top of his list.

"That's where I'm most comfortable at," Jackson said. "The coaches, I built a great relationship with them, and I ended up buying into the process."

The Hogs had him at the top of their receiver board and that played a role in his decision.

"The main thing was that I was their number one guy," Jackson said. "I was the number one guy on the board and they really made me a priority. There's not too many places that you get to be the priority."

He stated plans to make an official visit to Arkansas in June, but covid-19 forced the NCAA to enforce a recruiting dead period beginning March 13. Jackson recently visited the Texas campus, and it appeared the Longhorns were in strong contention to get his pledge.

Receivers coach Justin Stepp has made a name for himself as an excellent recruiter. Jackson becomes the fourth ESPN 4-star receiver to pledge to the Hogs since Stepp has been in Fayetteville.

"Ever since he offered me we've always kept in touch," Jackson said of Stepp. "When I took a visit down there it just took over and I just had a great time down there."

"He proved to be a game-breaker by showing speed, the athletic ability, the hands and the instincts to be a go-to target at the next level," Lemming said. "He can make the acrobatic catch look routine and has the speed to keep the defense honest."

Arkansas receiver commitment Jaedon Wilson of DeSoto, Texas, and Jackson have known each other since the fifth grade.

"He had a pretty big influence," Jackson said of his decision. "We've been knowing each other for awhile. He and I can be on the same team and contribute. We both believe we can help turn Arkansas around."

He said he knew it was Arkansas after his March visit and also recently.

"Probably about a couple weeks ago ... really after my visit, I knew but I just chilled out and made sure I looked at other places before I made a decision," Jackson said. "I was going to pull the trigger during the summer, but I just waited and I just finally did it today."

Jackson is the fifth Texan and third receiver to pledge to the Razorbacks. Raheim Sanders of Rockledge, Fla., is committed to Arkansas and is being recruited as an athlete. He could also play receiver for the Razorbacks.