Girl Scout uniform gets an update 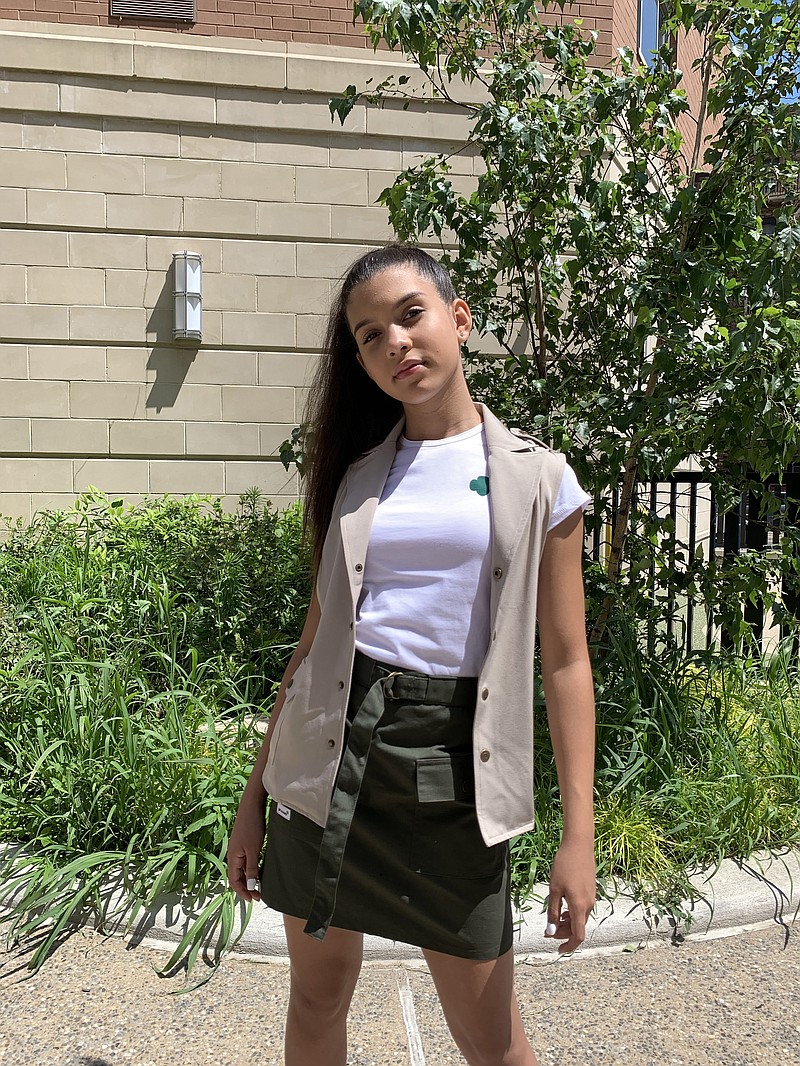 NEW YORK -- A vest designed for the modern Girl Scout must have pockets, and those pockets must be large enough to fit the largest model of the iPhone.

"In all our fittings that was the No. 1 thing," said Wendy Lou, deputy chief revenue officer of the Girl Scouts of the USA. "Can you fit the iPhone in there? Yes? Let's go."

The new vest was designed by three students from the Fashion Institute of Technology in New York. It was unveiled Aug. 25, along with more than a dozen separates for Girl Scouts in grades six through 12, including things that are likely already in their closets, like black spandex leggings and a denim jacket.

The student-designed collection is an attempt to make the Girl Scout uniform more versatile and relevant -- to infiltrate the modern teenage wardrobe with Scouty swag, sometimes camouflaged as athleisure. (Although loungewear has never been more popular, the collection was finished prepandemic.) The organization hopes the new styles will encourage older girls -- those in the trenches of middle school and high school -- to stick with being Girl Scouts.

When the three institute students met with a few dozen Girl Scouts to present ideas and get feedback during the redesign process, it was clear that "they wanted something cooler," said Melissa Posner, 24, one of the designers. Girl Scout events are often held after school, but many would rather quickly change clothes after the final bell than wear their uniforms to class. "They wanted something that wouldn't be so embarrassing to wear to school," Posner said.

The centerpiece of the official Girl Scouts uniform is a vest or sash -- or, for some younger girls, a tunic -- in blue, brown, green or khaki, depending on the Scout's grade level, decorated with their badges and pins. When officially representing the organization, girls must layer their sash or vest over either a white shirt and khaki bottoms, or Girl Scouts-branded "official apparel" -- a previously limited selection of mostly polo shirts and plain skirts.

For preteen and teen scouts, the khaki sash hasn't visibly changed much in the Fashion Institute of Technology redesign; there are only so many ways to redesign a diagonal loop of cloth, although it got a hidden iPhone-size pocket, too.

The khaki utility vest is another story. It has a new notch collar, epaulet shoulders, snap buttons and a cinched waist. The color is lighter and the fabric softer. It's the Burberry trench of Girl Scout vests.

But the most dramatic expansion is the new range of about 20 teen-targeted "official apparel" items for girls to wear underneath their vests or sashes. Ranging from $10 to $49, there are crew-neck sweatshirts and drawstring joggers, short knit dresses and short cargo skirts, a belt bag and a denim utility wrap. It's not Fashion Nova, but the collection is a trendier take on the current Scout uniform.

"It's been more than 20 years since we've done something to this scale," Lou said. "If you look back at historical Girl Scout uniforms, they really reflected the fashions of the time. We were evolving every decade. And somewhere along the way, about in the '90s, we stopped evolving."

(Michael Ferraro, the executive director of the Fashion Institute of Technology DTech Lab, which oversaw the uniform redesign, said his theory about the stagnation was that female empowerment in the 1990s was largely provocative and audacious. The Girl Scouts are neither, so leaders took a countercultural approach, scaling back from what was considered cool.)

When the institute students began redesigning the uniforms, they started with the Girl Scouts' unexpectedly rich fashion archives.

In 1928, green was introduced, and it's still used prominently today. Earlier uniforms were khaki, which was contentious because the color was widely viewed as belonging to the Boy Scouts and the military, not homemakers.

In 1948, the Girl Scouts commissioned Mainbocher to design its uniforms. The famous U.S. couturier had moved back to New York at the start of World War II after a successful decade of dressing royalty, socialites and celebrities in Paris. His Girl Scouts uniforms were grass-green shirtdresses with sporty neck scarves and badges sewn onto long cuffed sleeves, advertised in the style of Dior's New Look.

Halston designed a polyester collection of professional separates in 1978, introducing a trouser, vest and belted jacket in a more subdued green. Bill Blass brought back bright green in the 1980s, cranking it up to nearly neon, and continued making separates -- a cardigan, straight-leg pants, an A-line skirt -- allowing the Scouts to mix and match.

Despite the lull in recent decades, Timothy Winkle, a curator at the National Museum of American History who organized an exhibition around the group's 100th anniversary in 2012, said the Girl Scouts has changed its uniform more than any other major Scouting organization.

"Not necessarily to always be on-trend," he said, "but to constantly look at their uniform and their brand and say: 'What is it that our members really want? What would they find appealing? What is going to excite them?'"

It's a tricky thing to pull off, particularly in the confines of a uniform: balancing novelty with heritage, maintaining a strong shared identity while allowing for individuality. But that flexibility, Winkle said, has historically been key to attracting and retaining members -- which the Girl Scouts has been struggling in recent years to do.

The three institute student designers (all 2020 graduates) said it was important to them to continue the tradition of mixing and matching, particularly for girls in that 11 to 18 age range.

"At that age, you start to look at what you like, compared to what your mom or somebody else picks out for you," said Nidhi Bhasin, 24. They wanted the girls to be able to explore and play with fashion, to figure out and forge their own styles.

"It's more about discovery and self-identity," Jenny Feng, 22, added. "And just choosing who you want to be as an adult." 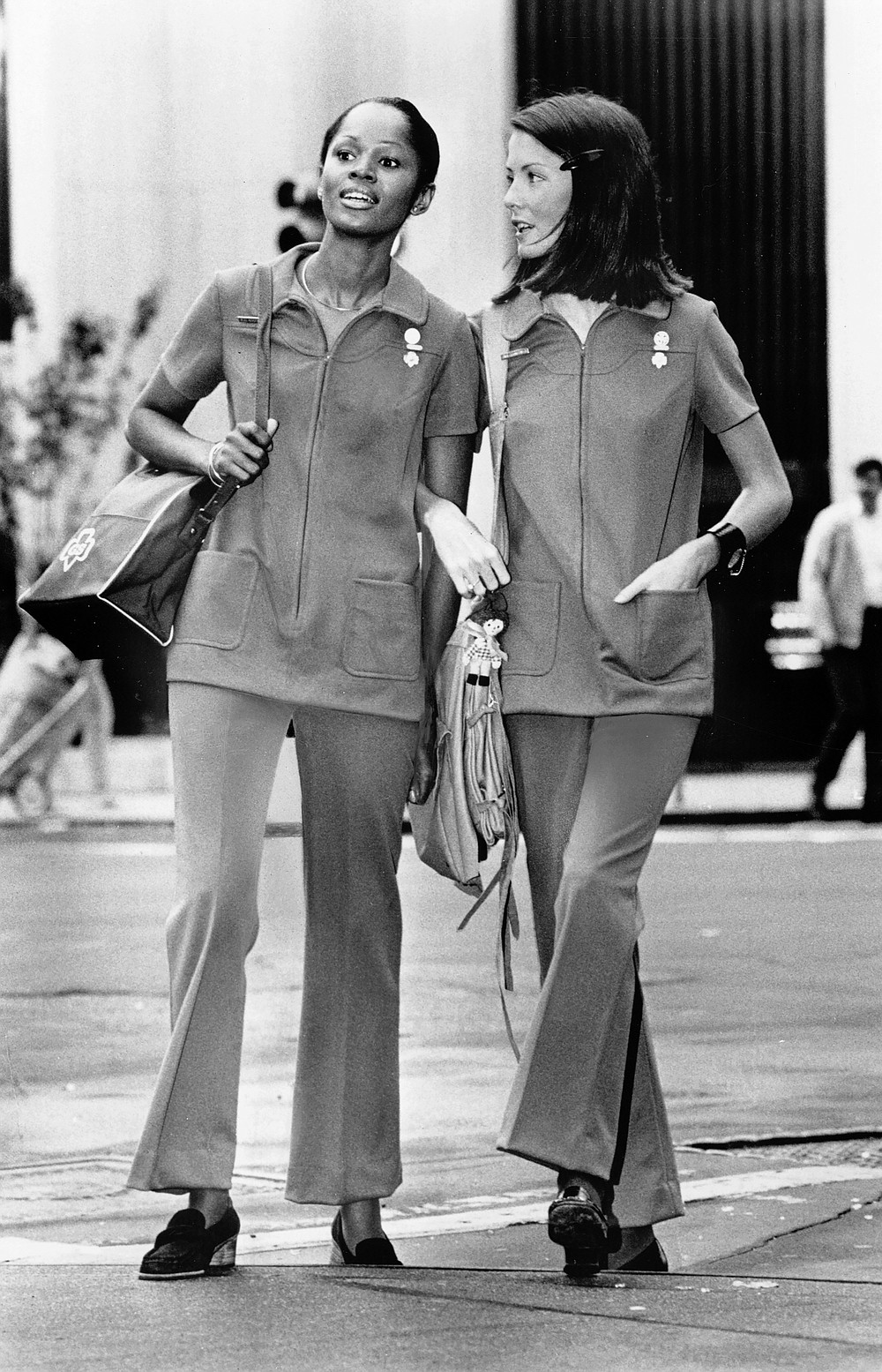 In an undated image provided via GSUSA, the Stella Sloat uniform of the ’70s had a zip-front tunic and elastic-waist slacks. For the first time in decades, the Girl Scouts are getting new clothes. (via GSUSA of the USA via The New York Times) -- NO SALES; FOR EDITORIAL USE ONLY WITH NYT STORY GIRL SCOUTS UNIFORM BY JESSICA TESTA FOR AUG. 25, 2020. ALL OTHER USE PROHIBITED. -- 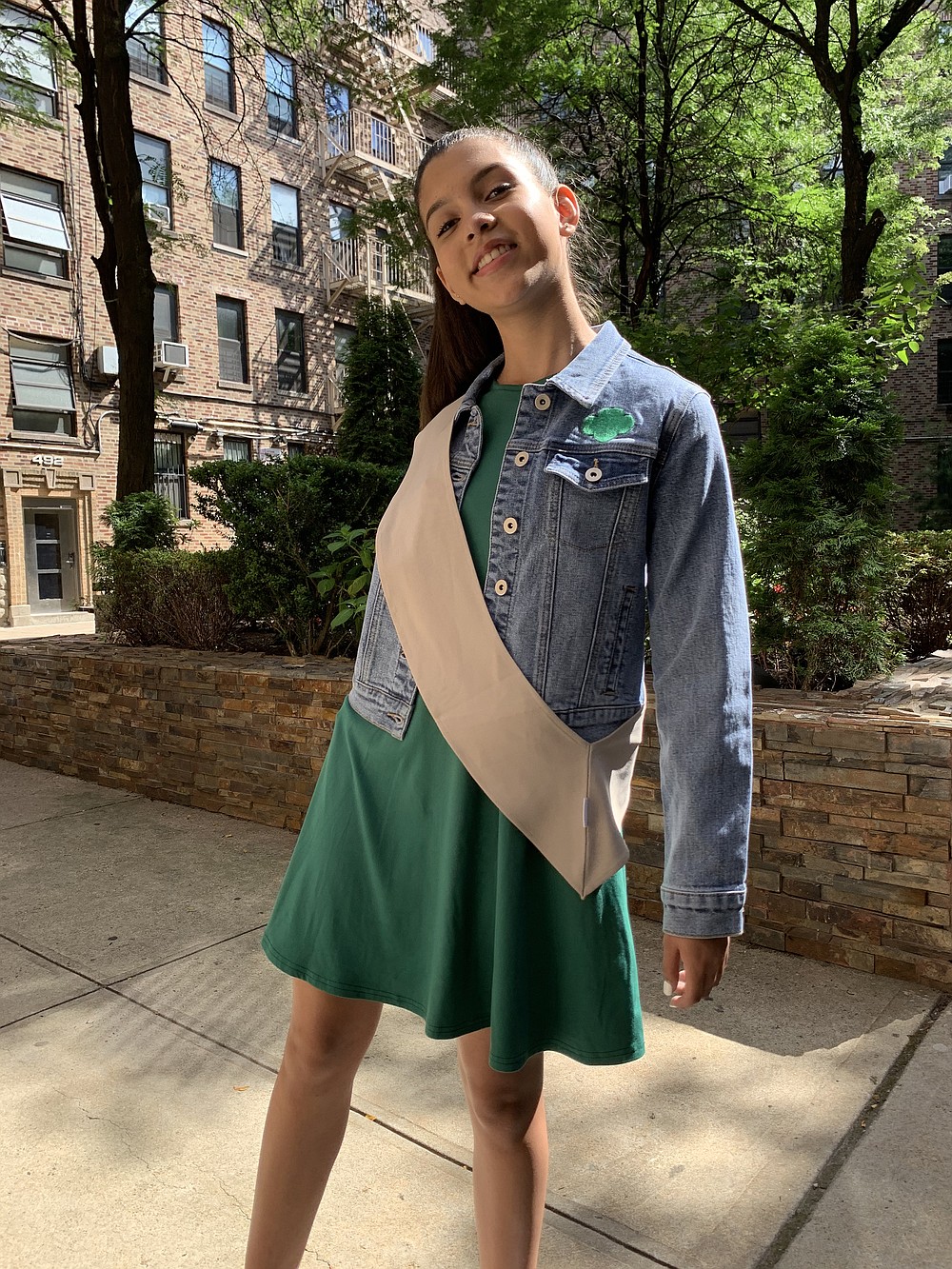 In an undated image provided by the Girl Scouts of the USA, the Girl Scouts have new uniforms. A vest designed for the modern Girl Scout must have pockets, and those pockets must be large enough to fit the largest model of the iPhone. (Girl Scouts of the USA via The New York Times) -- NO SALES; FOR EDITORIAL USE ONLY WITH NYT STORY GIRL SCOUTS UNIFORM BY JESSICA TESTA FOR AUG. 25, 2020. ALL OTHER USE PROHIBITED. --
ADVERTISEMENT