How to protect children’s eyes during remote learning 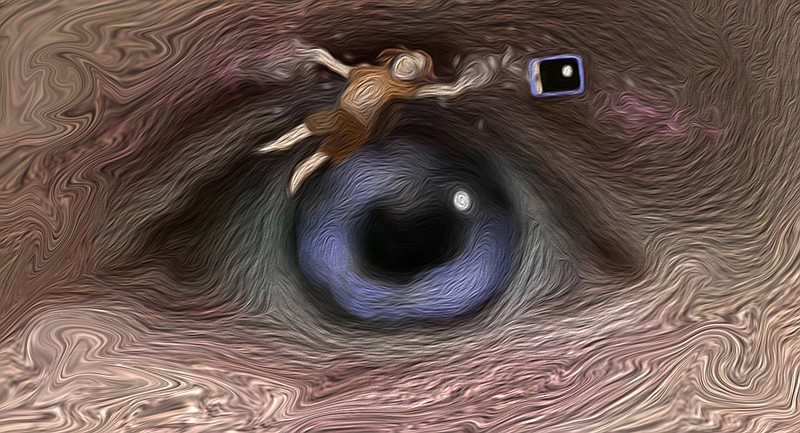 With school districts reopening for fully remote or hybrid learning models because of the coronavirus, one thing is clear: screen-based instruction is the reality for hundreds of thousands of students across the country. Besides access problems, families must also grapple with what an increased use of devices could mean for their children's well-being, including their vision.

A survey conducted by the Pew Research Center in March found that the majority of parents — 71% of the 3,640 surveyed with children 12 or younger — were at least somewhat concerned about their children's spending too much time on screens. And that was before stay-at-home orders upended family screen-time limits.

More time in front of screens — for school or for fun and connection — can result in eye strain, fatigue and headaches, but experts offer simple ways for parents to protect children's eyes during a time when screens are a bigger part of everyday life.

"With reading in general, we used to read at 16 inches" away from the eyes, according to Millicent Knight, an optometrist and spokesperson for the Global Myopia Awareness Coalition. "Now, what we're finding, particularly with phones, is that they're reading at 10 to 12 inches away."

At this distance, the eyes turn in to focus on the screen, as opposed to being relaxed and in the straight-ahead position when looking at something farther away, Knight said. After a while, the turning in can lead to fatigue of the eye muscles, which can cause headaches or other vision problems.

While research doesn't suggest a clear link between screen use and myopia in children, the condition, commonly referred to as nearsightedness, is on the rise. Data from the American Optometric Association revealed that 1 in 4 parents had a child with myopia in 2018, an increase of 25% from 40 years ago.

"There's a whole mountain of information about myopia," said Dr. David Guyton, a professor of pediatric ophthalmology at Johns Hopkins University and a pediatric ophthalmologist who has been treating patients with myopia for 40 years, "but the main fact over the past 50 years that we've learned is that what produces myopia is the elongation of the eye."

Guyton said that though no one knows precisely why, that elongation seems to be caused "by the image that people are looking at getting behind the retina," which happens when you bring something closer to you to view, such as a tablet or a cellphone.

Dr. Luke Deitz, a Los Angeles-based pediatric ophthalmologist, recommends keeping digital devices about 2 feet away and at eye level, "or even preferably somewhat below to avoid them having to look up at the screen." Having a screen closer than this requires the eyes to focus harder to keep the image sharp, which can cause strain and potentially worsen myopia, he said.

Knight suggests that children place an elbow on the table and then rest their head in that hand. From this position, they should lift their elbow and touch the screen; that is now the closest working distance they should be from their device.

Knight advises parents and caregivers to follow the 20/20/20 Rule: "Every 20 minutes you need to look up at something 20 feet away for at least 20 seconds." This gives eyes a break and a return to their natural position.

Deitz also stresses the importance of taking breaks rather than depending on things like blue-light-blocking glasses that are being marketed to parents as a way to reduce eye strain and fatigue. He said he has many parents asking him about those glasses. "I do not recommend them because we don't have definitive evidence that they are safe and only anecdotal support for them reducing eye strain and fatigue," he said.

He noted parents would be better served by investing in sunglasses for their children to wear outdoors, protecting their eyes against the effects of prolonged ultraviolet light exposure from the sun.

Headaches, excessive blinking, eye rubbing and a child feeling tired or cranky are potential warning signs. Deitz noted that avoiding glare can be helpful — tone the screen brightness down for indoor usage and don't use digital devices outdoors. Where workstations are at windows, Knight recommends setting them up perpendicular to the windows.

Dry eyes are another consideration. Guyton explained that when people read, particularly on digital devices, "their blink rate decreases down to 5 to 10 times per minute," which can lead to dry eyes. Though he said children's eyes don't tend to dry out as much as adults' do, it's important for caregivers to take note of whether their child is blinking regularly when looking at a screen. Reminding them of this, Deitz noted, might help with eye comfort.

Vision screenings are essential to identifying potential problems with children's eyesight and shouldn't be put off just because of the pandemic. Check with your eye doctor for guidelines and safety protocols for seeing patients — some may even be able to do initial screenings virtually.

For millions of students, these screenings and interventions are mainly, if not solely, provided at schools, making access to vision resources even more challenging when school buildings are closed. Parents and caregivers who need support for their children's vision can find information on free resources through organizations such as Vision to Learn, All Children See, and InfantSEE.