Mystery plants for the first week of September

There were no stumpers in this weeks mystery challenge. All can be easily grown throughout Arkansas, but one is a tropical and would not overwinter. 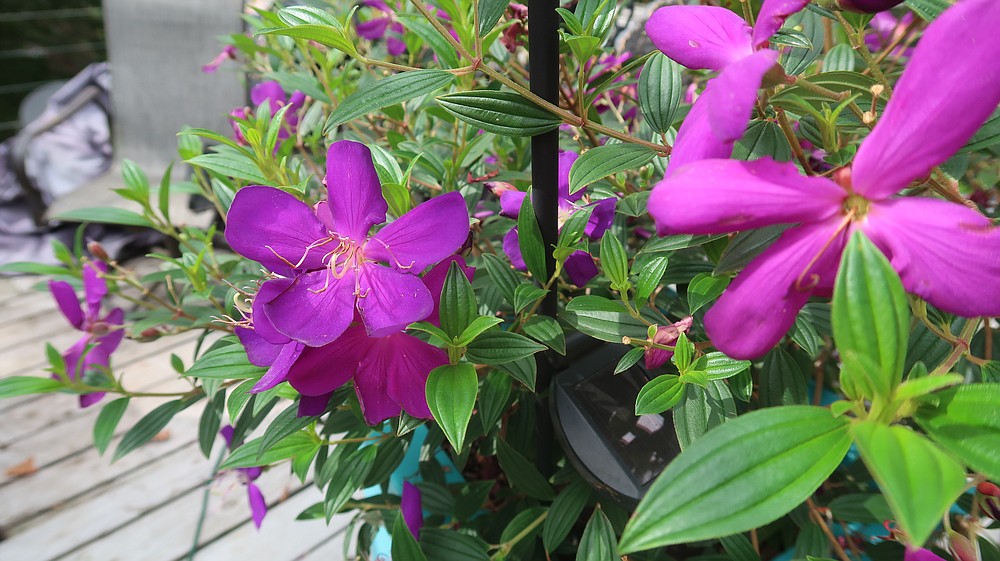 Tibouchina urvilleana commonly called Brazilian Glory Tree, Glory Tree or Princess bush, is a tropical flowering plant for us in Arkansas. In its native Brazil it can form a 40 foot tall tree—can you imagine how spectacular that would be in bloom?! It has bloomed non-stop since I bought it in May. Normally I would recommend giving it some afternoon shade, but mine is in full sun all day and has not had any issues—and we have had some hot days. It does get a daily drink of water. The velvety flower buds start out with a reddish hue, 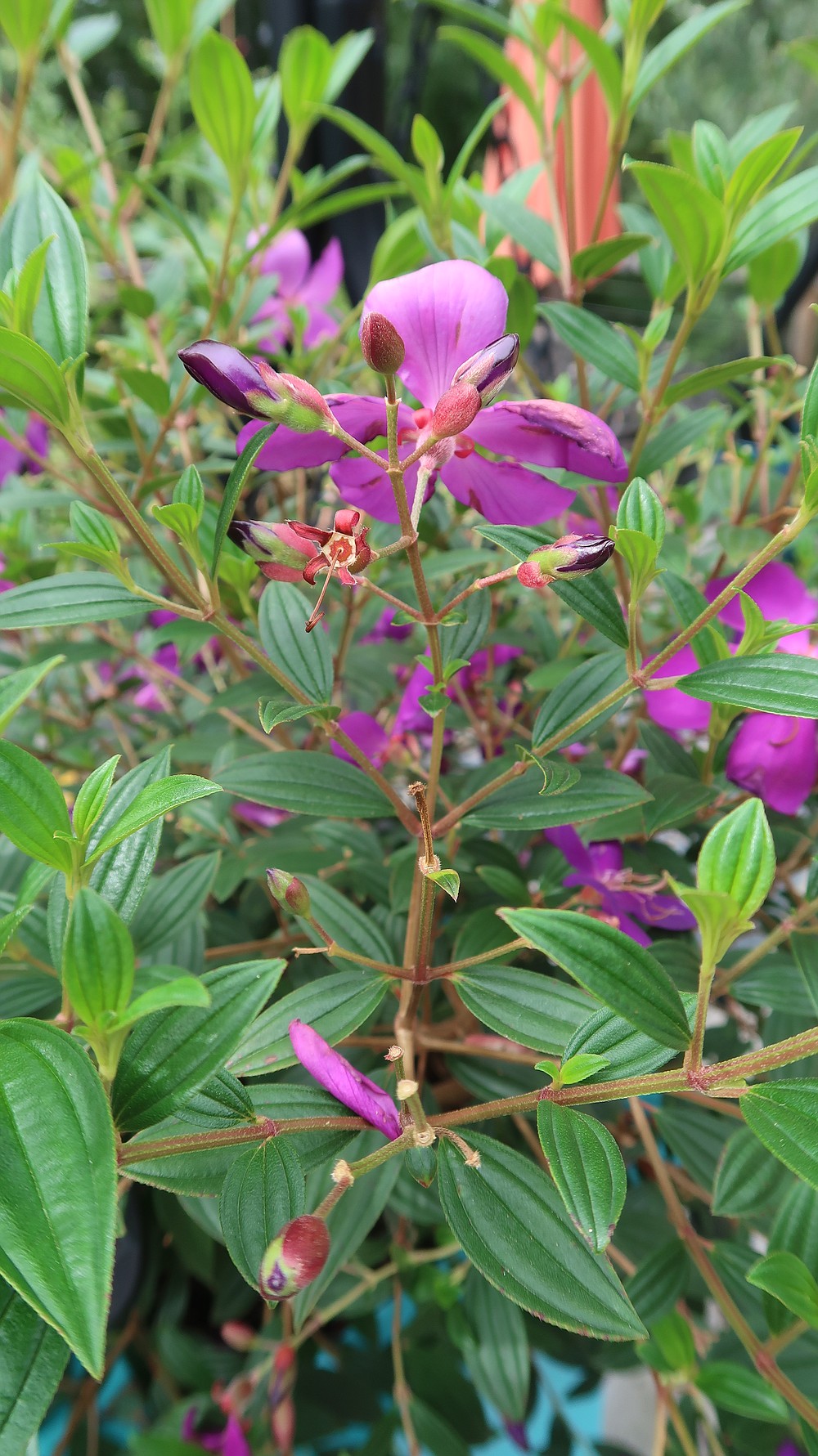 then open to these deep rich purple five-petaled blooms. 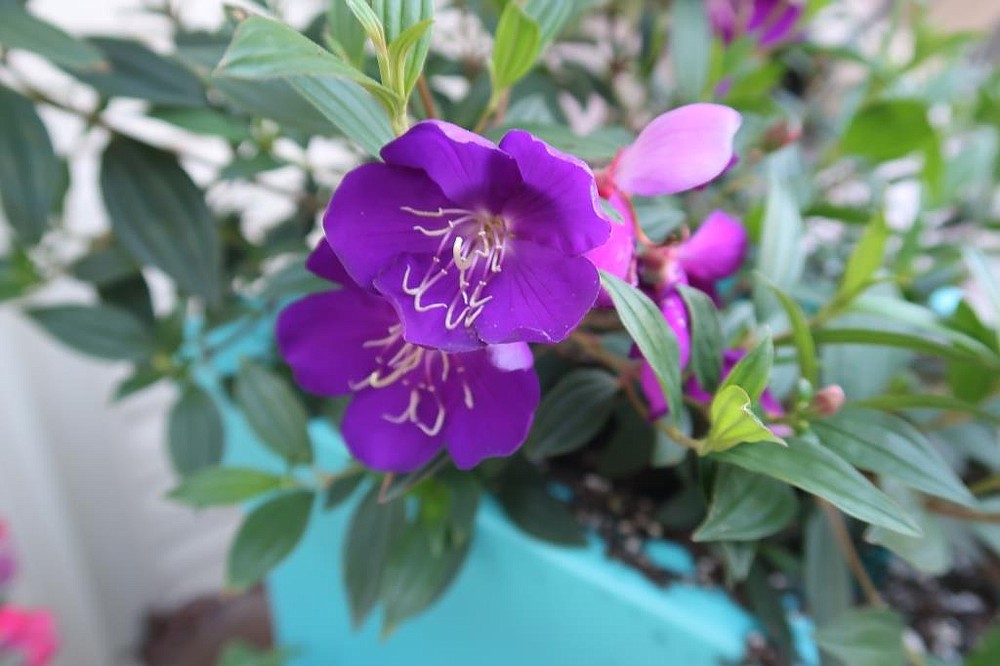 The bees love this plant. Another variety called Tibouchina grandiflora has larger leaves and spikes of purple blooms, 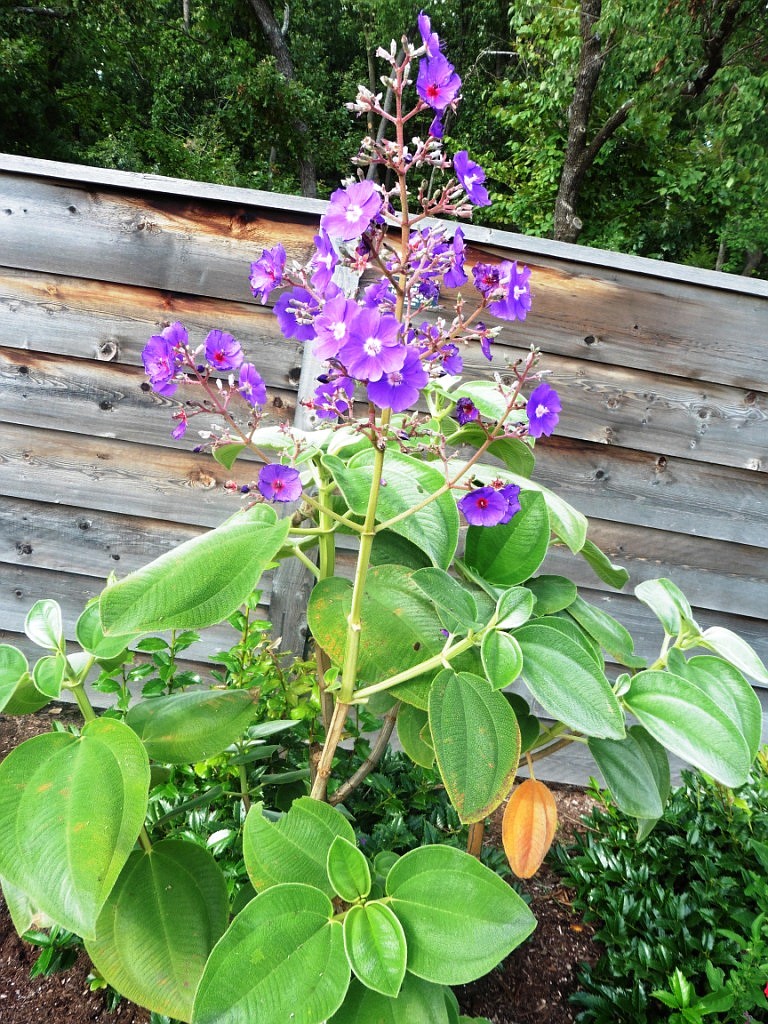 but is not as commonly seen in garden centers in Arkansas. 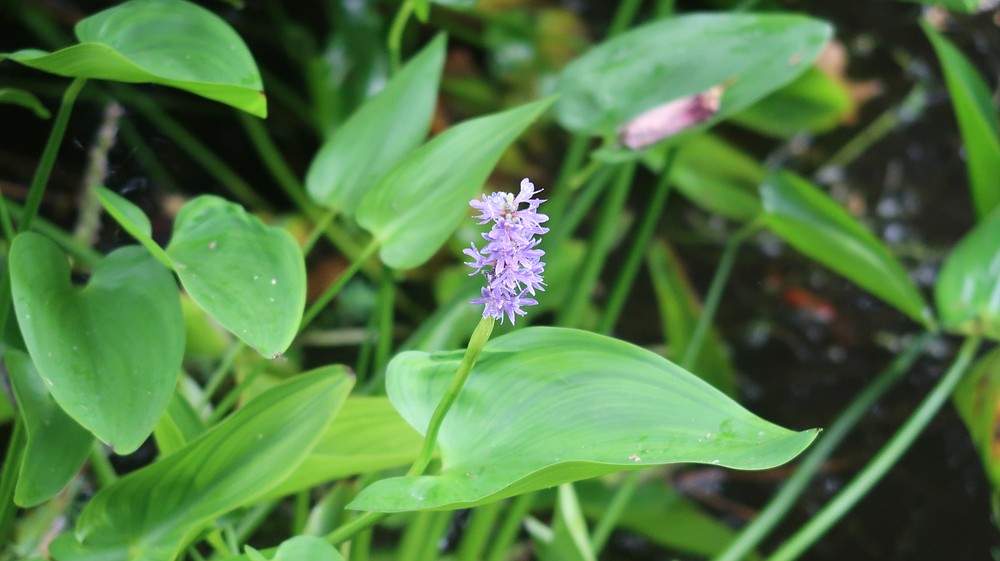 common name Pickerelweed or Pickerel Weed is a native aquatic plant that will grow in a pond, marshes, or on the margins of lakes. It only grows in shallow water no deeper than one foot. 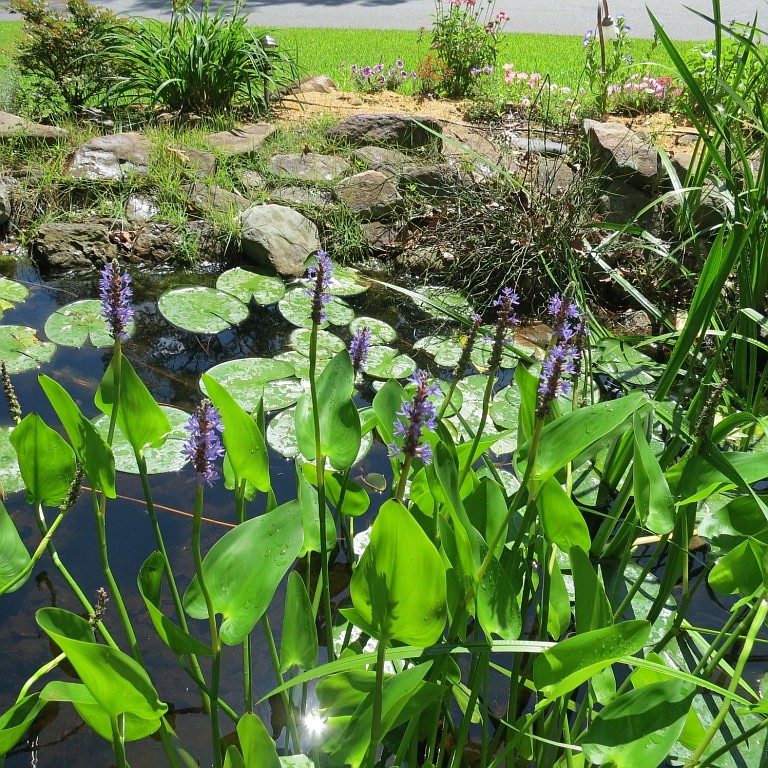 It is a perennial plant that multiplies rapidly. It blooms within a few weeks of re-greening in the spring and continues until a frost. It has large lance-shaped leaves and lovely spike of purple blooms are welcomed by bees and butterflies. 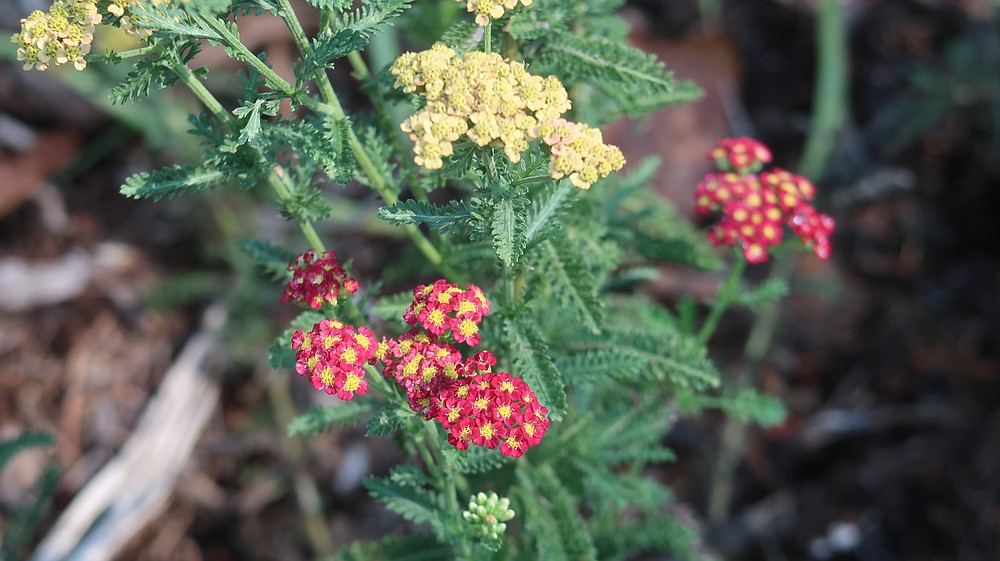 is a perennial that is grown as an ornamental and an herb. Flower color can range from pinks 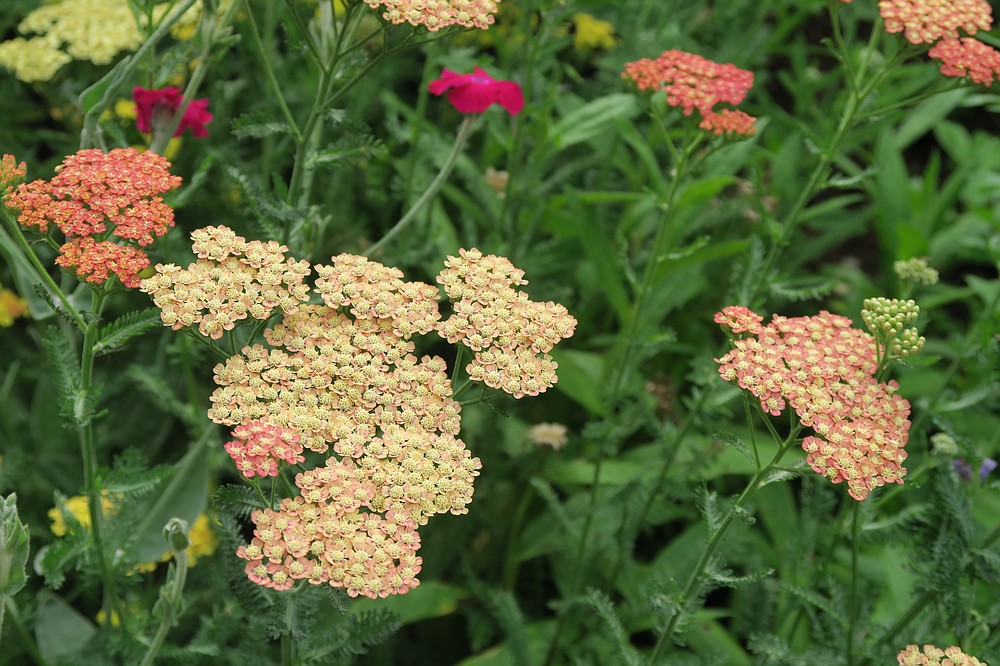 and reds to yellow and white forms. 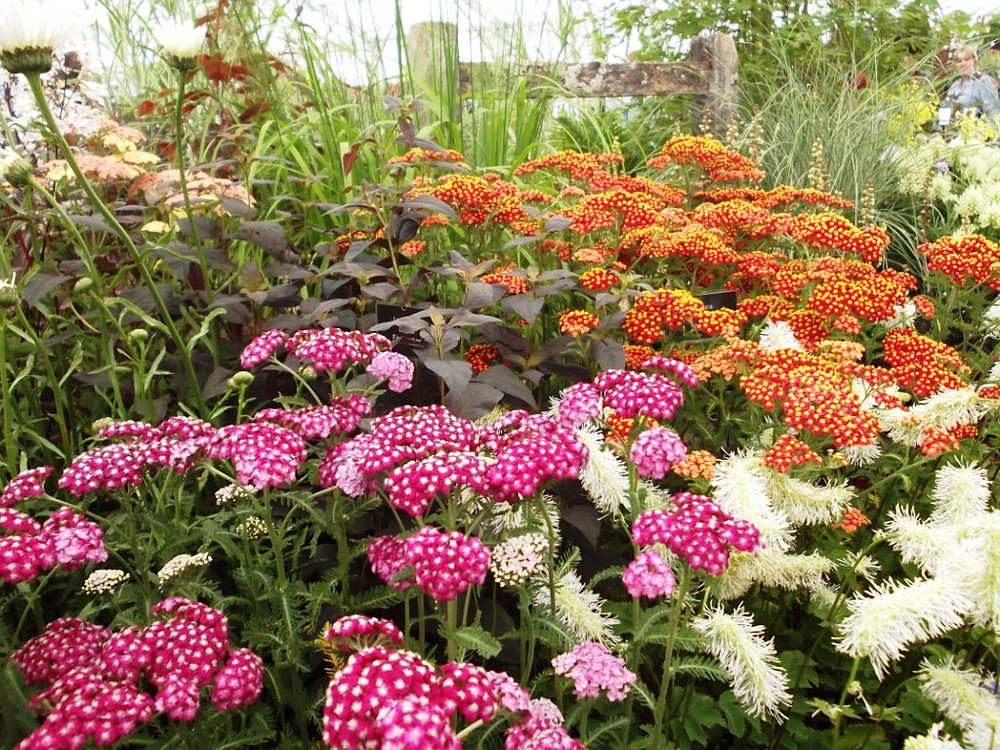 The flowers are easily dried and can serve as everlasting or dried flowers in arrangements. Yarrow blooms from late spring through summer. If you dead-head after the first blooms, it will repeat bloom. It can reseed itself, so it can spread in the garden. It is quite drought-tolerant, so don’t plant it near a sprinkler head. It prefers full sun.