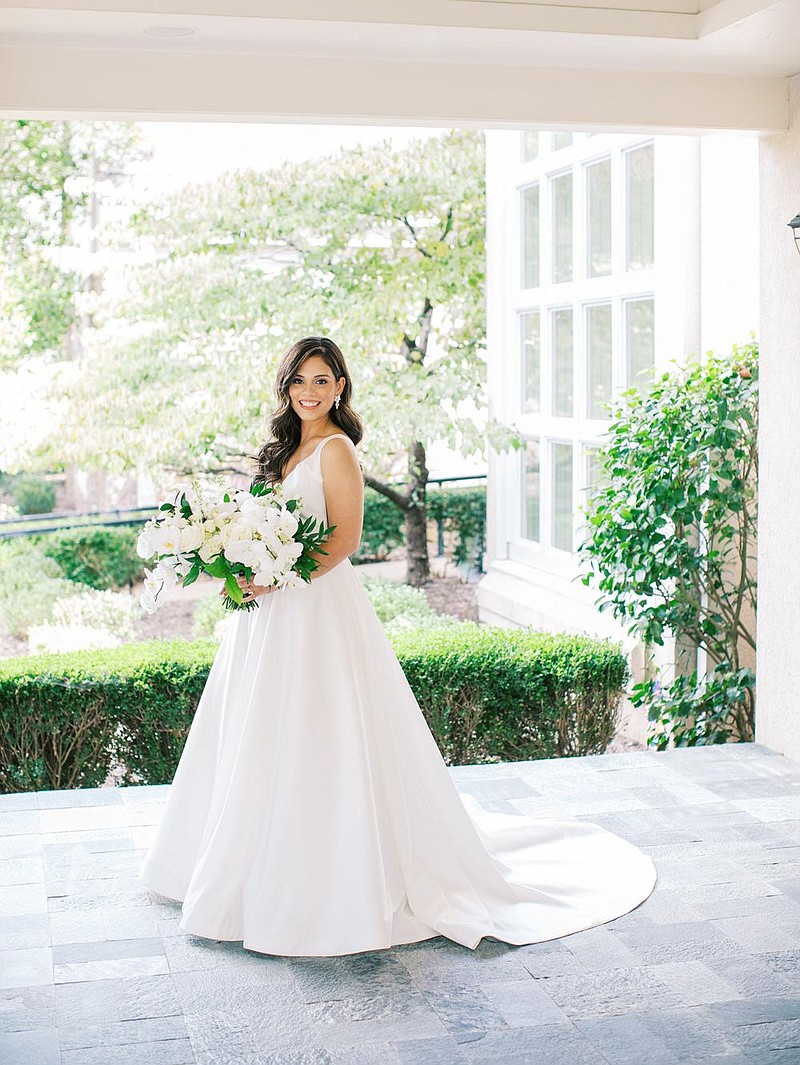 Immanuel Baptist Church was the setting at 5:30 p.m. Saturday, Sept. 5, for the marriage of Estefanie Raquel Perez Ferrer and Griffin Paul Peeples. The officiant was Chris Brune, a professor at Ouachita Baptist University.

The groom is the son of Terry and Daryl Peeples of North Little Rock. His grandparents are Wanda Jean and Cecil Howard Griffin of Springdale, and the late Zola Jo and Paul James Peeples of Sherwood.

The altar held a white arrangement of hydrangeas, garden roses, delphinium and stock spray roses in a gold urn. Music was by vocalists Jason and Amy Breland and pianist Lori Hart.

Given in marriage by her parents, the bride wore a satin gown with a deep-V neckline and strappy open back. The full A-line skirt extended to a sweep train. She carried a white bouquet of hydrangeas, roses, tulips and orchids.

Michelle Perez of Little Rock was her sister's maid of honor. Bridesmaids were Erin Calhoon of Jonesboro, Emily May of Fayetteville and Abbey Little of Houston. They wore black gowns in various styles and carried bouquets of hydrangeas, tulips, anemones and roses.

Best man was Seth Boyd of Austin.Groomsmen were Connor Van Hemert of Dallas, Jacob Calhoon of Jonesboro and Jordan Sharp of Springdale. Guests were seated by John Edwards of Denver, L.B. Hudson of Fayetteville, Joseph White of Sparkman, Michael Rogers of Little Rock, Daniel Williams of Sherwood and Luke Huneycutt of Arkadelphia.

After a honeymoon at Marco Island, Fla., the couple will live in Little Rock until January, then move to Houston.