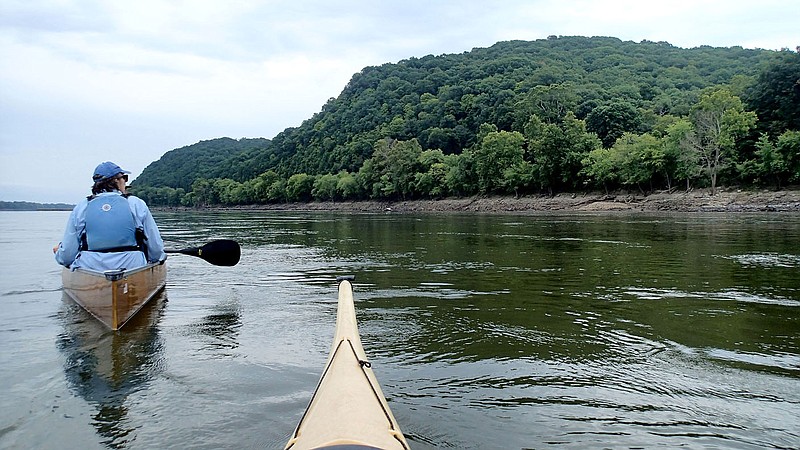 Sometimes an old-fashioned paper highway map is best for navigating uncharted territory, even these days when a push of a button can generate a usually dependable guiding light.

Such was the case two weeks ago during a five-day float trip on the Missouri River across central Missouri. Our group of paddlers in canoes and kayaks covered 65 miles of the Mighty Mo from near Jefferson City, east to Washington, outside St. Louis.

We'll have a feature on the expedition in NWA Outdoors here in a few weeks.

The trip required shuttling some of our vehicles downstream to the next town each day, a chore we took care of in the morning before setting out on the river.

We started at the little town of Bonnots Mill, Mo., where the Osage River meets the Missouri, 13 miles downstream from Jefferson City, the Show-Me State capital. Before hitting the water the first day, we needed to shuttle cars downstream to our take-out at Chamois, Mo., another charming and tiny Missouri River town.

Our caravan of cars hit the highly scenic two-lane blacktop highway en route to Chamois. Our driftsmaster, who planned this float trip, led the way. I'd checked the route on my paper Missouri state highway map and had it in the GPS of my mind as we drove.

The rural Missouri countryside on this northern edge of the Ozarks was a sight to behold this picture perfect morning. Five miles into the shuttle, our driftsmaster slowed to stop, paused a bit, then unexpectedly turned left down a gravel county road.

This isolated lane wasn't on my trusty folding map.

On we drove, mile after mile, following each others' dust as our line of trucks and cars crawled along. In the world of gravel roads, this one wasn't so bad. There were only a couple of rough stretches. It seemed like we were on it for hours since we had no clue where it led.

Finally, we arrived at some pavement and hung a left on the blacktop state highway, leaving a cloud of dust in our wake.

In three miles we were in Chamois at the town's riverfront park where we'd take our boats out that afternoon. Turns out our driftsmaster was following the maps feature on his phone. That gravel road was the shortest distance to Chamois, all right, but longer in time driving slower on the gravel road.

Most of our vehicles stayed behind at Chamois. We drivers all piled into two vehicles, masked up and windows down, for the drive back to Bonnots Mill to start our day on the river. Guess what? We followed the directions on the old-fashioned paper map to avoid the gravel.

Talking to some local boys a couple days later saved us about 30 miles of shuttling. A bridge was out on the main highway and the detour was lengthy. Some guys at the country store in town clued us in on a short cut we could take on a dirt road through "the bean field." Now this sounded like an adventure.

Turns out a farmer was letting folks drive two miles along a dirt road through his soybean field to avoid the long detour. We were welcome to take the shortcut, the locals told us.

"Only thing is, if he's irrigating it'll be too muddy to go through. You might get stuck," the boys warned.

GPS wouldn't know this road in a million years. We took the gamble and won. The dirt lane through the bean field was dry and not too rough. It saved us a ton of driving.

I've got miles of appreciation for a good old-fashioned highway map, and the local knowledge of friendly people in small towns along the journey. 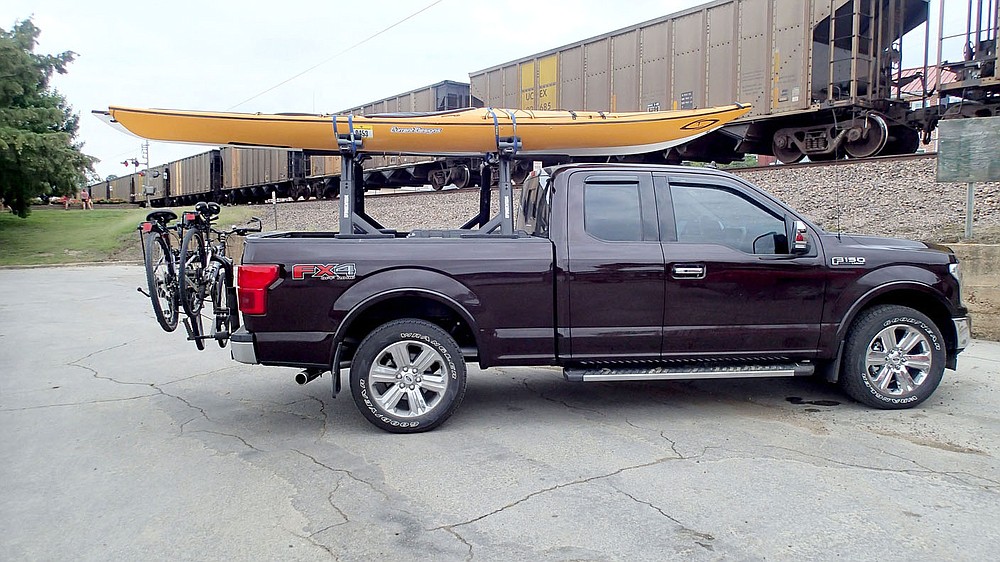 Vehicles were shuttled each day during a 65-mile paddling trip down the Missouri River. (NWA Democrat-Gazette/Flip Putthoff)
ADVERTISEMENT