The Way I See It 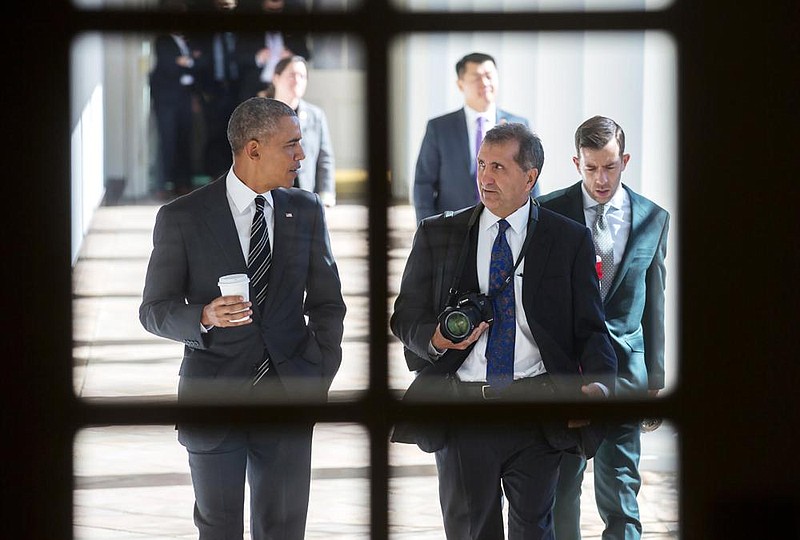 President Barack Obama walks and talks with photographer Pete Souza in a scene from the documentary “The Way I See It,” which is largely about Souza’s time as official White House photographer.

For non-Trumpites, the ­switchover from eight years of the dignified, intelligent and measured leadership of Barack Obama, to the perma-tanned tackiness of power-mad, narcissistic bloviating of Donald Trump, was like a double-feature that went from “Citizen Kane” to “Freddy Got Fingered.”

One man better than most to measure Obama’s time in office against the subsequent regime is photojournalist Pete Souza, who served as the official White House photographer for both of Obama’s terms and has gone on to become an outspoken critic of Trump by way of his devastating IG account, in which he juxtaposes stately Obama photos with Trump’s latest scandal-du-jour. Lest you think he’s just another decisively partisan liberal, you have to take into account his previous turn in the White House, as one of the official photographers for Ronald Reagan’s presidency. In fact, Souza’s fly-on-the-wall quality was considered one of his strengths in the oval office.

Documentarian Dawn Porter travels with Souza as he makes the media rounds promoting his newest book, “Shade,” a collection of those IG photos that have earned him millions of social media followers (a sort of companion piece to his previous book, “Obama: An Intimate Portrait”). Hauling from far-off India (where he gets a standing ovation before he even takes the stage), to domestic conferences and speaking engagements, Souza emerges as a man becoming more used to being out from behind his ever-present Canon. Through that lens, as he displays to his rapturous audiences, he has taken many hundreds of indelible photos, showing Obama’s various interactions with foreign dignitaries, his council of cabinet members, and his more raucous time with his two daughters (one shot of Obama with his girls making snow angels on the rear lawn during a heavy snowstorm remains the former president’s computer screensaver, Souza says with pride).

As Porter moves from talking heads to public oratories, Souza’s remarkable photos — brilliantly composed, and inspiringly intimate, having been given nearly unlimited access to the president — play throughout, showing us a collection of images that capture the hope the president aroused and the agonizing rigors of the job he was elected to perform.

The film spends little time on his Reagan years, except to note how media and image-savvy the former Hollywood actor and his wife were (Souza professes no political ill-will toward the Reagans, other than noting that while he didn’t always agree with him, Reagan was a genuinely caring man, who at least understood the parameters of leadership).

At first, the film trolls Trump by a sort of subtweet level of backhandedness: Without directly naming names, Souza makes it entirely clear who he finds failing in comparison to Obama’s empathetic, engaging deportment, but by the time the film comes around to his notorious Instagram account, there can be no doubt the subject of his ire. Souza maintains it has less to do with his partisan feelings (his political affiliation is never revealed), and more the way he finds the current president’s undignified manner and total disrespect for the office and the leadership it demands unacceptable.

Trumpers will, of course, take great exception to the portrait the film portrays of the sitting president, but even the most hardcore GOP folks won’t be able to help noting the blatant differences between the loving, genuinely close Obamas; and the preening, viciously competitive Trumps, each trying to outdo the others in acting as their father’s primary sycophant.