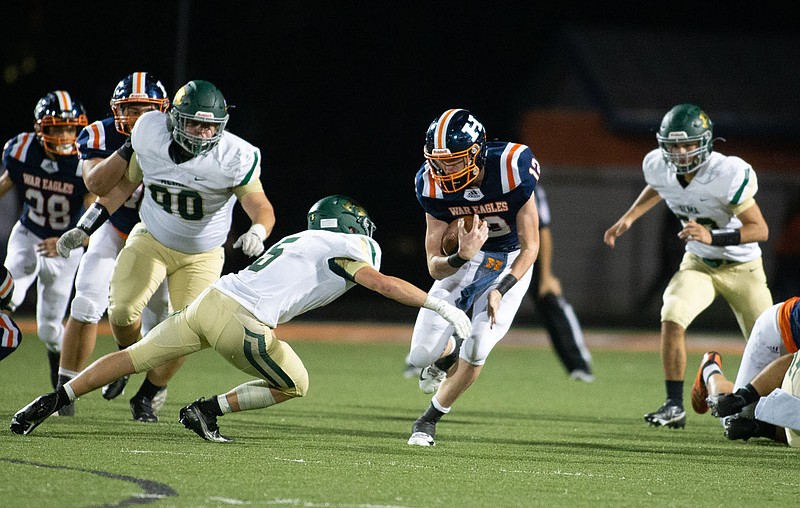 ROGERS -- The Alma Airedales needed a win in the worst way.

The Heritage War Eagles, who two weeks ago won on their home turf for the first time since 2015, gave one back.

Alma's Dane Martin kicked a 20-yard field goal in overtime Friday to give the Airedales an improbable 17-14 victory.

The War Eagles (1-2) were nursing a 14-6 lead halfway through the fourth quarter when Logan Chronister ran 11 yards for a touchdown with 6, 49 seconds left to play. Chronister added the 2-point conversion run to tie the game at 14.

Baxley missed from 30 yards in overtime.

"All I did was focus on the ball and how I was going to kick it -- and it went right through the uprights," Martin said.

"I told somebody last week that Dane Martin was going to win us a football game, and it came seven days later," Alma coach Rusty Bush said, who earned his first victory as the team's head coach.

The Airedales (1-2) took a quick 6-0 lead when quarterback Conner Stacy hit Jacob Coursey with a 53-yard touchdown strike. Martin never got a chance to hit the PAT as the snap was bobbled and covered up by Heritage.

The Airedales led 6-0 after one quarter when the War Eagles sprang to life with a 61-yard scoring drive. Quarterback Carter Hensley converted a key third-and-eight with a 13-yard strike to Nick Winter.

Four plays later, after a pass interference call had moved the ball to the 14, Hensley took it in from a yard out to give the War Eagles a 7-6 halftime lead.

Alma twice drove deep into Heritage territory in the third quarter but was denied by two separate personal foul penalties.

The War Eagles were on their heels again when Terrion Franklin scooped a low screen pass for an interception and nearly took it back for a touchdown.

Stacy's touchdown-saving tackle went for naught when, three plays later, Hensley scooted in untouched from 17 yards out for a 14-6 lead halfway through the third quarter.

Unable to mount much offense, the Airedales were on their heels when a poor snap on fourth down led to a short punt the Airedales fielded at the War Eagles' 15.

Heritage failed to convert on its first OT series, with Baxley missing his second field goal.

That gave Martin a chance for the game-winner.

"The last two weeks, we kind of let ourselves down," Martin said. "This week we worked hard to try to get ourselves ramped up for this game."

"Everything that I've said since day one when I took this job, Alma is a special, special place," Bush said. "These kids don't ever think they've lost a football game; I don't care what the score is. They're going to play for 48 minutes. That (win) had zero to do with coaching and every bit was on them." 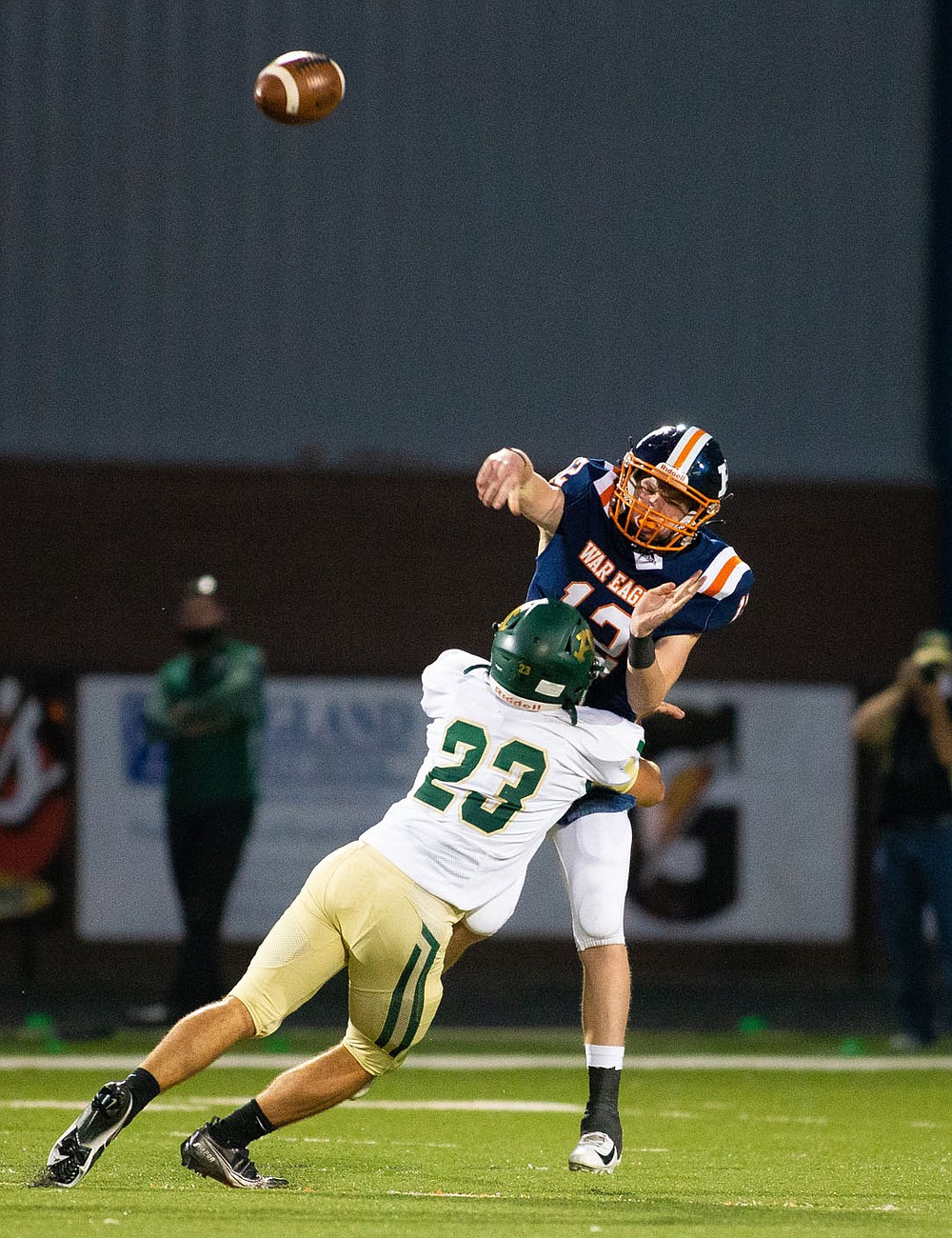