Pruitt gets raise, extension from Vols after two seasons 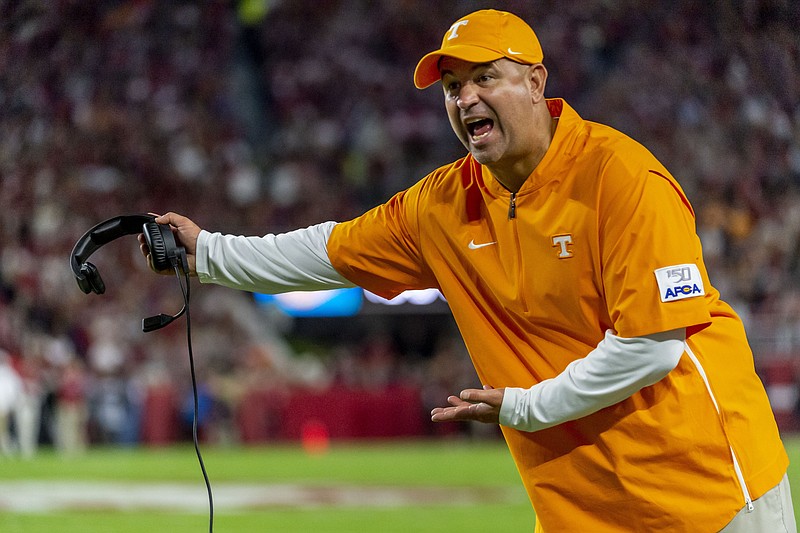 FILE - In this Oct. 19, 2019, file photo, Tennessee head coach Jeremy Pruitt argues a call during the first half of an NCAA college football game against Alabama, in Tuscaloosa, Ala. No. 16 Tennessee has given coach Jeremy Pruitt a raise and a contract extension through 2025 after two seasons on the job. Tennessee announced the extension Thursday, Sept. 24, 2020, that will hike Pruitt's pay from $3.8 million this season to $4.2 million in 2021. (AP Photo/Vasha Hunt, File)

KNOXVILLE, Tenn. -- No. 16 Tennessee has given Coach Jeremy Pruitt a raise and a contract extension through 2025 after two seasons on the job.

Tennessee announced the two-year extension Thursday that also will increase Pruitt's pay $400,000 from this season to $4.2 million in 2021.

Pruitt is 13-12 as a head coach heading into Saturday night's season opener at South Carolina. The Vols start this pandemic-affected season ranked No. 16 having won six straight games, including the Gator Bowl in January. He also has had a top 10 recruiting class for 2020.

Athletic Director Phillip Fulmer said he was excited for an extension that allows Pruitt to build on the momentum the program has after last season.

"He has made excellent progress entering just his third year and clearly realizes there is much work still to be done," Fulmer said. "This extension secures him to continue his efforts to return our program to a championship level and shows our commitment to him, his staff, this team and the future of the Tennessee Volunteers."

Fulmer said he and Pruitt were close to finalizing the extension early this year. Once the coronavirus pandemic hit and Tennessee learned how it would affect the department, Fulmer said Pruitt told him he didn't want a raise this year.

"His selflessness and concern for the greater good has been neat to observe through all of this," Fulmer said in a statement.

Pruitt had a six-year, $22.8 million contract paying him $3.8 million a year plus benefits when he was hired Dec. 7, 2017. Pruitt said he and his family are grateful to Tennessee's unwavering commitment, and he's excited about the future.

"We have worked hard to build our program the right way in a short amount of time, and there is still much work to be done," Pruitt said.

Pruitt helped win five national championships as an assistant coach and was a defensive coordinator at Alabama, Georgia and Florida State. The Vols turned around a 1-4 start a year ago that had fans wanting Pruitt fired by winning seven of their final eight games to finish 8-5. 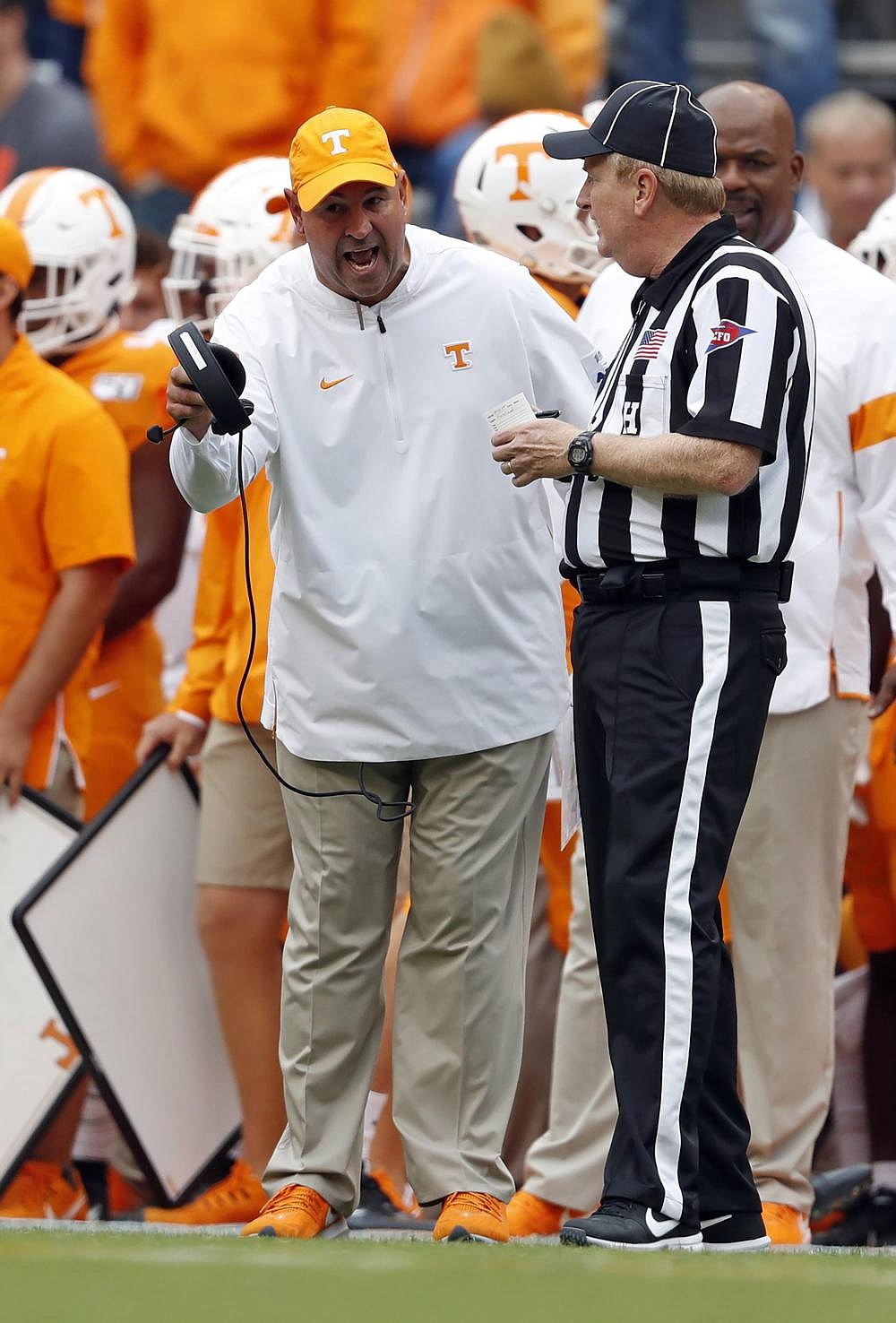 Tennessee Coach Jeremy Pruitt (left) received a two-year extension and a pay raise that will have him making $4.2 million in 2021. (AP file photo)
ADVERTISEMENT