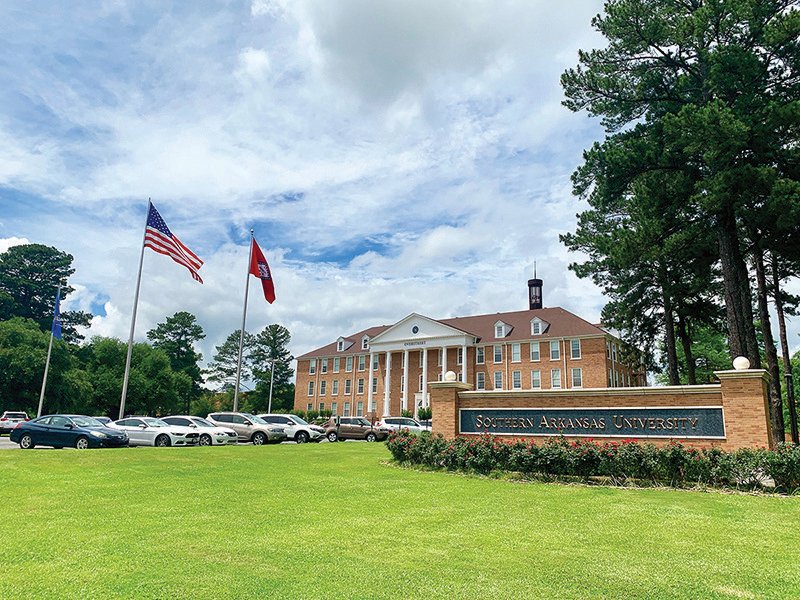 The Arkansas Supreme Court on Friday vacated a lower court's gag order barring many categories of people, including members of the media, from discussing the criminal case related to an Aug. 11 shooting on the campus of Southern Arkansas University in Magnolia.

In doing so, the court responded to a request submitted by attorneys for the Arkansas Democrat-Gazette and the Arkansas Press Association, which had appealed to the state's high court. In a petition for the Supreme Court's review, attorneys for the media last month argued that the circuit court's gag order was unconstitutional.

In the Supreme Court's brief order granting a review of the matter, known as a writ of certiorari, the court vacated the circuit court judge's four identical gag orders pertaining to the four defendants in the criminal proceeding. The Supreme Court's order did not elaborate on the justices' reasoning behind the decision to vacate.

The orders on publicity were issued last month by Judge David Talley Jr. of the 13th Judicial Circuit in south Arkansas.

Talley issued the gag order after Ryan Phillips, one of the prosecuting attorneys in the case, requested it when the defendants were arraigned Aug. 17. At the time, the judge said he was "watching out for both sides." He wanted to prevent the release of "extraneous information," Talley said.

According to court records, Talley took the additional step of directing the clerk to seal documents in the case, including probable-cause affidavits.

In an Aug. 28 petition to the Supreme Court for writ of certiorari, attorneys for the media wrote that the circuit court exceeded its authority because the gag order represented an unconstitutional restriction on speech and the press.

Additionally, attorneys argued that the judge's order was "unconstitutionally vague and overbroad" because it applied to people such as friends of the parties involved and any public official currently holding office.

Before granting the writ Friday, the Supreme Court on Sept. 17 issued a stay of the gag order, pending further review by the court.

According to Friday's order granting review by the Supreme Court, Justice Courtney Rae Hudson would have dismissed the media's petition for writ of certiorari. Justice Shawn Womack would have denied the petition, the order said.

When asked about the significance of the Supreme Court vacating the gag order in light of the court's prior stay, Alec Gaines, one of the attorneys representing the media in the appeal, said by email Friday that the Supreme Court's decision to vacate "serves as precedent versus temporary relief." Gaines is married to Eliza Hussman Gaines, managing editor of the Democrat-Gazette.

According to Alec Gaines, Friday's order from the Supreme Court indicates that the court will not issue a lengthy formal ruling or hear oral arguments in the case. From Gaines' point of view, the matter ended with the order Friday, he said.

The shooting took place after midnight on the morning of the first day of fall classes. Many details of the incident remain unclear.

Four men, three of them Southern Arkansas University students, have been held in the Columbia County jail without bail since last month in connection to the shooting. They face capital murder and aggravated robbery charges.

The defendants, who are all between 19 and 21, are Quincy Lewis of Little Rock, Shaivonn "Shakey" Robinson of Vacherie, La., Le'Kamerin "Kam" Tolbert of Little Rock and Odies Wilson of North Little Rock.

All but Lewis were enrolled at Southern Arkansas University, the university said last month, and the three current students had ties to the school's football program.

"The gag order was unconstitutionally broad and vague and it put a gag on the news media itself," Eliza Gaines wrote in an emailed statement Friday following the Supreme Court's order. "This is a victory for the press. The public deserves accurate, detailed and clear information concerning the proceedings of the criminal justice system."

Earlier this week, Southern Arkansas University's vice president for student affairs released internal university correspondence to the Democrat-Gazette following the Supreme Court's stay of the gag order. The records had been requested under the state's open-records law, but the request was denied last month, with the administrator, Donna Allen, citing the judge's gag order.

According to the correspondence records, Allen emailed university President Trey Berry on Aug. 17 to inform him that the circuit court was going to issue a gag order.

"There will be a gag order put in place by the judge in court today regarding the case. That's wonderful for us," Allen wrote.

Additional records show Allen and Berry exchanged text messages discussing the shooting and subsequent news coverage. The administrators also expressed fears that the victim's mother had learned of her son's death through social media, though Allen later told the Democrat-Gazette that was inaccurate and the mother had been informed by the authorities.

Although the correspondence records were released this week, Allen also denied another previous request for police records related to the shooting, citing the Arkansas Freedom of Information Act's exemption for records pertaining to "undisclosed investigations by law enforcement agencies of suspected criminal activity."