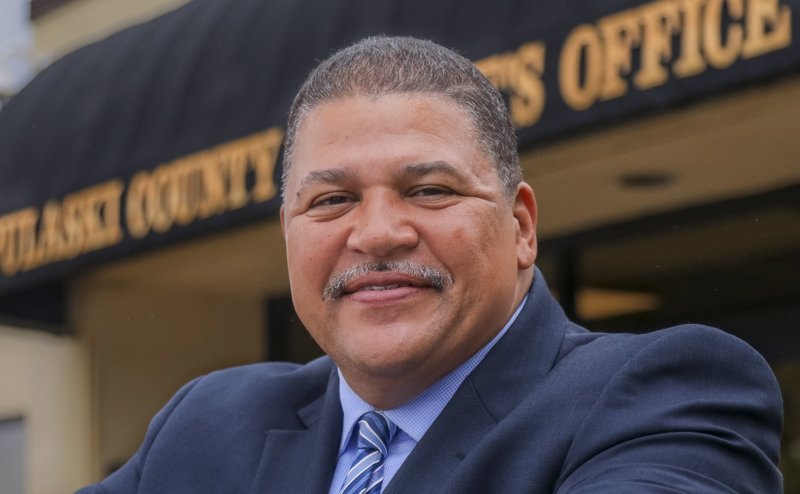 The funding has been raised by the Pulaski County Sheriff's Prevention and Reentry Foundation, which is chaired by John Flake, a local real estate investor.

"We support the sheriff in what he's doing because if somebody has been incarcerated, and they're getting ready to get out, people have to have hope," Flake said. "There's got to be something out there for them where they can go to."

The group was formed at the request of Higgins to privately fund the programs, and, according to Flake, they have been successful.

"So far they've been extraordinarily successful," Flake said. "I think people in business and the community leadership understand that we have to support people who have completed their commitment to society for whatever reason they were incarcerated. And what we're doing is trying to supply those people with the opportunity to come back and step down into a program where they learn how to function in society."

The programs will primarily be targeting two areas for prevention through youth programs and reentry programs for incarcerated individuals.

For the youth, the sheriff's office hopes to expand the Junior Deputy program with mentoring, implement an explorer program to expose youth to law enforcement and institute paid cadet positions for youths under 21.

"I'm a product of it," Higgins said. "The Little Rock Police Department, I was hired there as a cadet, and I was going to school at UALR. I had no desire to be a police officer. I was just looking for a job while I was in college, and I finally was hired at Little Rock Police Department with the intent to just simply work there till I turned 21 and moving on, but from that experience, I realized the impact you can have on people's lives."

"I had a gentleman make that comment to me as a cadet that they'd have to change the way they view police officers," Higgins said. "I was returning some stolen property to him and at the department."

"There's some good people that don't make good officers because we ask a lot of the officers," Higgins said. "They're risking their lives and we're asking them to take on that role."

Higgins described himself in the past as a "hug a thug" sheriff who cares about the incarcerated population of the jail. He wants to set up offenders in his jail for success when they are released from the prison.

This side of the plan will also use existing classes in tandem with new programs to help those who are reentering into the general public.

Work readiness is an area where the jail would need funding, according to Higgins, and would partner the sheriff's office with the business community to help outgoing inmates find a job.

The final phase would allow inmates to work at their job outside of the jail and would require more resources for transport of an inmate.

These programs will also be available to those serving sentences in the state penitentiary thanks to a partnership "Swap" program between the Pulaski County sheriff's office and the Arkansas Department of Corrections.

Under the partnership, convicted inmates in the Pulaski County jail who are waiting on bed space in the state penitentiary will swap with 10 inmates who only have months left to serve on their sentence.

"They identify people who would qualify for a reentry program prior to release when they have seven months on their sentence, maybe a little longer, to allow them to come here," Higgins said. "For example, we get 10 people from the Department of Corrections, [and] they will take 10 out of our facility."

The push will also involve other partnerships that center around housing and other services for released inmates.

Higgins' programs will also include drug addiction services. Helping those who are addicted, he said, will lower crime in the community.

If they can help those with drug addiction and mental health issues, according to Higgins, that can make a drastic change in the community.

The concept of helping exiting inmates with reentry isn't new, but the exact programs have not been attempted, according to Higgins.

The sheriff's office had existing programs for women and planned to begin similar ones for men before the covid-19 pandemic. Higgins said they were headed this direction six months ago, but because of the pandemic, everything was put on hold.

"It was very difficult," Higgins said. "Initially in March, when we stopped in-person visitation, we stopped our reentry program because we depend on a lot of volunteers coming in. So, we had to stop that. After about a month, we started using platforms like Zoom to do remote classes."

Digital classes can be helpful, but nothing beats in-person contact, according to Higgins. He hopes to have in-person classes resume sometime in October.