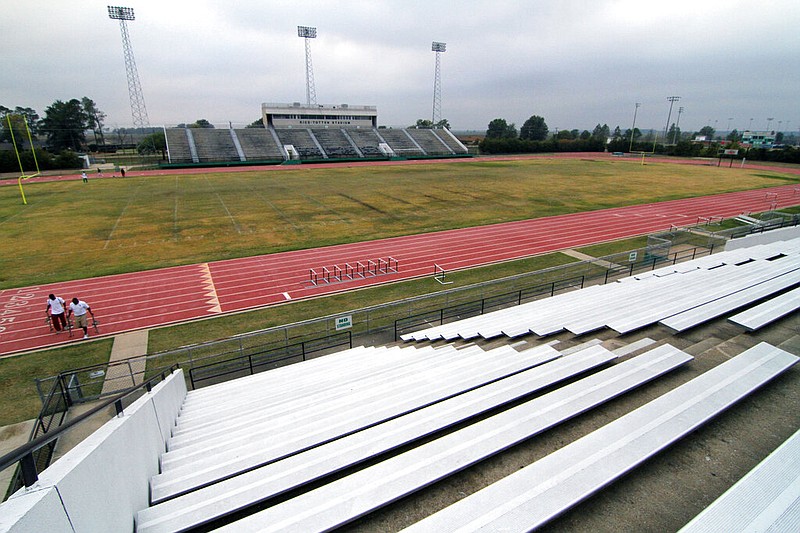 ITTA BENA, Miss. — Tyrin Ralph enjoyed a productive day returning kickoffs and punt returns, but it was his last chance that gave the senior from New Orleans the biggest return on his investment.

Ralph took a punt back 75 yards for a go-ahead touchdown with 1:54 left, and the University of Arkansas-Pine Bluff remained unbeaten with a 24-17 victory over Mississippi Valley State on Saturday.

“First I just want to give kudos to the guys up front,” Ralph said. “They just created lanes for me. I had to make a few guys miss, but it was up to them.”

“It’s not going to happen every time,” he said. “With [more than] one minute left and they’re kicking the ball to me, I knew I was going to make a play.”

Ralph’s touchdown was the most important in a game where official statistics were not kept due to technical issues.

The Golden Lions improved to 3-0 overall and in the Southwestern Athletic Conference. They also moved within one game of their first Western Division championship since winning the 2012 SWAC title game.

But a Delta Devils team that hadn’t played in three weeks gave them all they could handle. The Delta Devils’ defense held UAPB — which averaged 40.5 points per game in their first two contests — to a season-low 17 points from the offense.

UAPB now leads the all-time series 27-24-1, having won two straight in a border rivalry of two small universities in the Delta region.

“I’ve taken to it,” said Gamble, who was named head coach in April, about the rivalry. “They say, ‘Hey, you’ve got Mississippi Valley right up the road. And I say, ‘What about the other teams?’ [They say], ‘Nah, it’s Valley.' I’ve been corrected a couple of times. I knew it was tough because we came up here in '18 and we went to overtime.”

Mississippi Valley State (1-2), which has a forfeit win against Alcorn State to its credit, got the ball back after Jacory Rankin fumbled the kickoff return after Ralph’s touchdown. UAPB’s Omar Allen II fumbled a third-down carry to the Delta Devils with 1:28 left. Defensive end Athen Smith responded with a 5-yard sack of Jalani Eason, forcing the Delta Devils to call their final timeout.

A short run followed by a dropped Malik Myers catch and a small gain for Dederrian Williams on a swing pass ended the Delta Devils’ hopes.

Mississippi Valley State made game-changing plays of its own. Defensive back Caleb Brunson picked off Skyler Perry and returned it to midfield with 8:03 left in the game. The very next play, Caleb Johnson broke a 50-yard touchdown run up the middle to tie the game at 17-17.

Orlando Fernandez kicked a 40-yard field goal five minutes into the game to give MVSU a 3-0 lead. UAPB went scoreless on three drives in the first quarter, but took a 7-3 lead on the first play of the second quarter when DeJuan Miller hauled in an 8-yard touchdown from Perry.

Running back Mattias Clark aided the drive with a 32-yard carry.

UAPB built some momentum off its second onside kick in as many games on the next play. Zack Piwniczka executed a successful pooch kick that Kylan Herrera fielded down the Delta Devils’ sideline.

Perry then threw completions to Ralph for 17 yards and Harry Ballard III for 28 yards before picking up his own fumble and hitting Josh Wilkes — who came down with one foot in the back of the end zone — from 5 yards out, upping the Golden Lions’ lead to 14-3 with 12:54 left in the first half.

Johnson committed a costly fumble on a punt return, extending what would be an 18-play scoring drive for UAPB. Perry caught a 16-yard reverse pass from Miller down to the MVSU 2 but came up hobbling with an ankle injury. Piwniczka converted an 18-yard field goal with two seconds left in the half.

Two personal-foul penalties against the Golden Lions helped the Delta Devils pull within 17-10. Johnson took a late pitch from Eason and ran 4 yards for a touchdown.

Perry came back in the second half after backup Taylor Holston relieved him.

“In the grass, I felt I had to put in a little extra pressure on the foot,” Perry said. “I had to do all I can for the guys. I felt a little pressure, but it didn’t take me out of my element.”