Tornado watch issued for much of state 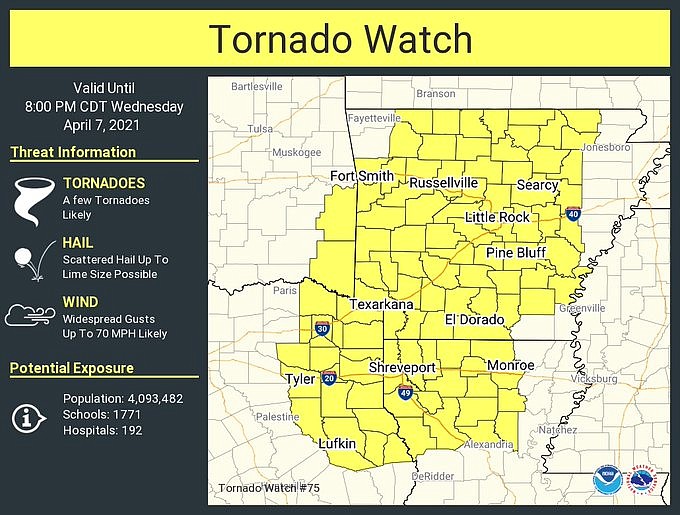 Much of the state on Wednesday is under a tornado watch until 8 p.m., according to this National Weather Service graphic.

A tornado watch is in effect for most of Arkansas until 8 p.m. Wednesday, according to the National Weather Service.

The agency announced the watch, which includes portions of Louisiana, Oklahoma and Texas, in an update on their website at about 12:40 p.m.

In a post on Twitter, the agency announced plans to postpone their weather radio alarm test until Thursday. 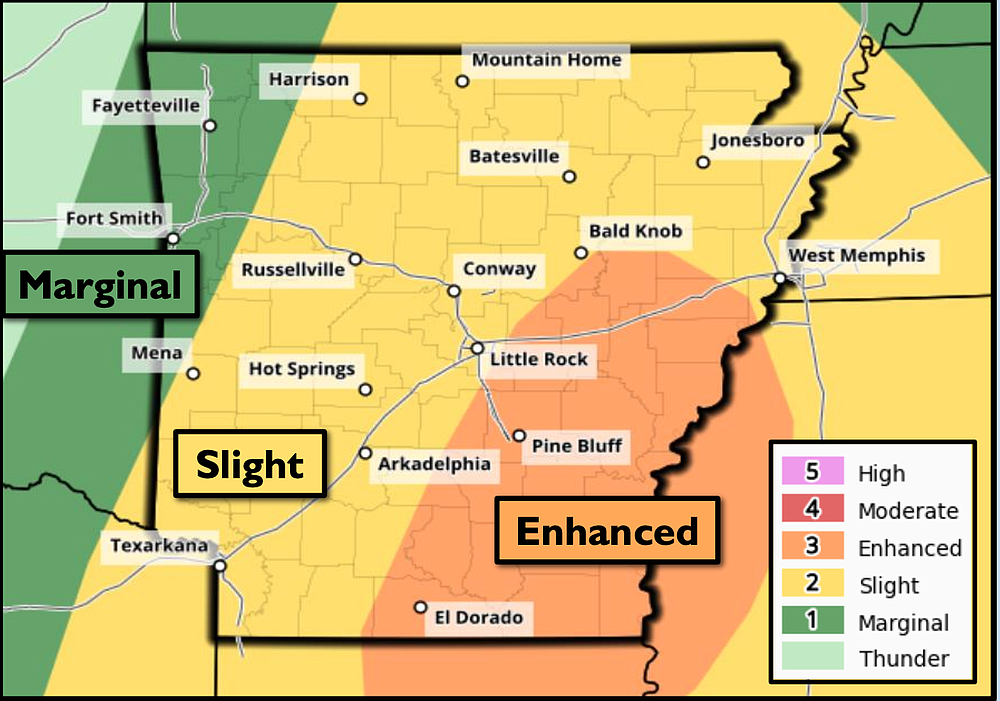 This National Weather Service graphic shows much of the state is at risk for severe weather. Wednesday.

A cold front moving across the state Wednesday will bring a risk for strong winds, hail and isolated tornadoes, according to the National Weather Service.

Much of the southeastern half of Arkansas is at an enhanced risk for severe weather, mainly in the afternoon, a weather service briefing states, while large portions of the rest of the state are at a slight risk. Weather hazards include hail up to the size of a quarter, wind speeds up to 80 mph and a low potential for tornadoes.

The weather service said rainfall levels of up to an inch are possible for the eastern half of the state, while two inches or more are possible in eastern and southeastern parts.

The storms will move east during the day, entering the state in the afternoon, forecasts show

This story has been updated. It was originally published at 10:37 a.m.