Pilgrim making an impact off court 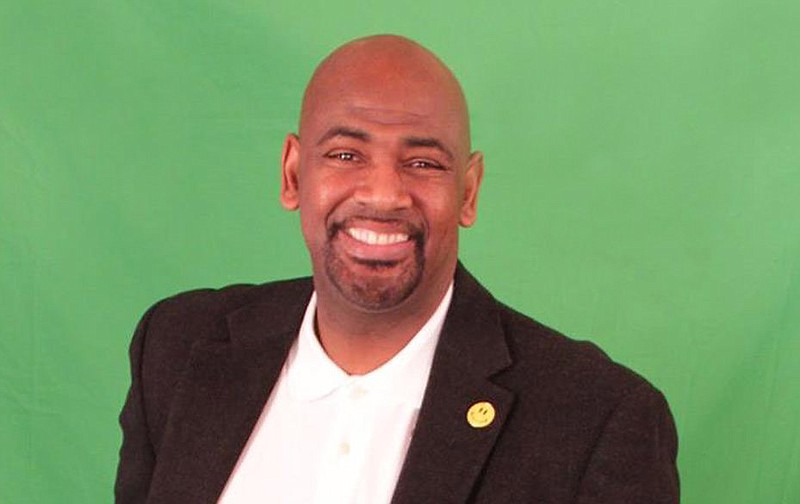 Whether he's in front of a classroom of students or speaking to corporate executives, Lawson Pilgrim's presentations typically begin the same way.

Music blares from the speakers. Yellow inflatable balls stamped with smiley faces bounce around the room. And by the time one of Arkansas' greatest winners reaches the stage with "the secret to success," the crowd is usually on its feet.

"I get people feeling good," Pilgrim said. "We get them excited and engaged. I connect with them, and then all of a sudden I start laying out my strategies for success."

The former Conway High School and Hendrix College basketball standout is now 63 years old and has spent the last three decades as a motivational speaker and success coach.

Pilgrim's colorful introductions and enthusiastic presentations are true to self, resembling the "bubbly" personality and positive leadership former Conway boys basketball coach Joe Graham knew long ago. Yet his strategy of pulling people in with his rousing openings, the one he's taken with him to schools and board rooms all over the country, came from someone else.

Long-time Hendrix basketball coach Cliff Garrison -- an admirer of UCLA legend John Wooden -- opened most every practice at the old Grove Gymnasium over his 31 years leading the Warriors with a "thought of the day" for his players, something to energize them before they stepped onto the floor. That concept never left Pilgrim.

"We were inspired before we even hit the court," Pilgrim said. "We were energetic and motivated and inspired to give our best effort. It taught me a way to set people up for success."

It's one of many lessons he picked up during his basketball career that he's since incorporated into his work as a speaker.

Pilgrim will be inducted into the Arkansas Sports Hall of Fame on April 16. The 1976 Arkansas High School Player of the Year won AAA state titles with the Wampus Cats in 1974 and again in 1976, when Conway finished 36-0. He lettered in his lone season at the University of Arkansas before transferring to Hendrix, where he was twice named an NAIA All-American and led the Warriors to Arkansas Intercollegiate Conference championships in 1980 and 1981.

Across Pilgrim's high school and college careers, his teams won 302 games and lost only 39, giving him a career a winning percentage of 88.3.

Today, Pilgrim coaches success through positive thinking, goal-setting and focus, with programs aimed at young people and business professionals alike. For all the winning Pilgrim enjoyed, his time on basketball courts across the state also laid the foundation for his future as a motivator to the masses and a teacher of success to anyone within ear shot.

"I think he's carried everything from his basketball career over," Garrison said. "His enthusiasm. A love for what he's doing. He's one of those rare individuals who could always make the people around him better."

Pilgrim was the youngest of seven children growing up in a three-bedroom house in Conway, not 5 miles from the Hendrix campus.

My dad was gone three weeks out of the month working on the railroad to provide for his family," Pilgrim said. "My mother, she was a disciplinarian."

Elnora Pilgrim kept each of her seven children busy with work around the house, with her youngest son often scrubbing the floor, washing dishes and mowing the lawn. The upbringing gave Pilgrim a work ethic that later spilled onto the basketball court.

Pilgrim, who grew to 6-6, stood out not only for his stature and skill at Conway, but also his drive. Graham, who coached at Conway from 1972-2000, recalls his best player was also his hardest worker, the kind who dove for loose balls and took charges in practice, and always led the pack in sprints.

"If you asked a coach what kind of a player you'd like to have and they named a whole bunch of attributes, Lawson had all of them," Graham said.

Pilgrim lost 11 games in high school and was named a national high school All-American after leading the Wampus Cats to their undefeated state title when he was a senior.

"When I got onto the court, it was about giving my best effort," Pilgrim said. "I knew that if I gave my best effort, good things and great things were going to happen. I learned that basketball, like life, was all about developing successful habits."

His high school success earned Pilgrim a scholarship to play for Eddie Sutton and the Razorbacks, as Arkansas went 26-2 and earned a Southwest Conference title as he lettered as a freshman in 1977 before a transfer to Hendrix brought him closer to home.

He redshirted in his first season with the Warriors and returned with tendinitis in both knees, the result of a summer spent running on the asphalt roads of Conway. Pilgrim soon discovered swimming to be the remedy to his aching knees, and was routinely caught past operation hours in the Hendrix pool, the same one he grew up in.

At Hendrix, Pilgrim reunited with three former Conway teammates and led the Warriors to back-to-back AIC championships while earning all-conference honors in 1980 and 1981. It was with the Warriors that his passion to be better and to achieve success grew under Garrison's teaching.

More than 40 years later, Pilgrim recalls the messages Garrison placed in front of the team each day, quotes such as, "Nothing great was ever achieved without enthusiasm," and "There's no line so thin than which separates those who win and those who lose." Each "thought of the day" pulled Pilgrim further in and altered his perspective well beyond the confines of Grove Gymnasium.

"Coach Garrison was a great motivator," Pilgrim said. "We connected. He had a significant influence on me."

The quotes -- as with the habits he developed at Conway -- energized Pilgrim then, and stick with him now. The experiences shine through every time he speaks in front of a group, whether its in his loud and flashy openings or the lessons he applies to every day life in his programs; his life and work today influenced so powerfully by the time spent on basketball courts across the state years ago.

"Basketball taught me the importance of a positive mindset and having good systems in place," Pilgrim said. "That certainly rolled over to what I do today."

Pilgrim at a glance

NOTEWORTHY Forward at Conway High School (1973-76), where he became a two-time Class AAA boys basketball state champion (1974, 1976) and was a member of a 36-0 Wampus Cats squad as a senior in 1976. ... Was named allstate in his junior and senior seasons, and earned Arkansas High School Player of the Year honors in 1976. He was also a national high school all-American in 1976, and lost only 11 games in his high school career. ... Lettered as a freshman at the University of Arkansas under coach Eddie Sutton in 1977 as the Razorbacks went 26-2 and won the Southwest Conference title. ... Transferred to Hendrix College and played through tendinitis in both knees to lead the Warriors to backto- back Arkansas Intercollegiate Conference championships in 1980 and 1981. Was twice named an NAIA All-American.

The second in a series profiling inductees into the Arkansas Sports Hall of Fame Class of 2021. The induction ceremony will be held at 6:30 p.m. on April 16 at the Statehouse Convention Center in Little Rock. 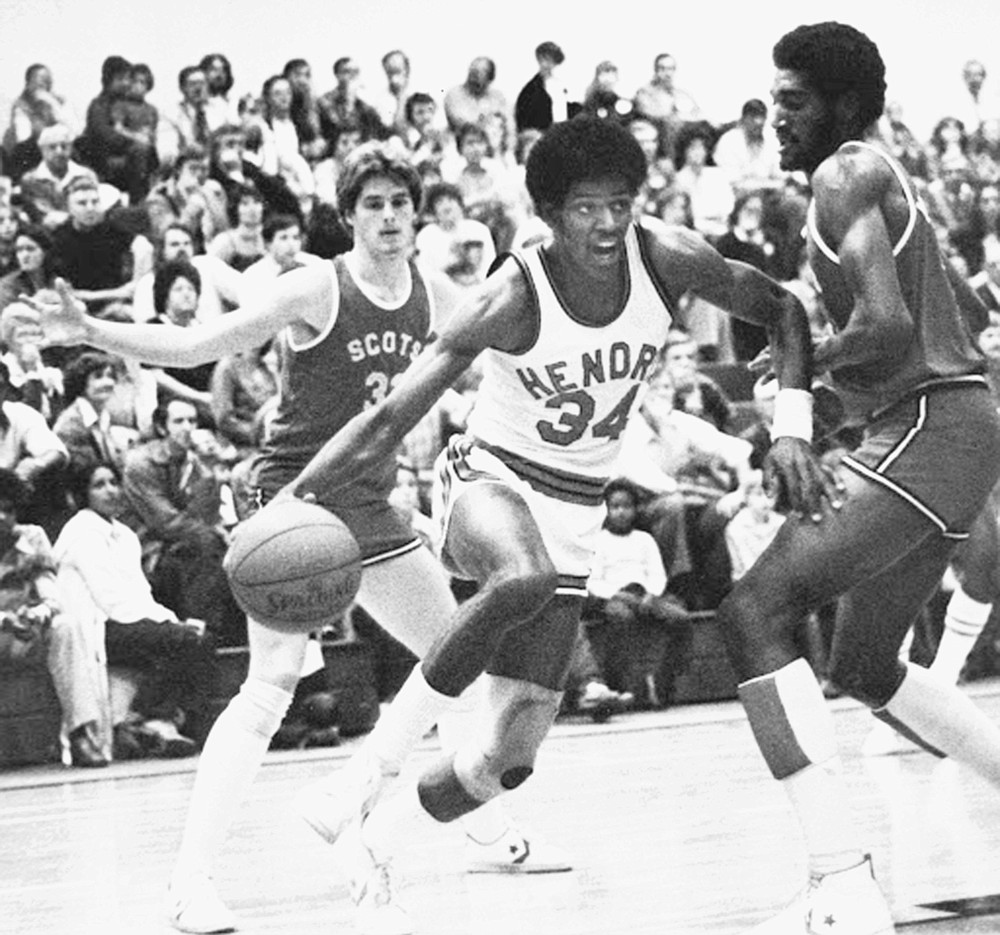