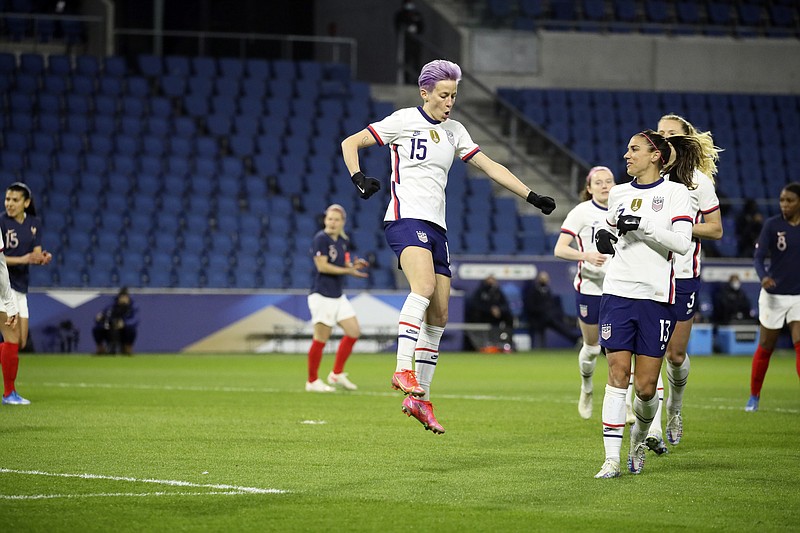 United States' Megan Rapinoe (15) celebrates after scoring on a penalty kick during the first half of an international friendly women's soccer match between the United States and France in Le Havre, France, Tuesday, April 13, 2021. (AP Photo/David Vincent)

The United States extended its unbeaten streak to 39 games, dating to January 2019 when the Americans fell to France 3-1.

"I felt like tonight we had a good showing, and it's always nice to get on the score sheet against France. It makes it that much more special in France," Morgan said.

Rapinoe scored on a penalty kick in the fifth minute. She leads the team with seven goals in seven matches this year.

Morgan credited her preseason training with the National Women's Soccer League's Orlando Pride for helping her return to top form after the birth of her daughter last year as well as a bout with covid-19 over the holidays.

"I've been with Orlando day in and day out trying to gain 90-minute fitness," she said. "So coming into this camp, I felt really sharp and fit and felt like if 90 minutes was asked of me that I could take that on."

Rapinoe scored twice against the French in a 2-1 quarterfinal victory at the 2019 World Cup, and the United States went on to win its second consecutive title in the tournament. France had not lost a match since then.

France was missing some of its top players, including Wendie Renard, Amandine Henry and Dephine Cascario, because of a coronavirus outbreak on that trio's club team, Lyon.

The Americans were coming off a 1-1 draw against Sweden on Saturday in Stockholm that snapped a 16-game winning streak. The United States, the top-ranked team in the world, is preparing for the Olympics in Tokyo.

"I think our game against Sweden, we were a little bit sloppy. We were giving away a lot of balls, and the way we want to play we can't do that. If our technique breaks down then our tactics break down," captain Becky Sauerbrunn said. "We wanted to be technically clean for this game, we wanted to come out flying with a lot of energy, and I think we did both."

France beat England 3-1 on Friday. The third-ranked French did not qualify for the Olympics. 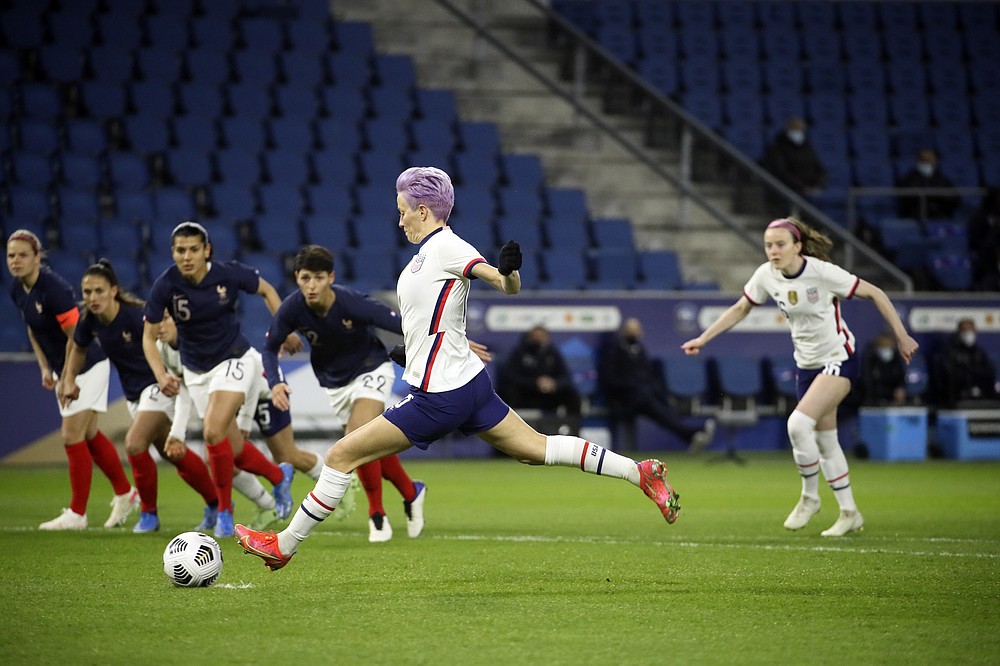 United States' Megan Rapinoe scores on a penalty kick during the first half of an international friendly women's soccer match between the United States and France in Le Havre, France, Tuesday, April 13, 2021. (AP Photo/David Vincent) 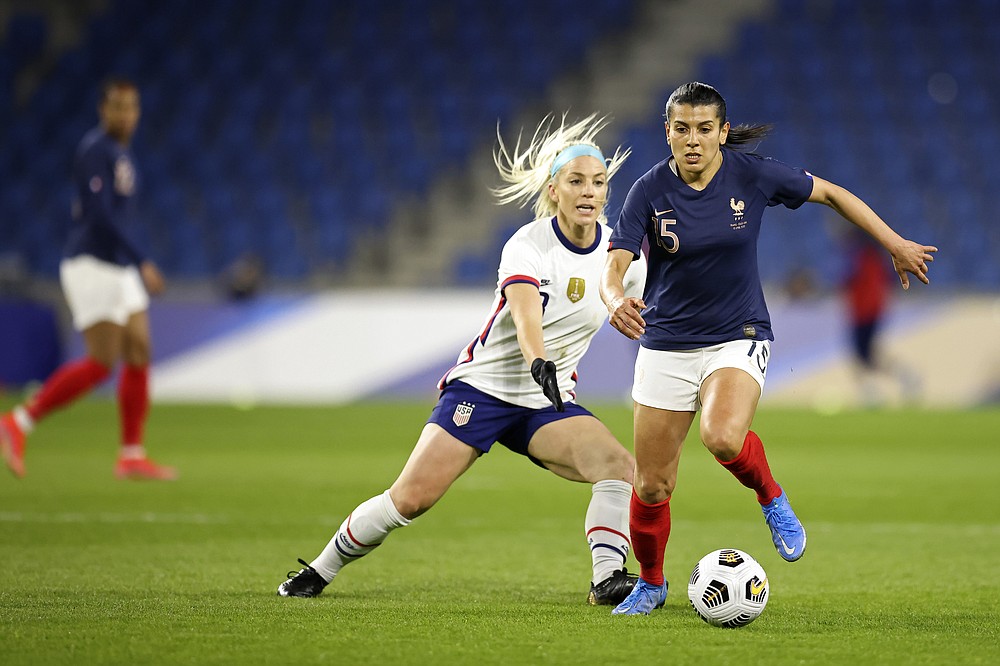 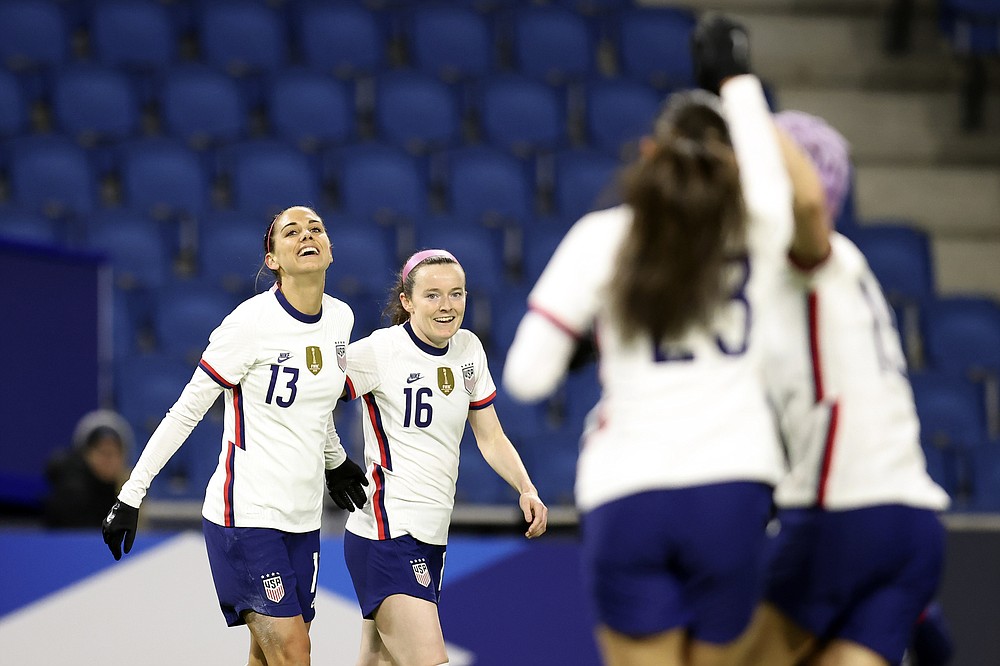