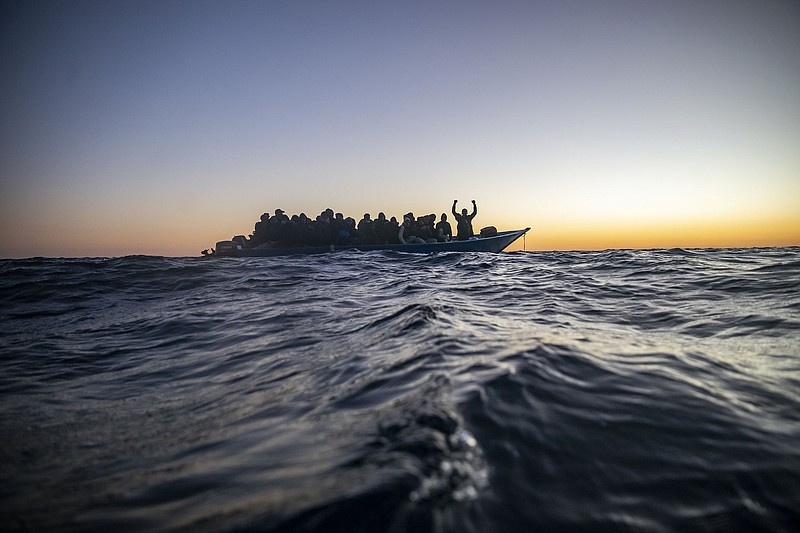 Migrants and refugees from African nations wait for assistance in February aboard a crowded wooden boat in the Mediterranean as aid workers of the Spanish NGO Open Arms approach. (AP/Bruno Thevenin)

MILAN -- The head of the U.N. refugee agency Friday said he has urged Italy not to unnecessarily impede nongovernmental organizations that operate migrant rescue ships in the central Mediterranean, as warmer weather is expected to bring the usual seasonal uptick in the departure of smugglers' boats from Libya.

Charities that operate the boats complain that safety measures required by Italy are tantamount to blocking their operations.

"We need to find a balance," Grandi said. "On the one side, it is clear the rescues at sea need to be carried out, also by NGOs [nongovernmental organizations], following safety criteria. On the other hand, there shouldn't be requests for excessive measures that impede this essential effort by the NGOs to save people who are crossing."

"I completely disagree with any attempt to penalize the NGOs for what they are doing. It is a precious and vital job," Grandi added. He said there was no evidence that the presence of the boats encourages more departures, as critics of the rescues claim.

Italy currently has blocked the ship Sea-Watch 3 in Sicily, while the Alan Kurdi, which had been blocked in Sardinia, has been allowed to travel to Spain for routine maintenance while proceedings on the administrative measure are pending. The boats are operated by the Sea Watch and Sea-Eye humanitarian groups, both based in Germany.

Grandi also addressed criticism aimed at Draghi over comments he made during a recent visit to Libya praising the Libyan Coast Guard for rescuing migrants. Critics shot back that the migrants often end up in detention centers, where they are mistreated and often tortured.

The EU funds the Libyan Coast Guard, and Grandi said "what worries me is the same investments have not been made in other Libyan institutions" that could aid migrants returned to Libya, in a bid to end "the vicious cycle of detention, abuse and new attempts at crossing."

Grandi said the abusive detentions need to be halted, calling it a "titanic challenge," and called on Libyan authorities to take strong action against organized crime that is behind the abuse of migrants.

Migrant arrivals in Europe through the Balkans also are increasing, though still lagging behind sea routes. Grandi said there have been human rights abuses by countries along the route including "brutal pushbacks that we haven't seen in a long time."

He cited Greece, Cyprus and Croatia.

Still, a growing number of migrants are arriving in Italy via the land route, and Grandi said Italy's organization to deal with the numbers was still not adequate and needed to be improved "to avoid social tensions." At the same time, he said Italy should not be left alone to deal with migration.

"On the question of the Balkan route, it is clear that the only response has to be a European response. It cannot be an Italian response," he said. "Also for the other countries on the front lines, they cannot be left alone to cope with this phenomenon." 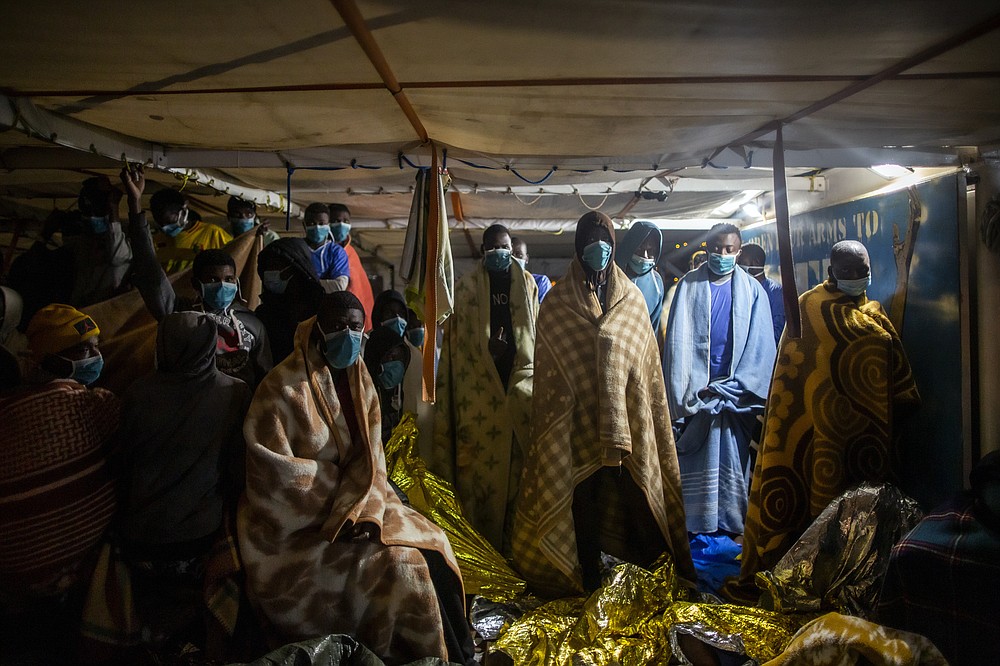 FILE - In this Feb. 15, 2021 file photo, migrants and refugees from from different African nationalities wearing blankets due to the cold, wait on the deck of the Spanish NGO Open Arms boat to disembark after being rescued in the Mediterranean Sea, international waters. The head of the U.N. refugee agency on Friday said he has urged Italy not to unnecessarily impede NGOs that operate migrant rescue ships in the central Mediterranean, as warmer weather is expected to bring the usual seasonal uptick in the departure of smugglers’ boats from Libya. Charity boats “fill an important void” in the absence of collective EU efforts, Filippo Grandi told reporters after meeting a day earlier with Italian Premier Mario Draghi. (AP Photo/Bruno Thevenin)
ADVERTISEMENT