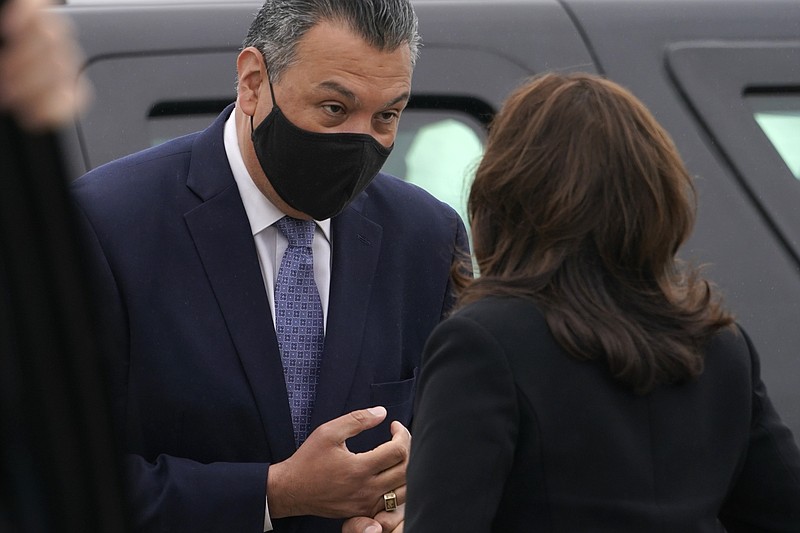 WASHINGTON -- Democratic lawmakers on Wednesday unveiled legislation that would invest $25 billion to convert the nation's fleet of gasoline- and diesel-powered school buses to electric vehicles, building on a component of President Joe Biden's $2.3 trillion infrastructure plan to improve children's health.

The legislation led by Sen. Alex Padilla, D-Calif., seeks to build on the administration's effort this week to promote the electrification of school buses, which Biden sees as an important step in addressing climate change and economic inequities.

School buses make up 90% of the nation's total bus fleet and typically carry nearly 25 million children each day. Emissions from diesel engines may contribute to respiratory illnesses in children, studies have found, and have been linked to poor academic performance.

The bill introduced Wednesday would authorize federal grant money over 10 years, with 40% of it devoted to replacing school buses that serve mostly nonwhite, poorer communities.

It would cover the expense of purchasing electric school buses, building charging stations and providing workforce training. The legislation also directs the Environmental Protection Agency to conduct outreach to help school districts with the transition.

[Video not showing up above? Click here to watch » https://www.youtube.com/watch?v=lYyoo3RBPtg]

"I know firsthand how outdated diesel school buses expose our children to harmful and unnecessary pollution," Padilla told The Associated Press, explaining how as a kid he frequently rode the bus to get to class and for after-school programs such as baseball games. "Growing up in the San Fernando Valley, my lungs would be filled with diesel exhaust by the time I arrived at school each day."

"Transitioning our school bus fleet to zero-emission vehicles is an essential aspect of building equitable, sustainable infrastructure and is a wise investment in our children, our environment and our future," he said.

"Children in Georgia and across America should be able to get to and from school each day without breathing polluted air, and the covid-19 pandemic has only exacerbated challenges for children already managing respiratory problems," Warnock said. "The Clean Commute for Kids Act will help keep our students safe."

The lawmakers' push comes in a week when Biden and Vice President Kamala Harris are highlighting their proposed $45 billion in infrastructure spending to accelerate the adoption of zero-emission transit buses and school buses. On Monday, Harris visited a North Carolina bus manufacturing plant and urged $20 billion in investments to help convert the nation's 500,000 school buses to electric.

Harris' focus on the issue dates back to legislation she introduced as a senator in 2019 that would have provided $1 billion in federal grants to help districts electrify school buses. The issue later was a plank in Vermont Sen. Bernie Sanders' proposed Green New Deal.

Padilla was appointed by California Gov. Gavin Newsom to fill Harris' seat when she was elected vice president.

The legislation faces an uphill climb to attract 60 votes needed for passage as a stand-alone bill in a Senate divided 50-50, with Harris casting the tiebreaking vote. But as lawmakers start building the Biden infrastructure bill, the measure could become a piece of the broader package that could have more support or that congressional Democrats may try to muscle through on 51 votes via a budget process called reconciliation.

The bill has earned support from an array of outside groups, including the American Federation of Teachers, the Environmental Defense Fund, the Environmental Law & Policy Center, the League of Conservation Voters and the Union of Concerned Scientists.

"Public schools are huge consumers of mass transit, and the challenge of getting students to school buildings in a more green, efficient way is one we must tackle immediately," said Randi Weingarten, the teachers union president. "By investing in zero-emission school buses we can create cleaner, healthier, more sustainable school communities where our children don't just survive but actually thrive."

"It is high time that the millions of children exposed to lung-harming diesel pollution during their commute to and from school be afforded a clean and safe ride," she said. 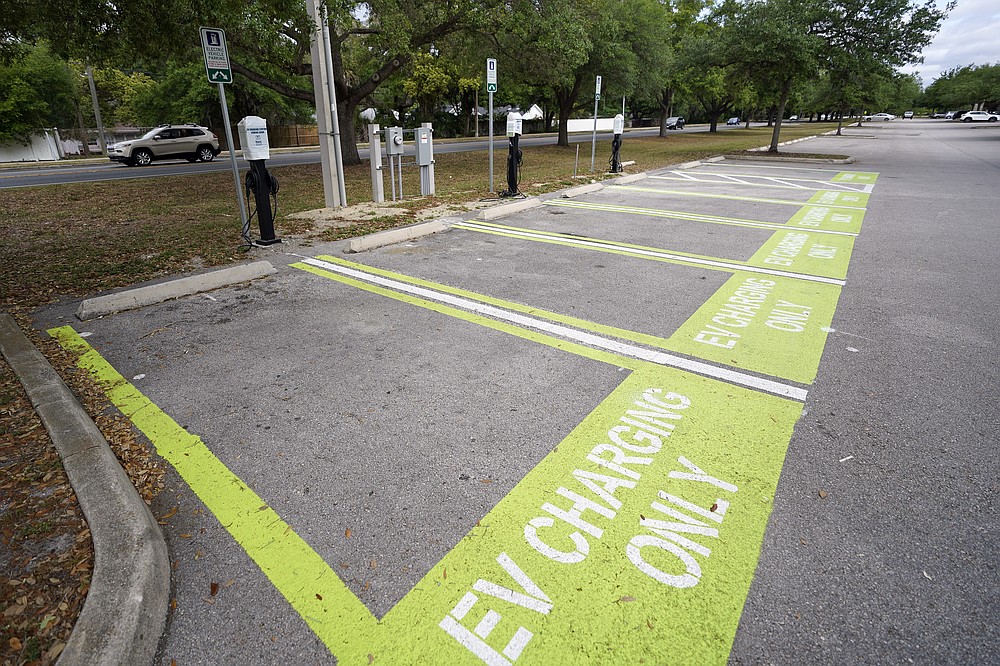 A parking area with charging stations for electric vehicles at a public park is seen Thursday, April 1, 2021, in Orlando, Fla. As part of an infrastructure proposal by the Biden administration, $174 billion will be set aside to build 500,000 electric vehicle charging stations, electrify 20% of school buses and electrify the federal fleet, including U.S. Postal Service vehicles.(AP Photo/John Raoux) 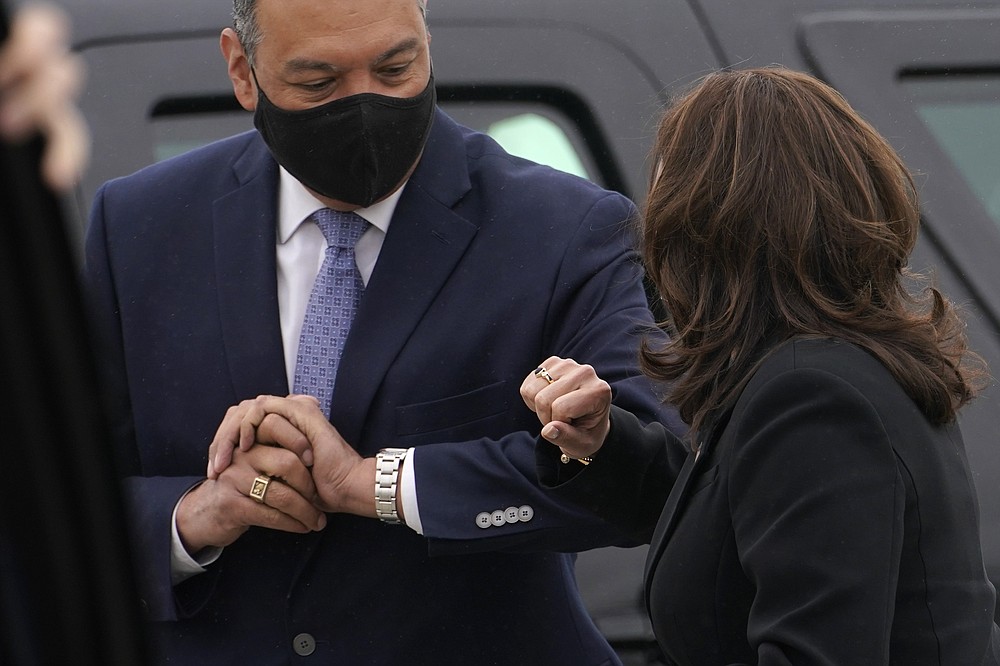 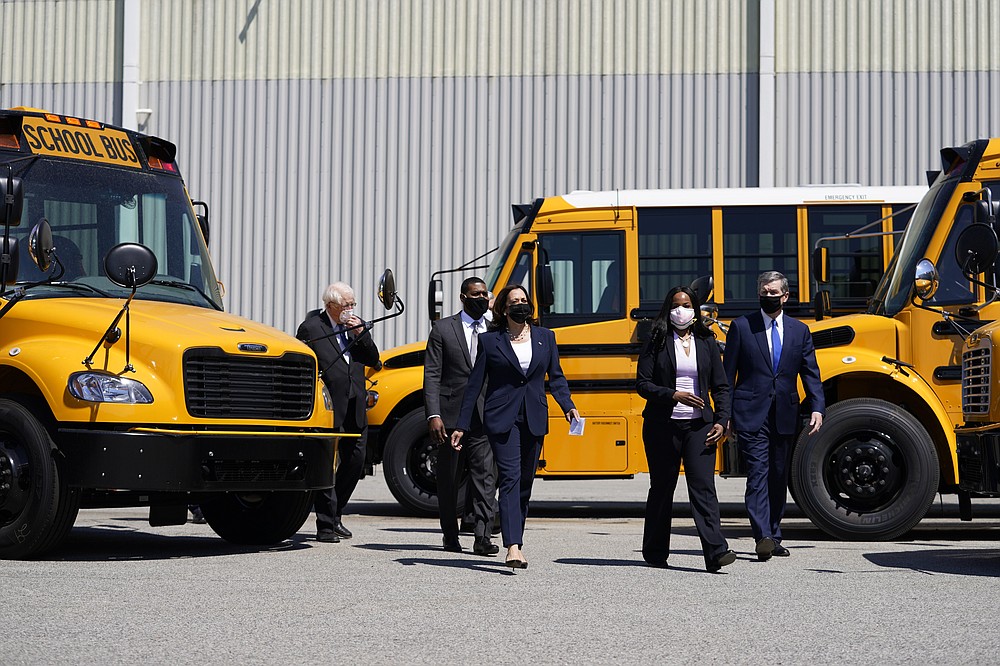