Bumgarner's gem won't go down as a no-hitter 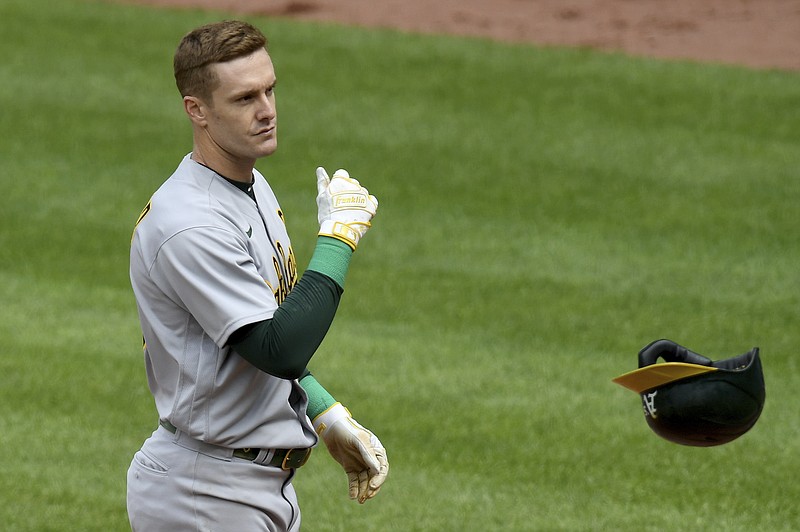 Oakland Athletics' Mark Canha reacts after striking out against the Baltimore Orioles in the eighth inning of a baseball game, Sunday, April 25, 2021, in Baltimore. (AP Photo/Will Newton)

Bumgarner threw a seven-inning no-hitter, an achievement that won't officially count but completed a dominant day of Arizona Diamondbacks pitching for a 7-0 victory over the Atlanta Braves and a doubleheader sweep Sunday.

Could he have kept the magic going for a nine-inning game?

"I don't know. There's too many variables," Bumgarner said. "If it worked for seven, it's hard to imagine it not working for two more."

After Zac Gallen tossed a one-hitter to win the opener 5-0, Bumgarner did even better.

Bumgarner struck out seven and the only Braves batter who reached base against him came on shortstop Nick Ahmed's throwing error in the second inning.

Bumgarner casually shook hands with catcher Carson Kelly after Marcell Ozuna lined out to end it. Then the rest of the Diamondbacks joined in and the celebration livened up around the mound.

"I like to keep it pretty low-key," the stoic lefty said. "They definitely didn't, which that's fine and I appreciate that, too. It's pretty special for all of us and like I said, I'm just blessed and fortunate to be able to do that and be a part of this."

Bumgarner's gem won't go into the official list of no-hitters. MLB's eight-man committee on statistical accuracy decided in 1991 that a no-hitter was a game of nine or more innings that ended with no hits.

Atlanta's only hit during the afternoon was by reigning NL MVP Freddie Freeman, who lined a clean single to right-center field off Gallen with one out in the sixth of the opener.

Bumgarner and Gallen, however, are officially credited with shutouts. This made Arizona the first team to throw a pair of complete-game shutouts in a doubleheader since Boston's Reggie Cleveland and Don Aase at Toronto on Sept. 5, 1977.

CARDINALS 5, REDS 2 Tyler O'Neill homered twice and Jack Flaherty (4-0) allowed 1 run and 3 hits in 7 innings. Cincinnati has lost seven in a row, its longest skid since an eight-game slide from March 31-April 7, 2019. .

METS 4, NATIONALS 0 Taijuan Walker (1-1) pitched three-hit ball over seven innings in his first win for the Mets, and J.D. Davis hit a two-run home run in the first off a faltering Patrick Corbin.

BREWERS 6, CUBS 0 Brandon Woodruff (2-0) allowed 2 hits in 6 innings and struck out 8 for his first win in 11 career appearances against Chicago.

BLUE JAYS 1, RAYS 0 Toronto starter Hyun Jin Ryu was forced to leave early with a right glute strain after giving up three hits in 3 2/3 innings. Five relievers completed a five-hitter. Tim Mayza (1-0) followed Ryu and got the final out in the fourth.

WHITE SOX 8, RANGERS 4 Michael Kopech (2-0) struck out a career-high 10 while allowing 1 run and 4 hits in 5 innings, Jose Abreu homered and drove in three runs and Chicago won its season-high fourth in a row.

RED SOX 5, MARINERS 3 J.D. Martinez doubled twice to raise his season total to 10, and Eduardo Rodriguez (4-0) gave up 8 hits and struck out 8 in 6 innings in Boston's major league-leading 11th comeback victory of the season. 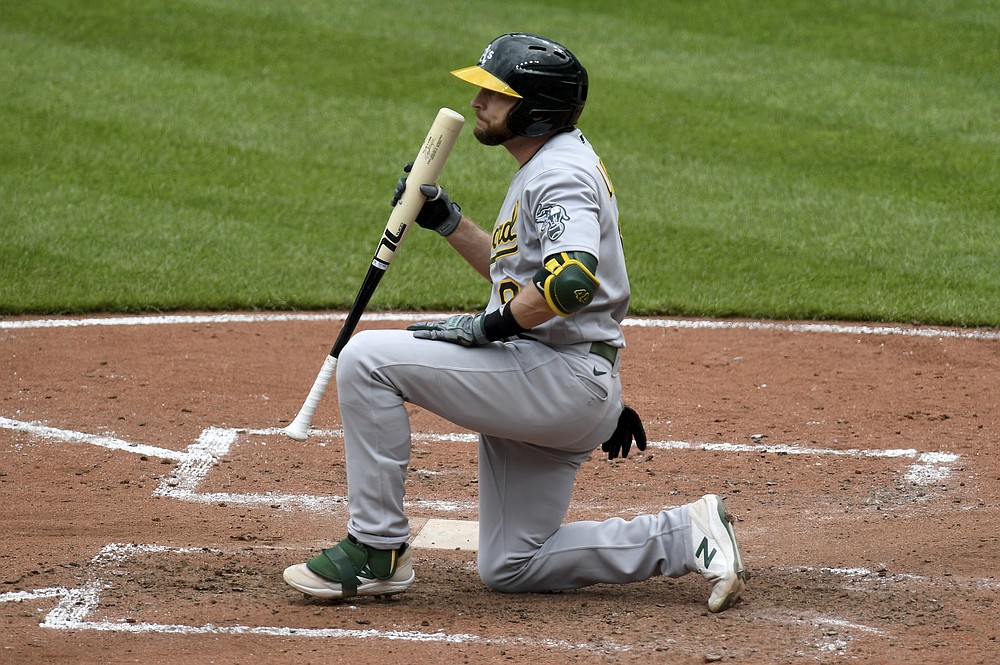 Oakland Athletics' Jed Lowrie reacts after striking out against the Baltimore Orioles in the sixth inning of a baseball game, Sunday, April 25, 2021, in Baltimore. (AP Photo/Will Newton)
ADVERTISEMENT