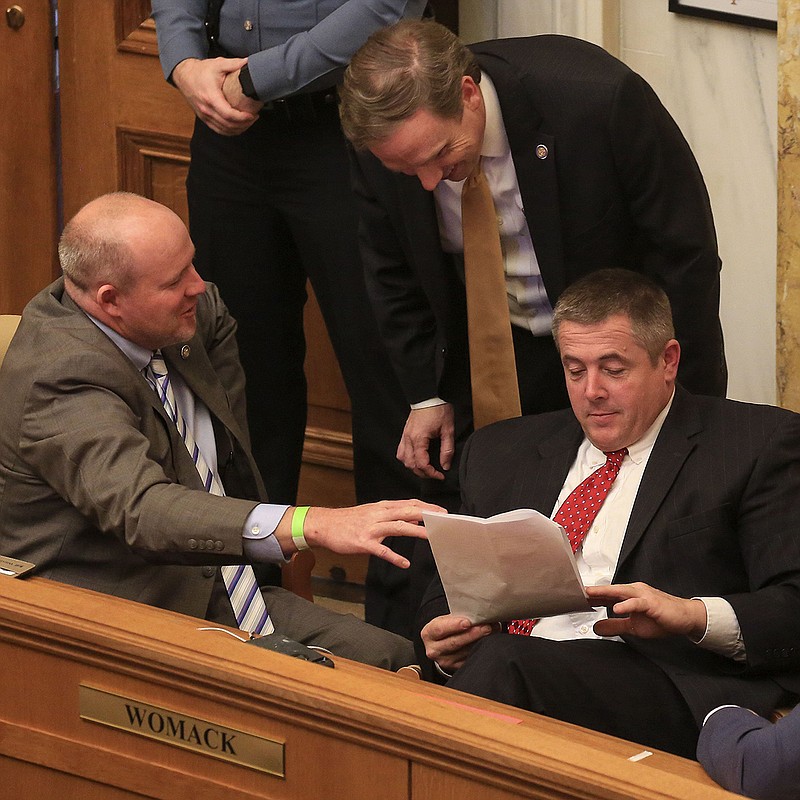 The approval of that bill, House Bill 1957, came after Hutchinson vetoed a similar bill last week that would have banned state and local law enforcement from enforcing some existing federal gun restrictions.

The bill bars state and local law enforcement from enforcing federal laws passed after “January 1, 2021, that infringe on the people's right to keep and bear arms as guaranteed by the Second Amendment to the United States Constitution and Arkansas Constitution.”

These laws would be considered “void” in the state.

Types of laws that would be voided include:

• "Any tax, levy, fee or stamp imposed on firearms, firearm accessories or ammunition not common to all other goods and services that could have a chilling effect on the purchase or ownership of those items by law-abiding citizens”

• “Any Act ordering the confiscation of firearms, firearm accessories or ammunition from law-abiding citizens”

• Laws that would require registration of firearms or gun owners or ban certain firearms, firearm accessories or ammunition

How is this bill different than the one Hutchinson vetoed?

The vetoed bill, Senate Bill 298, would have declared federal gun laws and regulations "null and void" in Arkansas if they "infringe on the people's right to keep and bear arms as guaranteed by the Second Amendment to the United States Constitution and Arkansas Constitution.”

Among the laws that would have been voided were:

• The Gun Control Act of 1968, which prohibits certain felons from owning firearms

The bill also had a $500 penalty for law enforcement officials who cooperated with federal gun investigations.

Hutchinson, the Arkansas Prosecuting Attorneys Association and Cody Hiland, the former U.S. attorney for the Eastern District of Arkansas, told lawmakers the bill would have interfered with ongoing criminal cases in which local and federal law enforcement cooperation is key.

The bill is set to take effect in 90 days.

Lawmakers in more than a dozen states have introduced similar bills this year seeking to nullify federal gun laws. So far, Arizona and Montana have enacted similar nullification measures this year, according to The Associated Press.

Read more about the bill and efforts to pass it late Tuesday night.