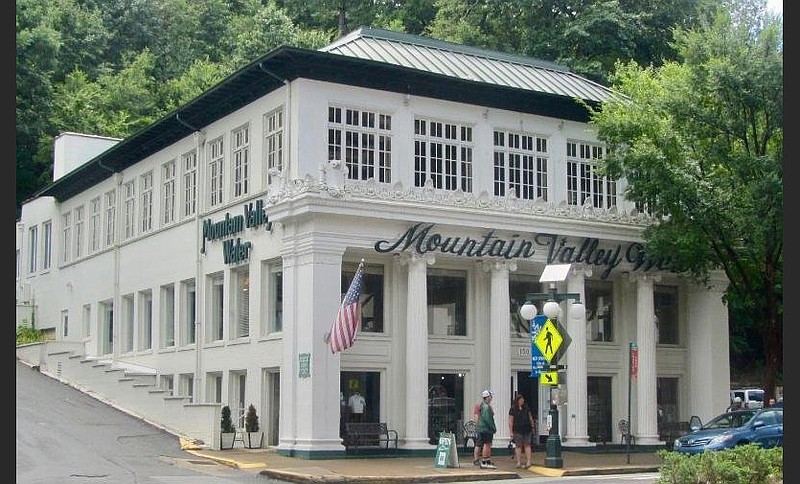 HOT SPRINGS — As Hot Springs National Park marks its centennial during 2021, another Spa City attraction is celebrating an even more venerable anniversary.

It was 150 years ago when Mountain Valley Spring Water first went on sale commercially. The company continues to bottle mineral water from a cold spring a dozen miles north of downtown Hot Springs.

Visitors can get a taste of Mountain Valley's history since 1871 — as well as free sips of its water — along Hot Springs' Central Avenue just north of Bathhouse Row. That's where the company's visitor center and museum, along with its headquarters, are housed in a white three-story building with a stately Classical Revival facade.

There's a 100th-anniversary angle to the third floor, which houses the firm's administrative offices and is closed to the public. The third level was added in 1921 to house a Japanese-theme dance hall with a stage for a band. Dancing took place until the mid-1930s. The decor preserves much of the period ambience.

Heading up to the museum on the second-floor balcony, visitors see a framed photograph of Elvis Presley. He evidently was a devotee of the water in its traditional green-tinted bottle, as attested by a Certificate of Authenticity: "The item listed above is an original artifact of the estate of Elvis Presley at Graceland."

Some of Presley's performance contracts contained a rider specifying that Mountain Valley would be the water provided onstage at his concerts. There is no mention of whether the King of Rock 'n' Roll would drink his favorite mineral water at Graceland to wash down his cherished banana, peanut-butter and bacon sandwiches.

The museum cites a potpourri of other well-known figures with a reported thirst for Mountain Valley Spring Water. They include former U.S. presidents Franklin D. Roosevelt, Dwight Eisenhower, John F. Kennedy, Richard Nixon, Gerald Ford and Ronald Reagan. Eisenhower was advised by his doctors to drink Mountain Valley after a heart attack. Both he and Reagan took the bottled water with them on overseas missions.

Also, "Thoroughbreds such as Secretariat, Nashua, Kelso, Bold Ruler and Sunday Silence were trained on the spring water." A photo shows a Thoroughbred named Bimelech drinking from a bucket labeled "Mountain Valley Water." According to the caption, "When Bimelech failed to win the Kentucky Derby in 1940, his owner put him on Mountain Valley Spring Water. He went on to win the Preakness that very year." 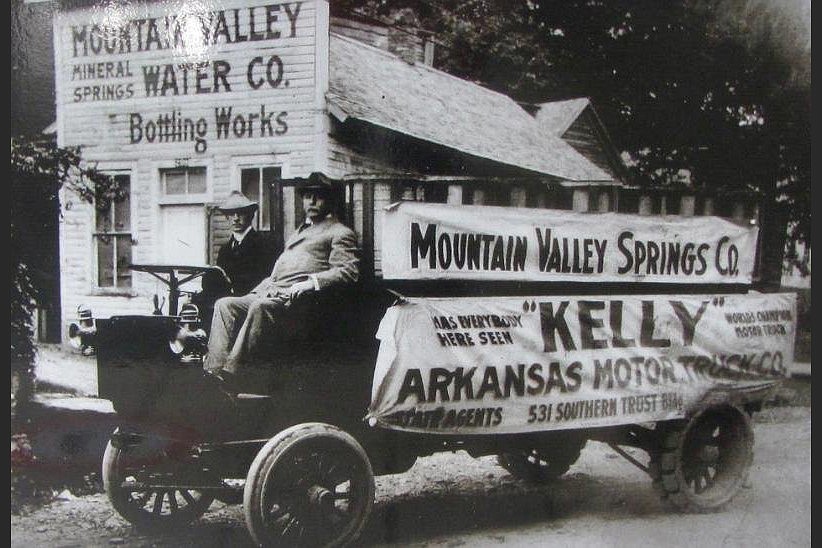 Hundreds of Mountain Valley bottles of assorted sizes and shapes are shown, the oldest dating to 1894. Most are green, along with some of clear glass. Of recent vintage is a sampling of aluminum bottles and cans.

The bottled product is described as "rising naturally from a spring in the Ouachitas," where it "filters through granite-based aquifers collecting all the pure, healthy, goodness from the land. Our water is sodium-free with a naturally detoxifying pH and rich blend of calcium, magnesium and potassium."

The visitor center abstains from the debate about the impact of buying bottled water, including possible damage to the environment from the discarding of countless glass and plastic bottles. But neither is there any focus on the vital role that bottled water can play after natural disasters when drinkable tap water is unavailable.

Those are matters perhaps more suited to a symposium than a tourist attraction.