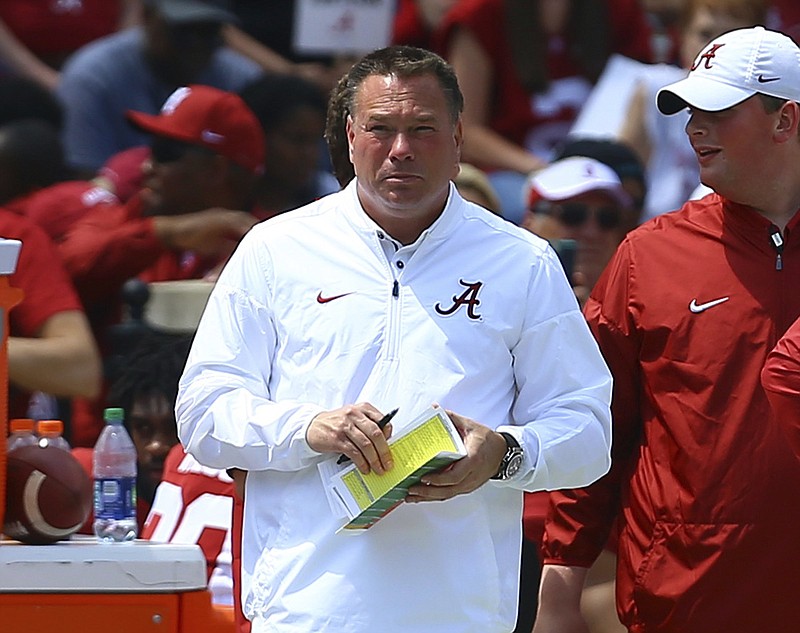 During a drill in the early portion of Arkansas State's practice Wednesday, an assistant coach reminded the Red Wolves to stay on their feet.

Although they had helmets and shoulder pads on, it was just a thud session -- hitting without going to the ground.

That won't be the case this afternoon when Arkansas State University has its first scrimmage of fall camp on the turf inside Centennial Bank Stadium. Just more than a week into the first preseason camp of the Butch Jones era, it'll be the first opportunity for the Red Wolves' coaches to evaluate their defense in a gamelike scenario.

"It's a critical day in the evolution and the evaluation of our football team," Jones said earlier this week. "It's an opportunity for them to really put their identity on video. We're finding out the players who we can win with, who we can trust in critical situations, and really just let them go out and play football."

Although many of the names who finished last season as defensive starters are back for Arkansas State, defensive coordinator Rob Harley is in the process of transitioning the Red Wolves from a 3-4 to a 4-3 base defense.

The only player who appears to have cemented himself on defense is senior linebacker Caleb Bonner, who Jones repeatedly has praised for his leadership.

It means there's ample opportunity for transfers such as Kivon Bennett, John Mincey and Joe Ozougwu to assert themselves along the defensive line. Arkansas State ranked 115th out of 127 teams last year in yards allowed per game, and the Red Wolves weren't helped by a pass rush that Pro Football Focus graded as 114th among all FBS teams.

They'll all get a chance in a situational scrimmage that Jones said will feature the first-team offense going against the first-team defense. The plan is to include live special teams while focusing on all types of scenarios -- red zone, move the chains and backed-up deep in the offense's territory.

Based on practice, Layne Hatcher will run the first-team offense while Florida State transfer James Blackman will man the second unit.

But Hatcher could have at least half of his group different from the one with which he finished 2020. TCU transfer Te'Vailance Hunt slotted in at wide receiver opposite Jeff Foreman and tight end Reed Tyler, and the offensive tackle spots were manned by Kentucky transfer Nick Lewis and Austin Peay transfer Robert Holmes during the open portion of Wednesday's session

That doesn't include redshirt freshman Ethan Miner, who was at center alongside returners Andre Harris and Ivory Scott, and Corey Rucker, who was limited earlier in the week after suffering a shoulder injury but should be close to a full participant today.

"The big thing is just focusing one day at a time and continuing to evaluate and see where we're at," Jones said. "Everything is evaluated in our program -- every single rep, whether it's a team rep, an individual rep, leadership reps, accountability reps. All those things in our program are evaluated on a daily basis." 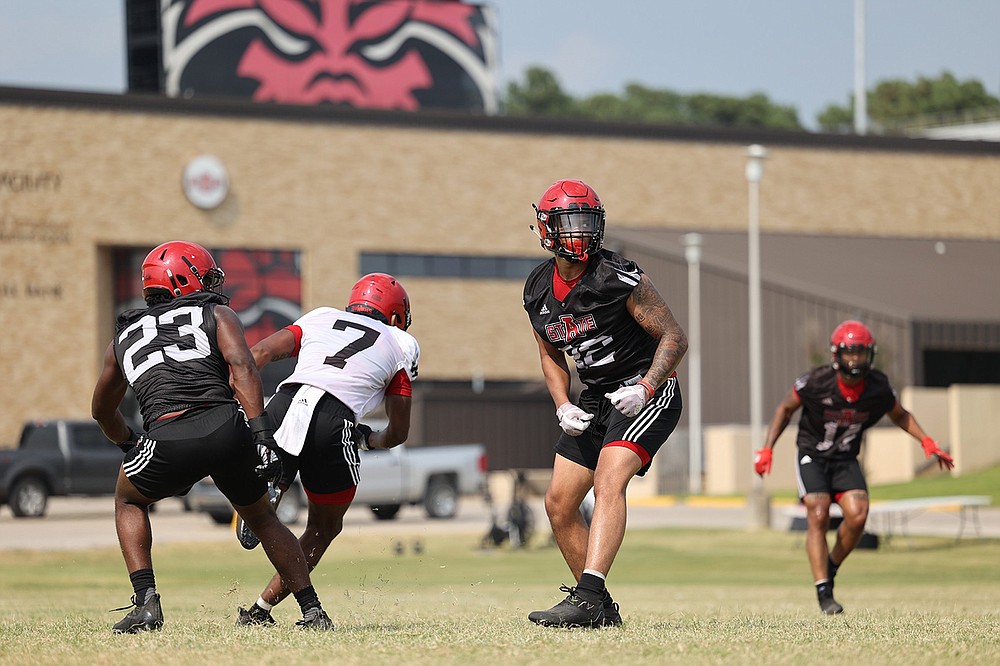 Senior linebacker Caleb Bonner (center) is in a leadership role for a Red Wolves defense that’s intent on improving this season. Arkansas State will have its first scrimmage of fall camp today at Centennial Bank Stadium in Jonesboro. (Photo courtesy Arkansas State Athletics) 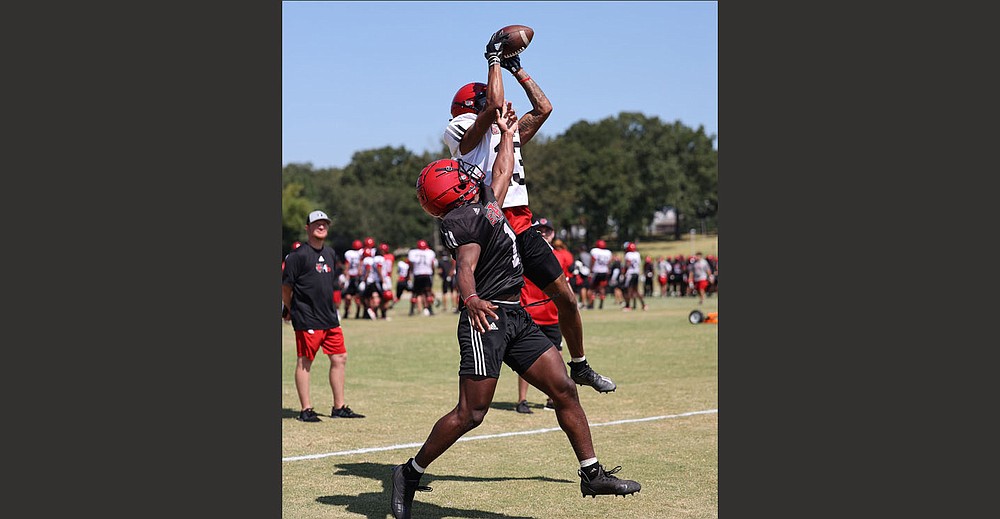