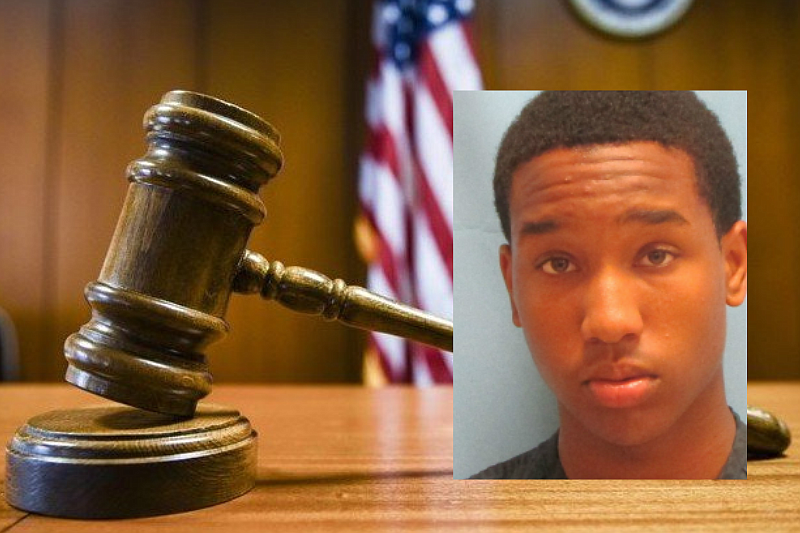 Six years after his involvement in the fatal robbery of one teenager, 20-year-old Trevone Hayse Miller of Sherwood is going to prison for killing another teen, a transgender girl whom prosecutors say Miller murdered to cover up their sexual relationship.

Friends and acquaintances told Sherwood police that Miller was afraid that people would think he was gay and that 17-year-old Brayla Stone of North Little Rock had told him she was going to make their relationship public.

Miller, jailed since his arrest about a week after the killing, will have to serve 35 years before he can apply for parole, which will make him 53 when he becomes eligible for early release given credit for time served. Under the conditions of his plea deal, negotiated by attorney Birc Morledge and chief deputy prosecutor John Johnson, the charge was reduced from capital murder.

Stone's murder, three weeks after her 17th birthday, drew national attention from LGBT advocates, coming during what the Human Rights Campaign reported was a record year for fatal violence against transgender or gender non-confirming people. Stone was the 17th known victim in a year that ultimately had at least 44 such slayings.

"Brayla Stone was a child. A child, just beginning to live her life. A child of trans experience. A young Black girl who had hopes and dreams, plans and community," said Tori Cooper with Transgender Justice Initiative at the time. "As a nation, we failed Brayla -- as we have failed every transgender or gender non-conforming person killed in a country that embraces violence and upholds transphobia, racism, homophobia."

Stone, born Braylen Stone, was found dead by a passerby inside a black Saturn Vue on a gravel walking trail closest to 7224 Vista Point Court, within view of Gap Creek Drive. She'd been reported missing to North Little Rock police shortly before her body was found.

Stone had been shot through the head with her body lying upside down on the front passenger floorboard with her legs resting on the seat's backrest. The driver's-side window had been broken out. Blood spattered the car's interior, with investigators noting a strong smell of bleach inside, along with discoloration marks from the clearing agent inside the car and on some of the contents, according to police reports.

According to an arrest affidavit, Miller quickly became a person of interest for Sherwood police. The manager at the Arby's restaurant where Miller worked, Lekeia Tutt, called to report that Miller had not shown up for work the day before the girl's body was found. Miller had called her, saying "I f * * * * * up and I f * * * * * up big time," and "I messed up and won't be back for a very long time, if ever."

Miller would not answer when Tutt asked him what he had done, only telling her to watch the news. Tutt called police as soon as she learned that a body had been found in Sherwood.

Audrey Jackson, a friend of Stone's, said that the day before she was found dead, Stone had discovered that Miller was having a relationship with a 19-year-old woman.

That same evening, Miller texted Stone to meet him, and Jackson said Stone was talking to her over the phone while waiting in front of Miller's home to meet with him, Jackson told police. The phone call ended with Stone telling her, "here he comes," the affidavit states.

Five hours later -- about 15 hours before Stone was found dead -- Jackson told police that she received a text message from Stone saying that Stone was "not up for this."

Jackson also told police that Stone had told other people about her relationship with Miller but that Miller had been paying Stone to keep quiet. Jackson said the location where Stone's body was found was significant because Miller was known for using the location to have sex.

Tionne Foreman, the woman Miller had been seeing, told police that Miller had told her Stone was going to expose him. Foreman further told investigators that Miller was afraid of being considered homosexual and that he had said he planned to kill Stone, a threat Foreman and her friends did not take seriously.

A friend of Foreman's, Angela Dean, told police that she had overheard a phone conversation between Foreman and a "stressed" Miller the day before Stone was found dead.

Dean told investigators that Miller made a suicidal comment during the conversation but then quickly dropped the idea of harming himself to say that he instead planned to kill Stone, despite her and Foreman's efforts to calm him down.

A cousin of Foreman's, Mhalik Coleman, also told police that he overheard Miller on the phone with Foreman telling her he was going to kill Stone, further describing a call to Foreman after Stone's slaying in which Miller told Foreman that Stone was dead, according to the affidavit.

The affidavit also shows that investigators noted similarities between Stone's killing and the April 2016 murder of 17-year-old Bryan Allen Thompson in the parking lot of the Bill Harmon Recreation Center in Sherwood. Thompson was found dead, shot in the throat, behind the wheel of his car by a worker at the center. Miller was one of three teenagers charged in his death.

In both cases, the shooter fired a weapon from the passenger's seat, "which prevented a quick escape of the victim who was seated in the driver's seat," Sherwood detective Craig Grisham noted.

Both killings also took place in a location "very familiar" to Miller while also being close to his home, "which would allow an easily undetected escape from the scene," Grisham stated in the arrest affidavit.

Miller did not kill Thompson but he did witness his murder close up, sitting in the back seat of Thompson's vehicle, he told investigators at the time. His account of Thompson's killing helped identify which of the three suspects shot the victim.

At 14, Miller was the youngest of the three teens arrested. Authorities said Thompson's killing began as a robbery plot set up by Xavier Terrell Porter of North Little Rock, who lured Thompson to the recreation center with the promise of buying marijuana from Thompson. Porter knew Thompson because they had worked together at a restaurant.

Porter never got in the car. When Thompson arrived, Miller and the third teen, Quincy Parks of Sherwood, got into the car. Parks carried a pistol that Porter had given him and sat in the front, while Miller, carrying a broken BB gun in his pants, got in the back.

Miller told police that Thompson was measuring the marijuana when Parks suddenly got out of the car and fired a shot, which surprised Miller. Parks grabbed money from the vehicle, about $15, and they all left. Police found about a pound of marijuana in the car, and arrested all three within a day.

Six months later, in October 2016, Miller made a deal with prosecutors to plead guilty to aggravated robbery in juvenile court and to testify against his co-defendants with the capital-murder charge against him dropped.

Authorities identified Porter as the killer based on Miller's statement to police and surveillance video from the Shelby Road recreation center.