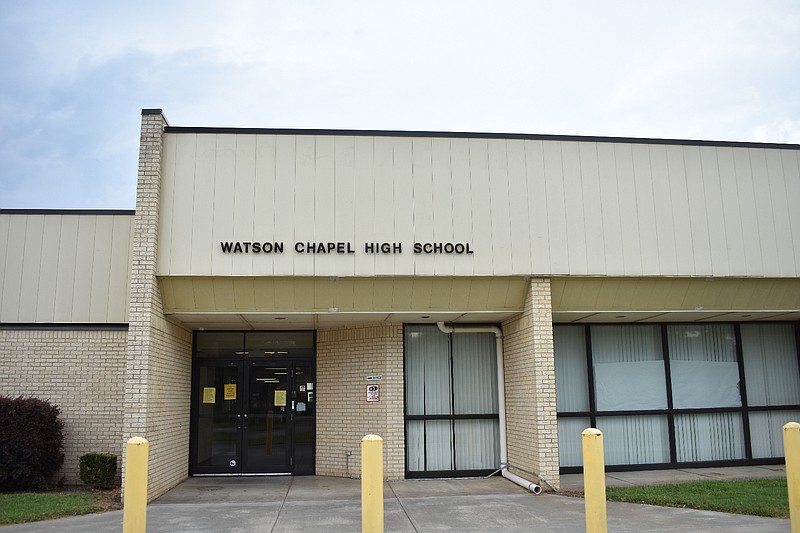 Two 17-year-old Watson Chapel High School students were arrested Tuesday and one was booked into the Jefferson County Juvenile Detention Center in a firearm and drug-possession case, according to authorities.

According to statements and information from the Watson Chapel School District and Jefferson County sheriff's office, district Superintendent Andrew Curry said that school officials acted on an anonymous tip about 10 a.m. from a caller who said he had seen someone put a gun in the trunk of a vehicle. Based on the tip, school officials found a vehicle with a matching license plate number on campus. Sheriff's officials said the student connected to the vehicle was pulled from class.

"The WCSD security director and high school principal immediately identified and searched the vehicle," Curry said. "The search yielded a handgun and a small amount of marijuana. WCSD personnel then immediately contacted the Jefferson County Sheriff's office. JCSO officers arrived on campus shortly thereafter, and the student-owner of the vehicle was arrested without incident. The student's parents have been contacted."

Sheriff's officials said a handgun, gun magazine, drugs and other drug paraphernalia were discovered in the vehicle. The student denied ownership of the items, authorities said.

Another student came forward and claimed ownership of the items, according to the sheriff's officials. That student, who Curry later identified as the driver, allegedly admitted to storing the items in the vehicle.

Sheriff Lafayette Woods Jr. said Tuesday that one of the students and the student's mother were being interviewed by investigators within his department on campus.

"Both students were detained pending further investigation," sheriff's officials said. "Due to the age of the students, their identity is not being released. One of the students has been booked into the Jefferson County Juvenile Detention Center on charges related to the weapon and drugs."

Maj. Gary McClain, who is with the sheriff's office, said both students had been arrested. Both McClain and Curry indicated the student who was booked was the owner and driver of the vehicle. The other student, who Curry indicated was a passenger, was sent home and is suspended pending further disciplinary measures from the district.

"He is suspended from school and won't be allowed back on campus until the disciplinary process completes its course," Curry said.

Curry said if the principal recommends expulsion for the student who was sent home, he will take that recommendation to the school board.

"From the time that WCSD personnel were notified of the situation to the recovery of the weapon, the weapon remained outside of the WCHS building," Curry said in his statement. "The tip that led to the search did not reference the presence of any other weapon on campus, no student tried to enter the WCHS building with a weapon, and metal detectors are and will remain in use at WCHS. For these reasons, WCSD administration has determined that additional weapons searches or lockdown of the high school campus are not necessary. The district has requested that the JCSO K-9 unit search the WCHS parking lot for any other drugs or illegal substances."

Tuesday was the second day of the fall semester. A March 1 shooting on the junior high school campus claimed the life of a 15-year-old freshman. The suspect, also 15 and identified as the victim's classmate, was expelled from school and is being held without bond in a juvenile detention center on a charge of capital murder.

The junior high and high school campuses are located next door to each other.

"WCSD recognizes that this news may be unsettling for teachers, students, and members of the community still grieving the death of a junior high school student earlier this year, and counselors continue to be available to all staff and students in need," Curry said in his statement. "WCSD administration and the staff of each of the district's schools take the safety and security of our buildings very seriously, and we will continue to be vigilant in monitoring security threats to our students, teachers, and staff." 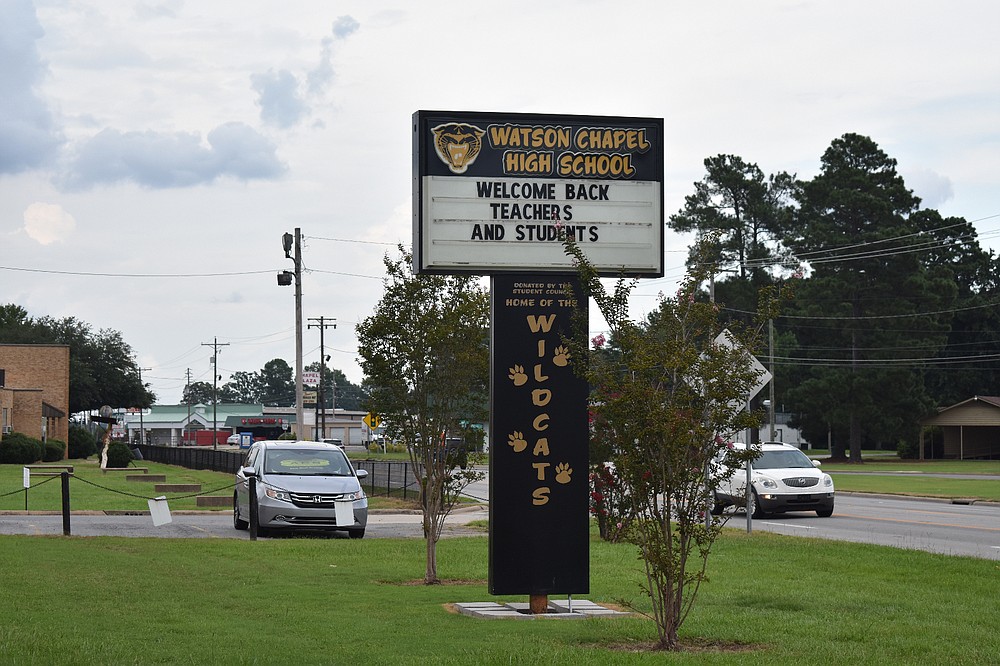