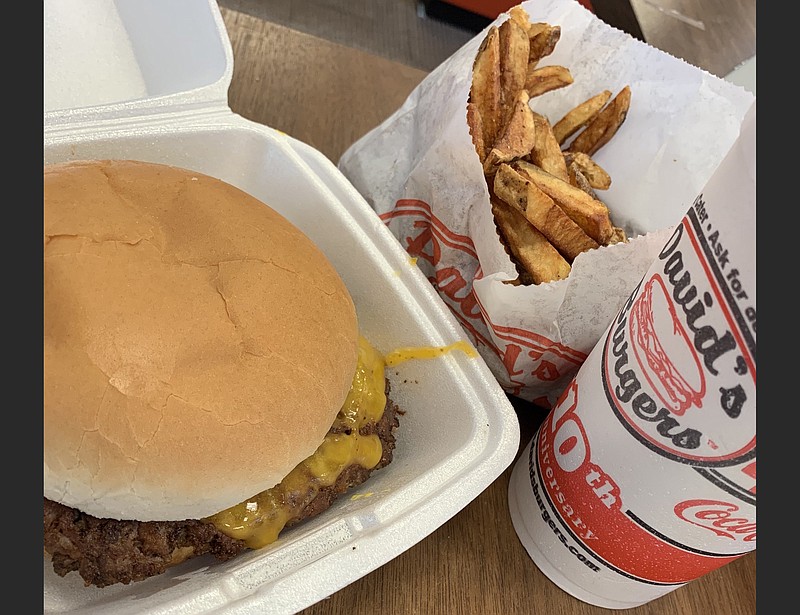 The David's Burgers outlet in the River Market has temporarily closed because of a staff shortage. (Democrat-Gazette file photo/Eric E. Harrison)

Citing a staff shortage, the David's Burgers outlet in the River Market's Ottenheimer Market Hall, 400 President Clinton Ave., has temporarily closed. A Monday post on the Facebook page (facebook.com/davidsburgersrivermarket) suggests patrons of the downtown location head to "our NLR location at 3510 Landers Road (Exit 1 of [U.S.] 67/167)." In the meantime, they're hiring via davidsburgers.com/careers.

Meanwhile, a reader spotted the apparent closure of the West Little Rock Hooters, 6 Anglers Way, Little Rock, near the Bass Pro Shop. It was closed "temporarily," according to the website hooters.com/locations/1190-west-little-rock, but reopened Monday. Hours are noon-9 p.m. daily. The phone number is (501) 455-2241.

Stone's Throw Stifft Station, 3015 W. Markham St., Little Rock, is pairing with neighboring Pizza D'Action, 2919 W. Markham, to pair pizza with beer — slices, $3 per, of cheese or pepperoni pizza — on nights when the taproom doesn't have a food truck parked nearby. They'll buy whole pizzas, one at a time, a spokesman explains, and keep them in a warmer, peddling off a piece at a time. The taproom will also team up with The Croissanterie for a beer dinner, 6 p.m. Sept. 17, pairing Stone's Throw brews with an amuse bouche and four courses. Cost is $65; visit tinyurl.com/3ywms92n. 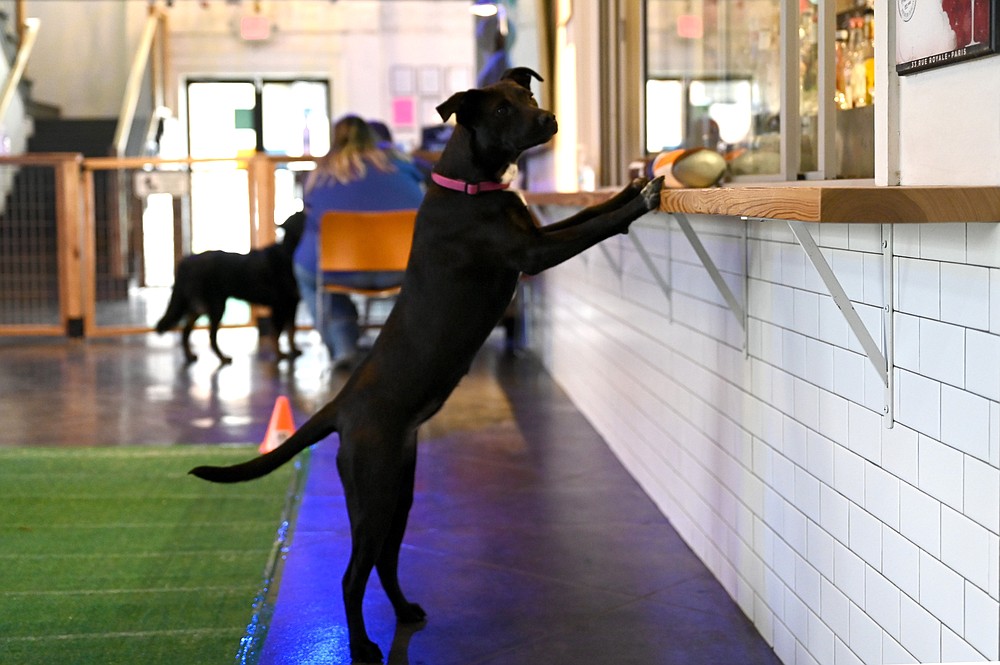 Bark Bar, 1201 S. Spring St., Little Rock, marks its fourth Bark Day and National Dog Day with a "Bark Bar 4eva Pawty," 6-8 p.m. Aug. 26, followed by a "main event," noon-10 p.m. Aug. 28. Tickets are $10 for one dog and one human, $5 for a single human or dog or free for annual members. There will be a raffle for one lifetime Bark Bar membership. The "Pawty" has a theme of "fours," including a giant Connect Four and other yard games, four-pack beer and seltzer specials and a free bandana for the first 50 guests. A portion of the proceeds goes to the Humane Society. Recent Bark Bar changes include a new menu from chef/ kitchen manager Ryan Marsh, new management (which has reinstituted a digital-first and contactless check-in process) and a new website: BarkBar.com.

A new Schlotzsky's opens today at 1012 U.S. 62 East, Mountain Home, with a grand-opening deal: buy one, get one free entrees all day, a VIP swag bag giveaway for the first 100 guests, starting at 7 a.m., and various prizes. This particular Schlotzsky's is also the launch of a new prototype restaurant design. Hours are 7 a.m.-11 p.m. daily with the lobby closing at 8 p.m., and in addition to the core Schlotzsky's menu of sandwiches, specialty pizzas and flatbreads, salads and soups, there is also a breakfast menu and Cinnabon. The phone number is (870) 679-2040, and the website for the chain is schlotzskys.com.

In our report last week on the pending Chicken Salad Chick coming to the parking lot of The Other Center (near the Target) where McCain Boulevard meets U.S. 67/167 in North Little Rock, we somehow overlooked the one in Conway: 2235 Dave Ward Drive, Suite 301. So that'll make three central Arkansas outlets when all is said, done and constructed.

A reader has called our attention to Kaluas Paleteria & Botanas, 3425 Pike Ave., North Little Rock, which offers — at least according to what we saw on the Facebook page at facebook.com/kaluaspaleteria — a wide variety of Mexican pastries and other sweet stuff. We haven't been able to come up with a phone number or hours of operation. 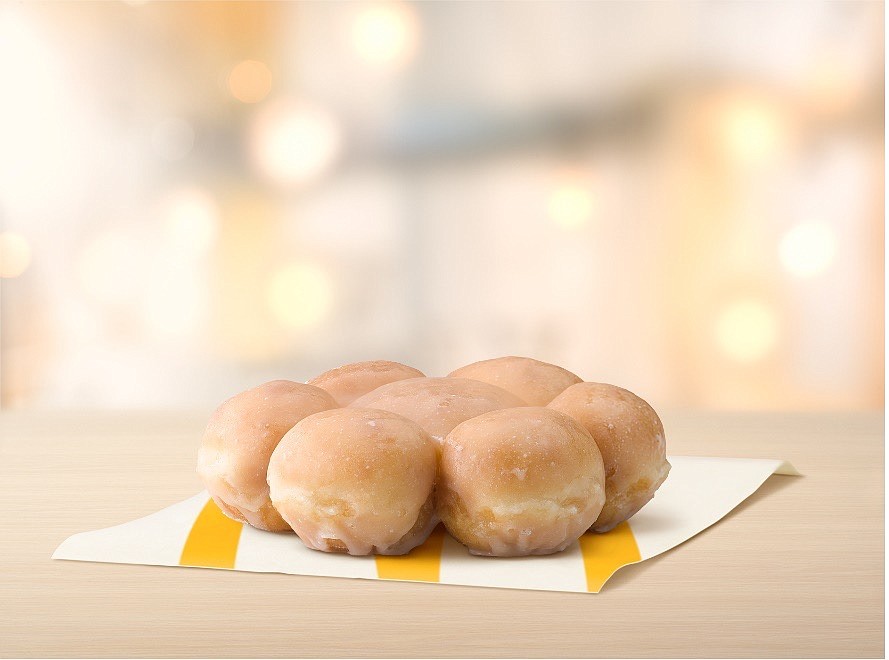 And speaking of sweets, starting Sept. 1, "participating" Arkansas McDonald's restaurants are adding, for a limited time, glazed pull apart doughnuts to its McCafe Bakery lineup, alongside apple fritters, blueberry muffins and cinnamon rolls. The pull-apart feature, according to a news release, allows folks to share, and the doughnuts will be available throughout the day. 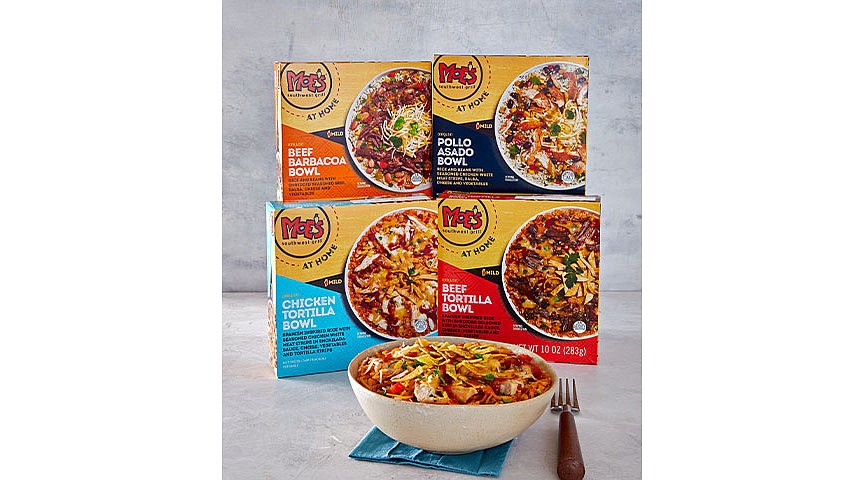