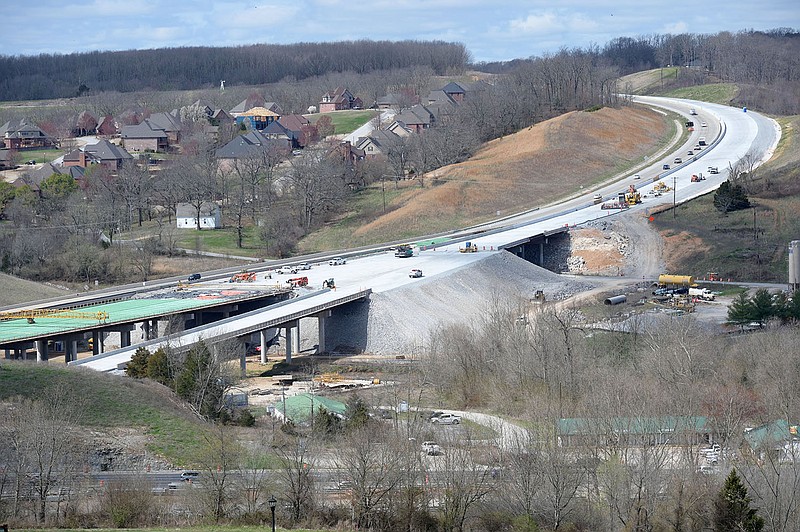 BELLA VISTA -- State and local officials will have a ribbon cutting for the Bella Vista Bypass on Sept. 30 at the state line, according to state highway officials.

The bypass, essentially a missing link in Interstate 49, will allow motorists to circumvent Bella Vista to the west and south on a four-lane interstate. The project is also known as the Interstate 49 Missouri/Arkansas Connector, a nod to its regional importance.

Emery Sapp & Sons is the primary contractor for the new interchange at Bentonville, new lanes of the bypass from Benton County 34 to the state line and Missouri's portion of the project.

Missouri awarded a $58.7 million contract April 1 to Sapp & Sons to build the final 5 miles of I-49 between Pineville and the state line in McDonald County. Work started May 11 with completion expected by Sept. 30.

The regional goal has been for both Arkansas and Missouri to build their parts and meet at the state line this fall, according to regional planners.

The ultimate goal is completion of the 278-mile section of interstate between Fort Smith and Kansas City, Mo. Bella Vista is the only stretch where traffic has to leave I-49 and continue on U.S. 71 to travel. Allowing motorists to bypass Bella Vista and its multiple traffic signals should reduce travel times and improve safety, planners have said.