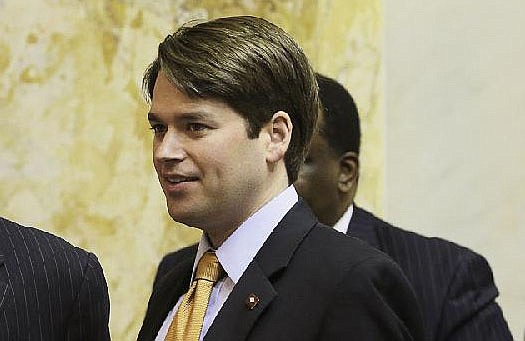 The system’s investment return in fiscal 2021 was 31.49% to rank among the top 9% of the nation’s public pension systems, investment consultant Callan said in a written report to the system’s board of trustees. The target return is 7.15% a year.

The return over the past 10 fiscal years has averaged 9.63% a year to rank in the top 16% of the nation’s public pension systems, Callan said in its report.

The system had “really a strong performance for the fiscal year,” said Brianne Weymouth, a senior vice president for Callan.

Afterward, system Executive Director Duncan Baird said investments were valued at about $11.65 billion as of Tuesday.

The system is state government’s second-largest such agency, behind only the Arkansas Teacher Retirement System.

Teacher Retirement System Executive Director Clint Rhoden told some state lawmakers Aug. 12 that preliminary figures show that system’s investment return was about 30% in fiscal 2021, though the final figures won’t be available until October. The teacher retirement system’s investments were valued at about $21 billion as of Tuesday, Rhoden said Wednesday.

During its meeting Wednesday, the Public Employees Retirement System’s board of trustees voted to tentatively keep the current 15.32% of payroll rate that will be charged to state and local governments in fiscal 2024, which starts July 1, 2023. The trustees’ final vote on that rate will be made at their Nov. 17 meeting.

Trustee Gary Carnahan of Hot Springs said he wants the system to stick with its existing employer rate, rather than reducing the rate for fiscal 2024, in part because “we aren’t sure exactly what’s going on with the economy.” The board of trustees wants to reduce the system’s unfunded liabilities and the projected period for paying off the unfunded liabilities, he said.

“I think we are going in the right direction,” Carnahan said.

The system’s actuary phases in the recognition of investment gains and losses over a four-year period in an attempt to stabilize the employer rate charged to state and local governments.

By comparison, a year ago, the unfunded liabilities totaled $2.42 billion with a projected payoff period of 23 years, Gabriel reported then.

The system could reduce the rate charged to employers from 15.32% of employee payroll to 13.77%, starting July 1, 2023, but that would mean the projected payoff period for unfunded liabilities would drop from 23 years to 22 years rather than to 16 years, Hoffman said.

Net investment income totaled $2.6 billion in fiscal 2021, according to a system report.

According to Callan’s report, investment performance in fiscal 2021 included: A 43.65% return on domestic stock market investments to ended up valued at $4.94 billion on June 30.

A 41.35% return on international stock market investments to reach $3.04 billion.

A 17.26% return on diversified strategies investments to reach $519.1 million.

The farmland investment managers are from the International Farming Corporation Core Farmland Fund and Prudential Agricultural Investments Fund. The system aims to invest about $85 million in farmland over the next several years through this search.

Senate President Pro Tempore Jimmy Hickey, R-Texarkana, said he appointed Wilson and Wallace to the board.

Act 686 of 2021 — sponsored by Rep. Les Warren, R-Hot Springs — expanded the board of trustees from nine to 13 members, with the House speaker and Senate president pro tempore each appointing two retired system members. One of the two appointees for each legislative leader is required to be a retired law enforcement officer who is not in the Arkansas State Police Retirement System.

On Wednesday, the system’s board re-elected retired state Bank Commissioner Candace Franks as its chairman and Department of Finance and Administration Secretary Larry Walther as its vice chairman.