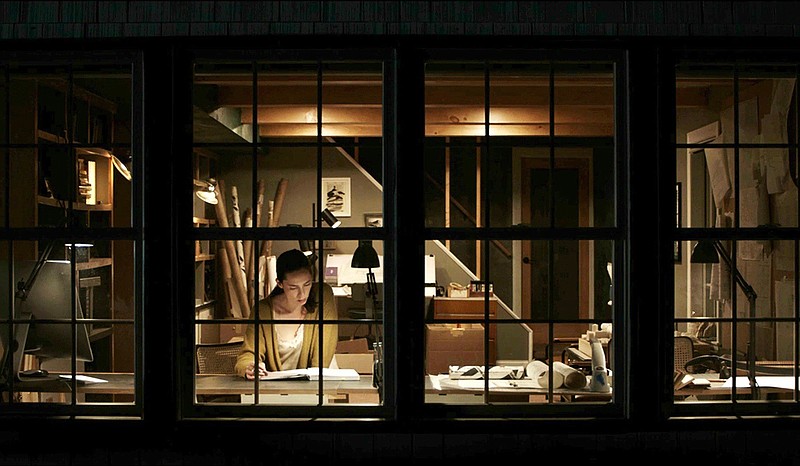 After taking in the trailers for the psychological horror film "The Night House," I was left with some rather obvious expectations: a haunted house story, a malevolent apparition, some spooky atmosphere, and (if we're lucky) some genuine chills. What I didn't expect to find was a meaningful character study nestled snugly within an entertaining genre film and anchored by one of my favorite performances of the year so far.

Rebecca Hall is no stranger to great performances and some of her best have largely gone unnoticed. Her work in 2016's "Christine" and 2017's "Professor Marston and the Wonder Women" are prime examples. In "The Night House" she carries the bulk of the load, appearing in practically every scene and infusing the story with a relatable center for the audience to latch onto.

Hall plays Beth, a schoolteacher in upstate New York who we first meet only days after her husband, Owen, inexplicably took his own life. The couple had been happily married for 14 years, but now Beth finds herself abandoned, haunted by a houseful of memories and a cryptic suicide note that leaves her with more questions than answers.

Her well-meaning best friend Claire (a really good Sarah Goldberg) and a concerned neighbor Mel (Vondie Curtis-Hall) pay her visits and encourage her to start moving on with her life. But Beth mostly keeps to herself, alone with her grief, anger and perplexity, inside of the large double-decker lake house Owen built for them. But eerie disturbances in the night (because in movies that's when these types of things happen) begin to make Beth (and us) question whether she's really alone. Maybe it's just too much wine. Is it her frayed psyche playing tricks on her? Or has Owen returned from the grave?

"The Night House" is directed by David Bruckner who has shown himself to be a smart and savvy genre filmmaker. Just look at his contributions to horror anthologies like "V/H/S" and "Southbound" as well as his first solo feature "The Ritual." Here Bruckner takes some familiar tricks and uses them to great effect -- a stereo suddenly playing on its own, loud raps on the door in the middle of the night, creepy silhouettes that vanish into the shadows. Aided by cinematographer Elisha Christian's crafty camerawork and Ben Lovett's uneasy score, Bruckner creates a chilling sense of dread that increases each evening when Beth falls asleep.

While Bruckner and company clearly have a good time making us squirm, the movie works well because it never strays from its chief focus -- Beth's state of mind. The script (co-written by Ben Collins and Luke Piotrowski) fills us in on a her past struggles with depression and "dark thoughts" and how it was Owen "who kept them at bay."

But Beth isn't treated as some emotionally frail damsel in supernatural and psychological distress. She has grit and we get a good sense of it in a terrific early scene where an unhappy parent comes to see her at school. We also see it once she discovers clues in her husband's belongings that hint at a possible secret life -- concerning pictures on his phone, confusing scribbles in the margins of equally confusing books, even signs of the occult.

Against the advice of others, Beth digs deeper, unearthing discoveries that test her mettle and push her closer to the proverbial brink. Meanwhile the seemingly sinister presence increases its terror, resembling a "gaslighting" husband one minute and something far more diabolical the next.

Collins and Piotrowski do a good job keeping things under wraps while leaving a clue-filled trail of breadcrumbs (along with a few diversions) for our minds to follow. At the same time, Bruckner makes superb use of his location to feed our apprehension. The opening shots tease something idyllic -- a dinghy sitting in the lake rhythmically bumping against the dock, the soothing high-pitched tings of wind chimes, a steady but gentle breeze whispering through the tall oak treetops. But any notion of tranquility quickly evaporates, overtaken by looming feelings of isolation and despair which Bruckner cleverly squeezes out of his otherwise picturesque setting.

"The Night House" premiered at Sundance way back in 2020 and it doesn't take long to see why Searchlight Pictures swooped in and dropped $12 million for distribution rights. It's an immensely satisfying horror thriller that fully embraces its genre elements while also shrewdly dealing with some heavy topics such as mortality, depression, grief and suicide. A few of the story's details can get a little muddy in the final act and the ending may be a touch too tidy for some tastes. But the deeper the filmmakers dug into the main character's crumbling psychology the more I appreciated what they were going for.

And any opportunity to see Rebecca Hall take on a meaty role like this is a treat in and of itself.