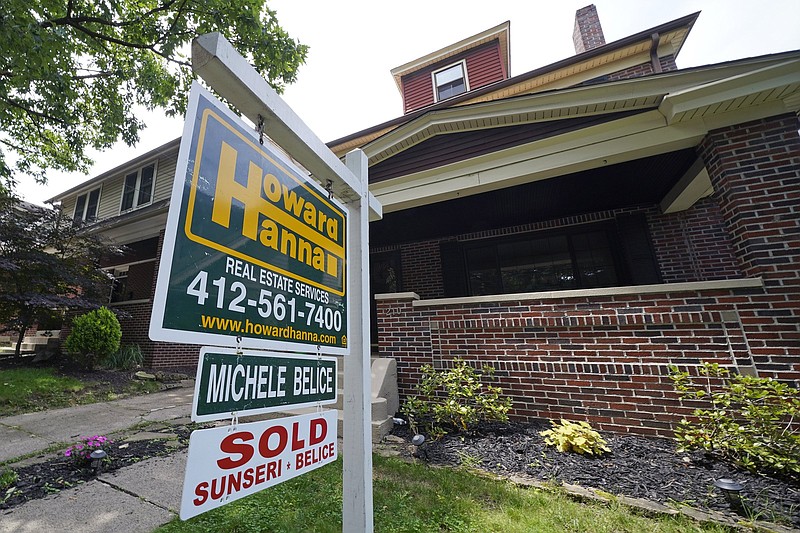 Sales of previously occupied U.S. homes rose for the second consecutive month in July, though only modestly from a year ago, suggesting the red-hot housing market may be cooling a little.

Existing homes sales rose 2% last month from June to a seasonally-adjusted annual rate of 5.99 million units, the National Association of Realtors said Monday. That's greater than the 5.82 million economists were expecting, according to FactSet.

The data suggests that low borrowing costs and demand for more space continue to underpin home purchases for those with the opportunity and wherewithal to trade up.

Sales rose 1.5% from July last year. By comparison, sales in June jumped about 23% from a year earlier, when many states were still in a pandemic lockdown.

"Sales are still running above pre-pandemic conditions, but appear to be settling down," said Lawrence Yun, the association's chief economist.

The median U.S. home price climbed 17.8% from a year ago to $359,900, near the all-time high it set in June, association said. That annual gain was more modest than the 20%-25% year-over-year increases seen earlier this year.

But high home prices have been restraining demand. Consumers' views of home-buying conditions in early August were the most negative on record, according to a University of Michigan survey of consumer confidence.

Sales of homes priced above $500,000 rose last month while those below that tier fell, which helped skew the median price higher.

Would-be home buyers who have been trying to navigate the most competitive market in more than a decade had perhaps a wider selection to consider at the end of July, when the inventory of unsold homes stood at 1.32 million. That's an increase of 7.3% from June, but it's still down 12% from July last year.

At the current pace, it would take 2.6 months to sell all the homes on the market. Realtors see anything below five months of supply as a sign of a tight market.

With so few homes up for sale, it has become routine for anyone putting a house on the market to receive multiple offers that exceed the asking price, and many sell within days. In July, homes typically remained on the market 17 days before getting snapped up. That's unchanged from June, but down from 22 days in July 2020.

First-time home buyers made up 30% of all transactions last month, down from 31% in June and 34% a year ago. These buyers have to contend with fewer homes for sale in the more affordable end of the market and competition from all-cash buyers, often investors. Some 23% of homes sold in July were paid for with cash, unchanged from June and up from 16% in July last year.

Still, first-time buyers continue to benefit from ultra-low mortgage rates. The average interest rate on a 30-year mortgage eased last week to 2.86%, according to Freddie Mac. The benchmark rate, which reached a peak this year of 3.18% in April, stood at 2.99% a year ago.

Three of four regions in the U.S. posted sales gains last month, led by strength in the Midwest. Purchases also increased in the West and South.

Existing-home sales account for about 90% of U.S. housing and are calculated when a contract closes. New-home sales, which make up the remainder, are based on contract signings and will be released today.

Information for this article was contributed by Alex Veiga of The Associated Press and by Olivia Rockeman of Bloomberg News (WPNS).