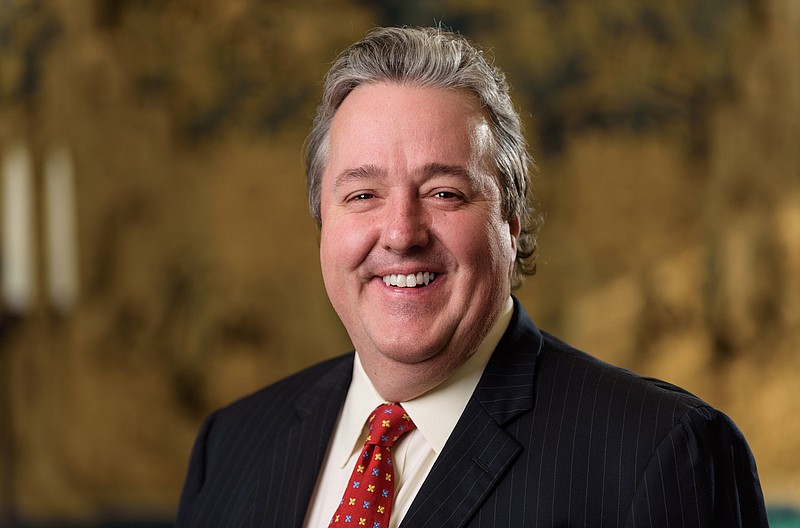 Joseph King, the president of Lyon College in Batesville, is shown in this undated courtesy photo.

Joseph King, president of Lyon College since 2017, has resigned effective immediately, the private college in Batesville announced on its website Thursday.

Perry Wilson, chairman of the college's trustees board, did not give a reason for the resignation in his message announcing King's departure.

The mayor of Batesville and a county judge have signed onto an open letter asking the board of trustees for Lyon College to fire Joseph King, the school's president, over remarks made to a reporter about the community.

King told the Chronicle of Higher Education that the private Lyon College is a bubble "of inclusion and of diversity surrounded by a sea of angry, disenfranchised populations and a large white-supremacist population," according to an article published July 26.

Two elected officials — Batesville Mayor Rick Elumbaugh and Robert Griffin, the county judge for Independence County — in a letter dated Wednesday criticized King's comments. Crystal Johnson, president and chief executive officer for the Batesville Area Chamber of Commerce, also signed onto the letter, which was provided to the Democrat-Gazette by Elumbaugh's office.

"Dr. King's inaccurate portrayal of the community and later comments about the State of Arkansas have resulted in overwhelming disdain for his role as a leader in this community and shattered confidence in his ability to represent and lead Lyon College," stated the letter.

King, in an Aug. 21 post on the college's Facebook page, stated that the surrounding Batesville community "might be welcoming and inclusive," but added that "we cannot pretend to expect the same in all areas of the state."

King also said he was "misquoted" in a statement from the article describing a 2020 Batesville rally for then-U.S. President Donald Trump, which did not happen. The Chronicle of Higher Education later updated its article to reflect that, but says King "erroneously" told the reporter that Batesville was the site of a pro-Trump rally that included Confederate flags and neo-Nazi symbols.

In King's Facebook statement, he said, "We value our relationship with the community that we have called home for almost 150 years. Moreover, we will continue to strengthen that relationship, but we will also continue to support and listen to our students from marginalized communities."

King has been president of Lyon College since 2017.

This story has been updated. It was originally published at 3:59 p.m. under the headline, "Mayor, county judge call for ouster of Lyon College president after 'white-supremacist population' remark."