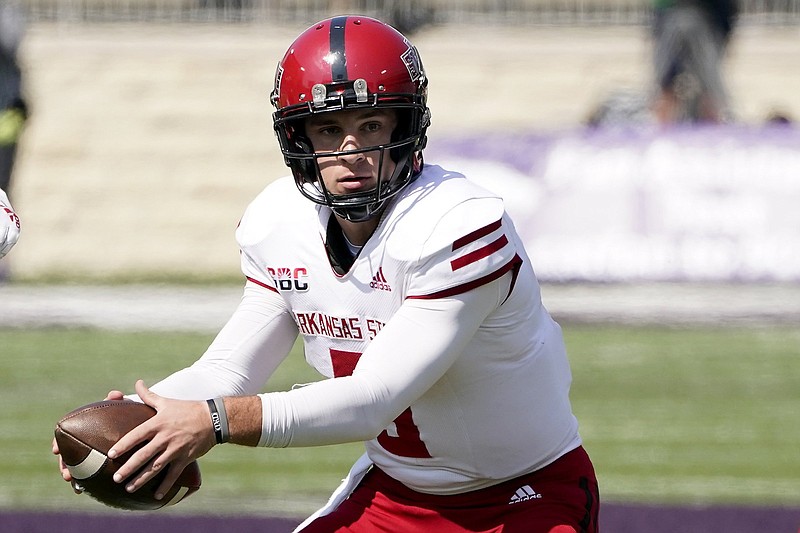 Layne Hatcher is familiar with a quarterback battle after sharing snaps with Logan Bonner in 2020.

Bonner is now gone, and so is former coach Blake Anderson. But Hatcher once again finds himself in the thick of a quarterback competition -- one that could last into the season's opening week, and perhaps beyond.

"I don't ever believe in putting parameters or dates on when you need to name a starting quarterback," Arkansas State University Coach Butch Jones said last week. "It gets back to following the process. Both [Hatcher and Florida State transfer James Blackman] are doing a great job competing, and I just think when it happens, it happens."

Hatcher's numbers from a year ago suggested he had earned the right to be the starter. He was the more efficient passer, throwing for almost 200 yards more than Bonner on 68 fewer attempts. He also was the more effective of the pair, with Hatcher tossing 19 touchdowns with just 2 interceptions whereas Bonner finished with 18 and 6, respectively.

The eye test would also tell you that Hatcher is a fit for Jones' offensive scheme. The Red Wolves want to throw the ball deep in the passing game, and Hatcher did that consistently when he was on the field last season. He's had an average depth of target at 13.2 yards over the past two years, putting him atop all Group of Five quarterbacks in that span.

Plus, he's already developed a rapport with many of the pieces that will be key cogs in this ASU offense. Running back Marcel Murray, wideouts Corey Rucker and Jeff Foreman, and tight end Reed Tyler have all been offensive regulars during Hatcher's time in Jonesboro.

"We tried to throw as much as possible in the summer," Hatcher said last week. "Our chemistry is in the right spot. I feel really good about everybody, and I trust every single guy in that room to go out there and make a play for me."

But there's a reason why Jones brought in competition for Hatcher. And it may have to do less with the incumbent than it does with Blackman, who arrived this summer after spending the past four seasons with the Seminoles.

Yet he couldn't hang onto his starting role last season under Coach Mike Norvell, a former University of Central Arkansas wideout, and opted to transfer with two years of eligibility remaining after redshirting in 2018.

He's quickly assimilated to the Red Wolves' culture -- Blackman and Jones developed a relationship when Jones recruited him during his tenure as Tennessee's head coach -- and has frequently been pointed to as a leader along with Hatcher.

"The biggest thing is that you can't get the time back, so enjoy every moment of it," Blackman said last week. "That's all I've been trying to do -- come out with my brothers, work hard, sweat, just put in all of the work and get through the adversity together."

Both guys have been a season-long starter before. They know what it takes.

Jones does as well, and if he opts to let the battle trickle into the season opener against UCA, he's made clear what he wants to see.

"I hate to say it, but consistency," said Jones, returning to a theme that's been a constant throughout camp. "Managing the offense, making good decisions, leadership, commanding a presence every time you step on the field. Just all the nuances of playing quarterback."

The fifth in a series previewing position groups for the Arkansas State football team.

Quarterbacks at a glance

Analysis Hatcher and Blackman will battle it out for the starting spot until Coach Butch Jones decides to name a starter. They have been sharing reps with the first-team offense throughout camp, and there has been little to indicate whether Jones is leaning one way or another. Hatcher brings familiarity after starting most of the 2019 season and taking half of the snaps a year ago, but Blackman showed flashes of brilliance with Florida State — although he’s twice failed to hang onto his starting job as a collegian. Behind them, Begeal — a true freshman from Cibolo, Texas — appears to be the third stringer. If things get really desperate, Walters does have SEC experience, having spent two seasons at Vanderbilt, appearing thrice, and then was with Mississippi State last fall. 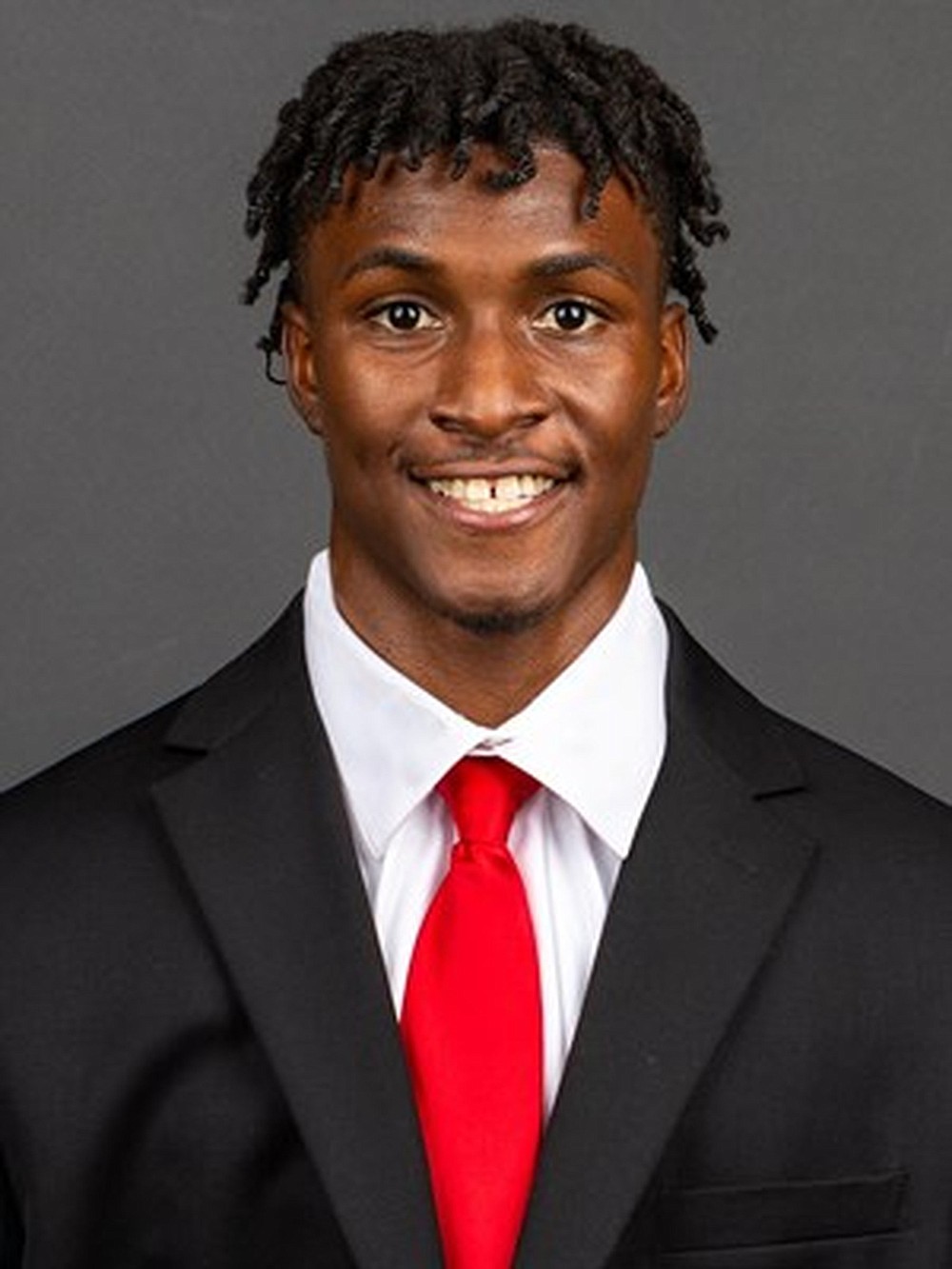 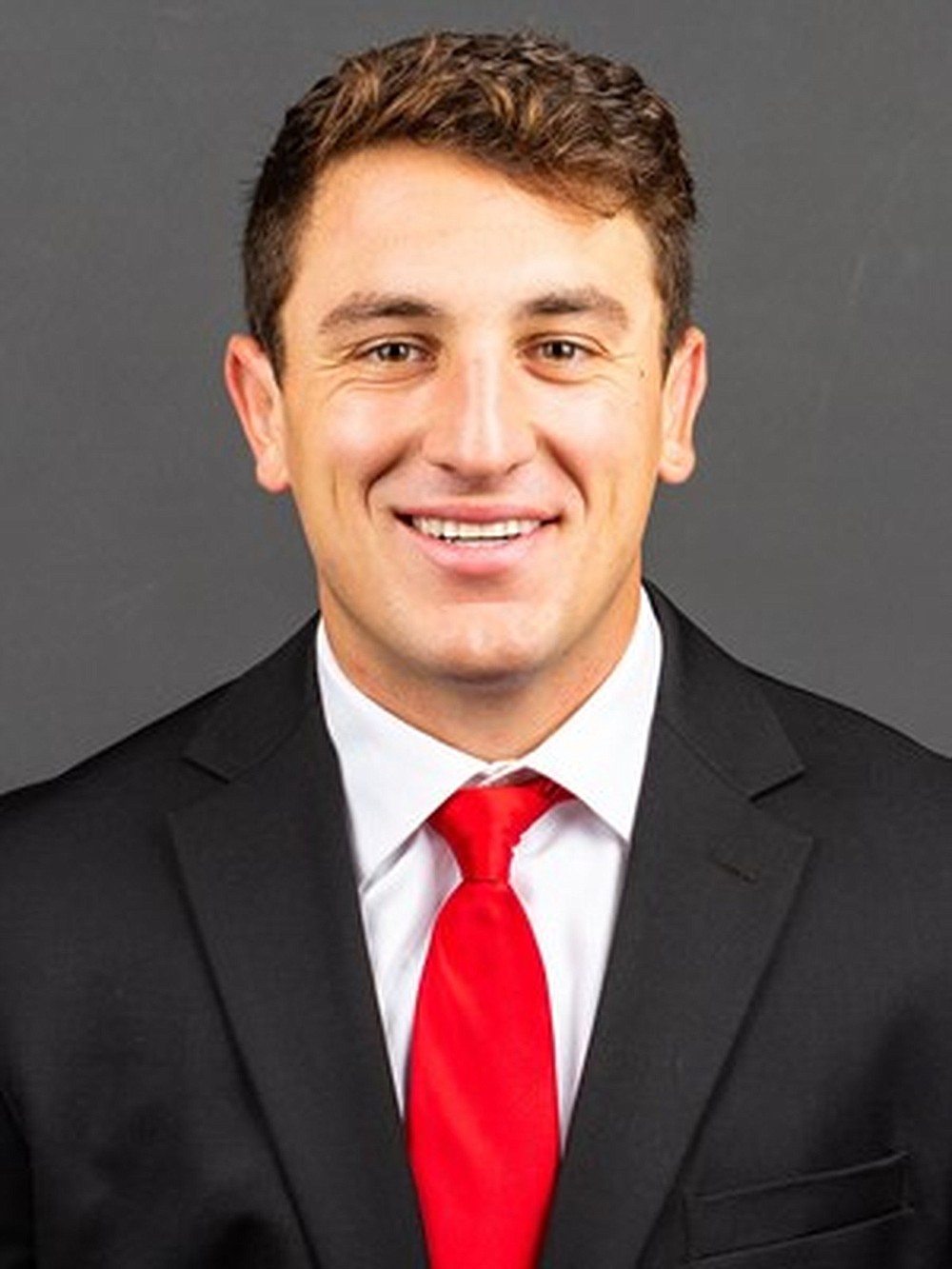