Director is ready again to adapt on 'The Miracle Worker' 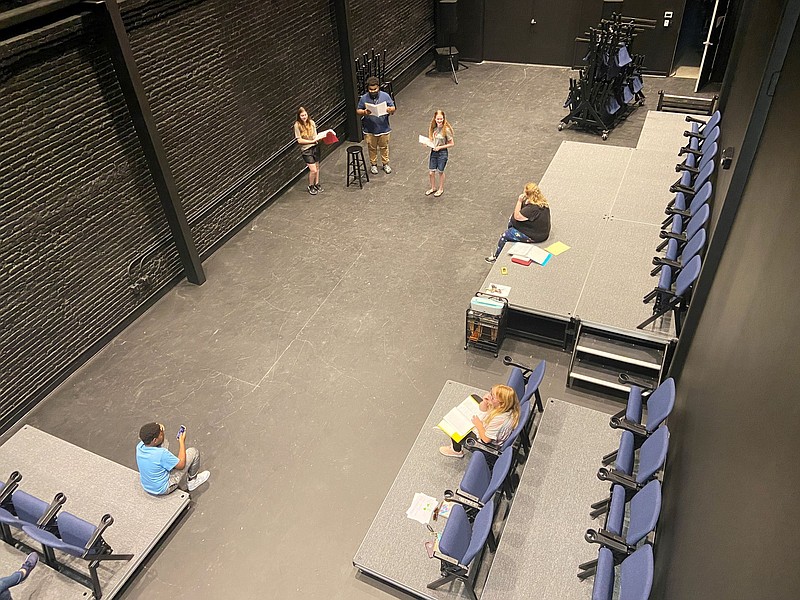 Actors rehearse for “The Miracle Worker” at the Arts and Science Center for Southeast Arkansas’s Adam B. Robinson Jr. Black Box Theater. (Special to The Commercial/Deborah Horn)

At this point, she's focused and as with every other production, she's giving it her all.

This isn't the first time she's been forced to rethink and present a production in a new way. Last year, when the pandemic closed ASC's theater, Earnest directed the livestreaming "Mirror, Mirror on The Wall -- A Virtual Fractured Fairy Tale."

The result was a fast-paced and fresh retelling of old, familiar childhood stories.

She also directed "Simply Cinderella," and "Magically Musical" at the Cleveland County theater.

"The Miracle Worker" written by William Gibson, dramatizes the classic true story and life of Anne Sullivan and her student Helen Keller.

Only Sullivan realizes that there is a mind and spirit waiting to be rescued. What may be the beginnings of a volatile relationship transform into a lifelong friendship, according to ASC.

ASC Director Rachel Miller said the theater was named for the late Adam B. Robinson Jr., "who was a generous and longtime supporter of ASC."

Earnest started volunteering and working in the ASC theater in her late teens in a variety of on-stage and behind-the-scenes roles.

Earnest, now 30, says it's an incredibly humbling experience to oversee the first production in the 65-seat theater named for a person who was influential in her life.

"I first met Adam Robinson when I was about 18, the same age as some of the kids in our cast. Adam was definitely amazing ... It's inspiring to see his legacy live on in programming geared towards these young people who will also go on to make a big impact themselves," Earnest said.

The oblong theater with a catwalk is tucked into the ART WORKS on Main Street in downtown Pine Bluff, and, Miller said, "This space is great for small ensembles."

Earnest said it's perfect for "The Miracle Worker."

It's an intimate space, and at least for this production, the actors will perform on the theater's floor surrounded by the audience.

"Some of the rows of chairs are actually on the floor with the actors," and other seats are on raised platforms, Earnest said.

It's not the first time, she's worked in a small setting and said, "I'm kind of used to it."

But it is different from the Bellamy Theater in the original facility on Main Street, and most of these kids have never performed in a black box theater, so, she said, "We are all playing around with what works and what doesn't work."

For Earnest and the 16-member cast, it's still early in the rehearsal process.

At the Wednesday evening rehearsal, the cast decided to change the audience seating and moved the chairs to make it happen.

"I try to be as collaborative [with the] kids as possible, and I think they learn a lot more by doing it that way. Sometimes, most of the time, their ideas are better than mine," Earnest said.

Like in film noir, lighting in a black box theater is critical but Earnest said the cast has yet to explore that aspect of the production.

Also, the cast will not be wearing microphones, like those needed in larger, elevated stages.

Earnest directed her first production in 2015 and said being the first director in a new setting isn't a cause for nerves; however, the time crunch is -- they have to be ready in about three weeks for opening night. 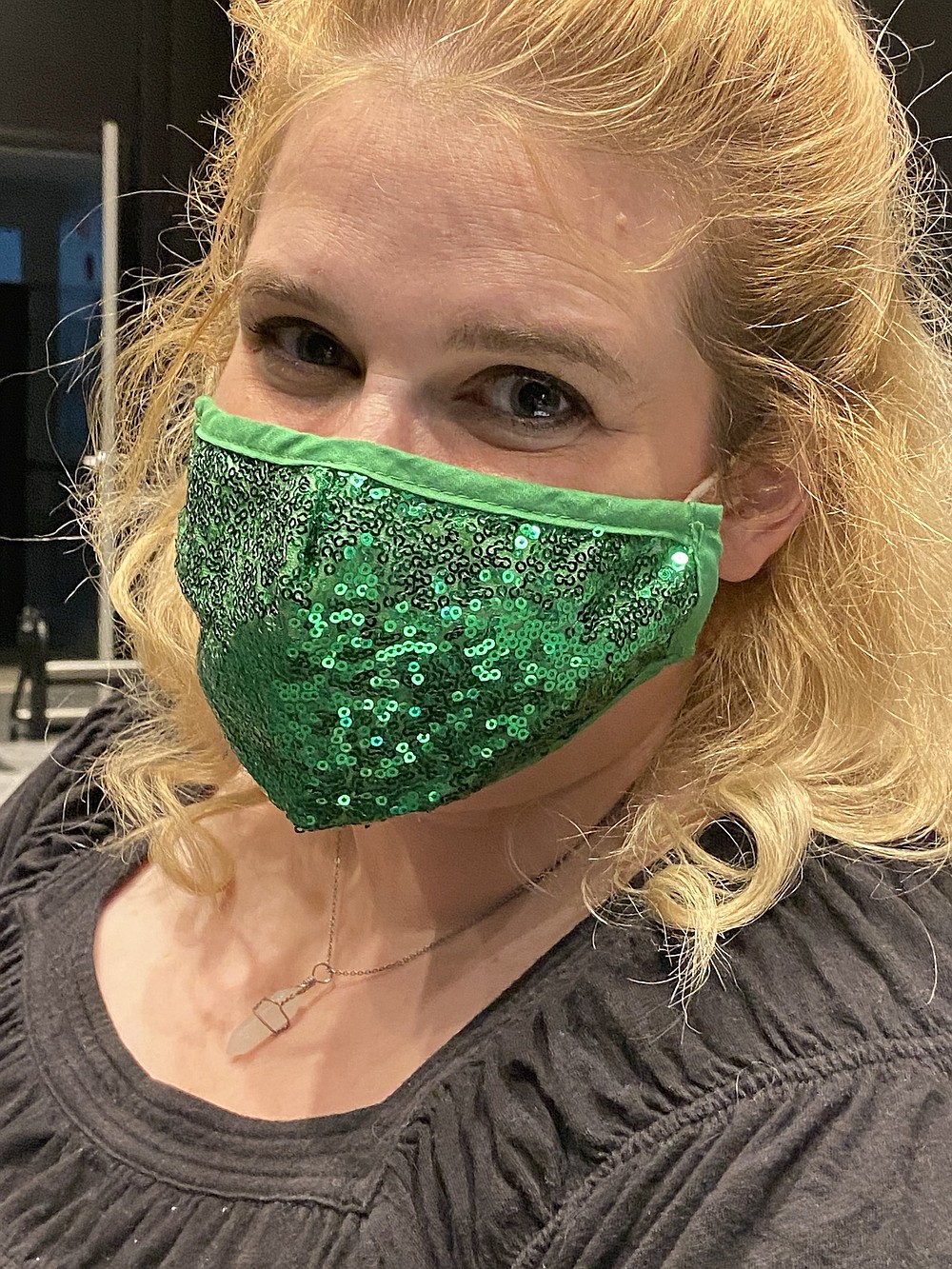