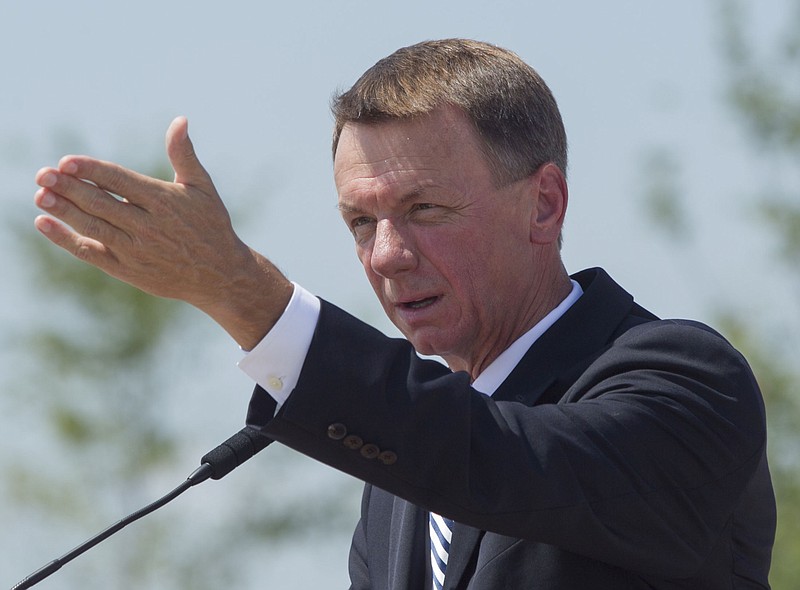 Central Arkansas' population growth in the past 10 years was half the rate of the previous decade, and it was fueled by natural growth rather than migration for the first time in decades, according to a new analysis of the figures.

Tab Townsell, the top executive at Metroplan, the transportation planning agency for the region, told his board -- composed largely of the area's county judges and mayors -- that while there was growth, the numbers speak to a regionwide concern.

"The bloom is off the rose," he said Wednesday at the board's monthly meeting. "Those looking to go find [a place to start] their career, they are no longer looking at Central Arkansas. We've got to think of ways to be more competitive."

Townsell's comments and the analysis of the latest population figures from the U.S. census provided a sobering counterpoint to Little Rock Mayor Frank Scott Jr., who used a news conference last week to highlight gains in the region, including the city's population exceeding 200,000 for the first time.

Regionwide, the population grew to nearly three-quarters of a million people. The six counties in what is known as the Little Rock-North Little Rock metropolitan statistical area are Faulkner, Grant, Lonoke, Perry, Pulaski and Saline.

The 6.9% growth was less than half the 14.6% the region enjoyed from 2000 to 2010, according to the presentation by Jonathan Lupton, a senior planner for Metroplan. The region's growth in that period exceeded the growth in the nation's population and the state's population, which rose 9.7% and 9.1%, respectively.

The region's six counties were among the 30% of Arkansas' 75 counties that didn't lose population between 2010 and 2020.Nationwide, more than half of the 3,143 counties lost population, according to the U.S. census.

But Townsell's concern was not only about the declining growth rate in the region's population, but also about how the population grew.

From 2000 to 2010, the population growth was fueled more by net migration, in which more people moved into the region than left the region, than by natural growth -- births minus deaths. That decade saw the region gain 50,512 from migration and 38,727 from natural growth.

"So both factors went down, but migration went down by more, and accounted for fewer people than natural increase this time around," Lupton said.

And it no longer is just Little Rock. Population growth in Bryant, Benton, Cabot and Conway continued to outpace Little Rock, but their growth didn't match the rates of the preceding decade, Lupton's analysis found. And though some smaller cities -- such as Wooster in Faulkner County, Haskell in Saline County and Ward in Lonoke County -- exploded in population, Townsell attributed their growth to the medium-size cities losing population "out the back door" to those smaller communities, much like Little Rock once did to the medium-size cities.

"The whole region settled down and cooled in terms of population," he said. "That's part of why you see the net migration is smaller for the first time in decades than the net birth-death rate.

"It is a consideration we might keep in mind as we compare ourselves with the tremendous growth that is still going on in Northwest Arkansas, that perhaps for people looking to go find their career, find their adult life, they're not necessarily considering Little Rock-North Little Rock-Conway metropolitan statistical area like they once did."

Townsell told the board that a future meeting will be devoted to the region's population growth.

The agency hasn't been sitting on its hands, though. In March 2020, the board voted to spend $55 million over the next 10 years on developing a regional greenway, a system of pedestrian and bicycle paths, rather than on road construction, a move that Townsell at the time called a "game-changer" for the region.

The first $4.2 million in grants for construction were awarded last week to build the first 12.4 miles of the proposed Southwest Trail, which is envisioned as a 60-mile trail between Little Rock and Hot Springs.

Three separate grants were awarded to Pulaski County, Saline County and Benton to build the initial connecting segments of the trail in those jurisdictions.

More broadly, such a network would provide benefits beyond transportation, including enhancing the region's quality of life and promoting economic development, proponents of the concept say.

Developing amenities such as bicycle trails is an increasingly important component of attracting younger workers, which could arrest further declines in population growth rate.

The decision to shift priorities came after a year in which board members visited two areas where multiuse paths play key roles.

That included a retreat in Bentonville, which is part of the Razorback Regional Greenway, a 36-mile shared-use trail extending from north Bentonville to south Fayetteville.

At last week's meeting, the board voted to subsidize study tours of the Razorback Regional Greenway and other bike and pedestrian facilities in Northwest Arkansas. The money would be redirected from unused travel and training funds because of the pandemic.

"Staff saw this subsidy as a way of building local knowledge and interest in a regional greenway system in order to build better local political partnerships for Metroplan's decade long goal of building such a system," an introduction to the proposal said.

Maumelle is undertaking a tour this month. Officials from Cabot are going on the same tour next month.

The cost of a 12-person tour is $10,650 plus approximately $125 per person for hotel rooms. The Metroplan board agreed to contribute $5,000 toward each tour, leaving local groups responsible for the balance of the $10,650, or $5,650, which comes to $470 per person. They also would be responsible for the hotel expenses.