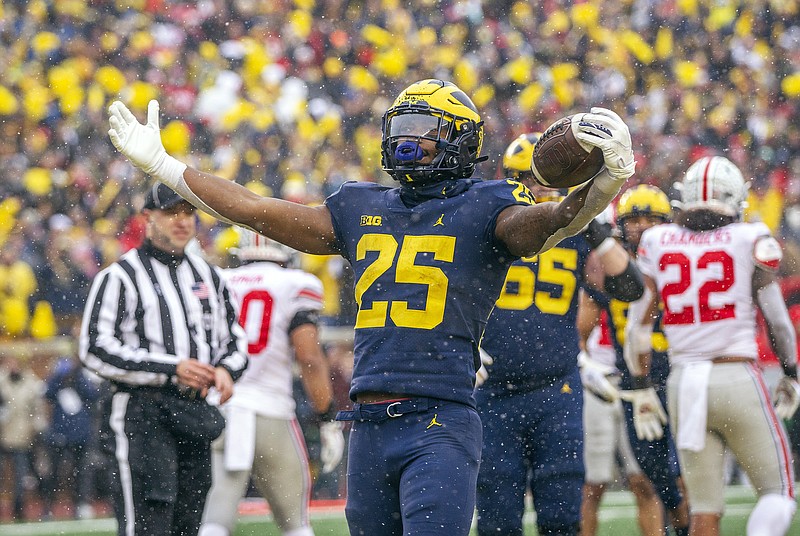 DALLAS -- Michigan moved up to No. 2 Tuesday night in the second-to-last College Football Playoff rankings, joining Georgia, Alabama and Cincinnati in the top four heading into conference championship weekend.

Oklahoma State is fifth going into the Big 12 Championship Game on Saturday against No. 9 Baylor, and Notre Dame is sixth with no games left and no head coach.

Brian Kelly left the Fighting Irish and was introduced as the new coach at LSU on Tuesday, three days after independent Notre Dame finished its season 11-1.

Selection committee chairman Gary Barta, who is Iowa's athletic director, noted selection protocol requires the committee to consider the unavailability of players and coaches, and how that could affect a team's performance in the postseason.

Losing Kelly had no impact on this week's ranking for Notre Dame because the committee does not project ahead into the postseason until all games are finished.

"And each of the 13 members can weigh that the way they want to weigh it, compared to head-to-head competition and common opponents and all the other things we evaluate," Barta said.

Georgia was first, as it has been for every selection committee ranking so far, and Michigan climbed to No. 2 after it beat last week's No. 2, Ohio State. The Wolverines play 13th-ranked Iowa in the Big Ten title game.

Alabama will be third going into the SEC Championship Game with Georgia, and Cincinnati is fourth heading into its American Athletic Conference Championship Game against Houston, which is 21st in the committee's rankings.

The playoff field will be set Sunday. The top four teams will play in the Orange and Cotton bowls on Dec. 31. The College Football Playoff national championship game is scheduled for Jan. 10 in Indianapolis.

The penultimate rankings come the day before the conference commissioners who manage the playoff meet in Dallas for a pivotal gathering.

The management committee -- comprised of the commissioners of the 10 FBS conferences and Notre Dame's athletic director -- has a self-imposed deadline to agree on how to expand the playoff.

The commissioners have been debating whether to triple the playoff field to 12 teams. For a new model to be in place by the 2024 season, a format would have to be approved by the CFP oversight committee of university presidents and chancellors by mid-January.

If the management committee cannot come to a consensus on the the size of the field at this meeting, it is likely that the soonest expansion could happen would be the 2026 season, after the current television rights contract with ESPN expires.

CFP Executive Director Bill Hancock has said multiple times a plan needs to be agreed upon and approved by January for early expansion to be feasible.

For now, though, the field is four and heading into conference championship weekend, the contenders appear to be down to six teams.

Here are their most direct paths to the playoff:

• Georgia (12-0). The Bulldogs look like a lock no matter what happens in the SEC Championship Game

• Alabama (11-1). Win and in, but could a close loss to the Bulldogs make the Tide the first team with two losses to make the field of four? Just how close would Alabama have to keep it?

• Cincinnati (12-0) is trying to become the first team from outside the Power Five conferences to make the playoff. Will staying undefeated be enough to keep the Bearcats from being passed by the team right behind them? There is no precedent here. No so-called Group of Five conference team has ever been close to playoff position entering championship weekend.

• Oklahoma State (11-1). The Cowboys are well positioned to benefit from any slip-ups in front of them.

The only time a 12-1 Power Five conference champion was left out of the CFP was in 2018, when Ohio State finished sixth in the committee's final ranking behind two unbeaten Power 5 champs, unbeaten Notre Dame, 12-1 Big 12 champ Oklahoma and Georgia, which was 11-2 after losing by a touchdown to Alabama in the SEC title game.

Can Oklahoma State pass Cincinnati if both win Saturday?

• Notre Dame. The Fighting Irish need help and now have to also consider if the committee would dock them for not having a head coach. 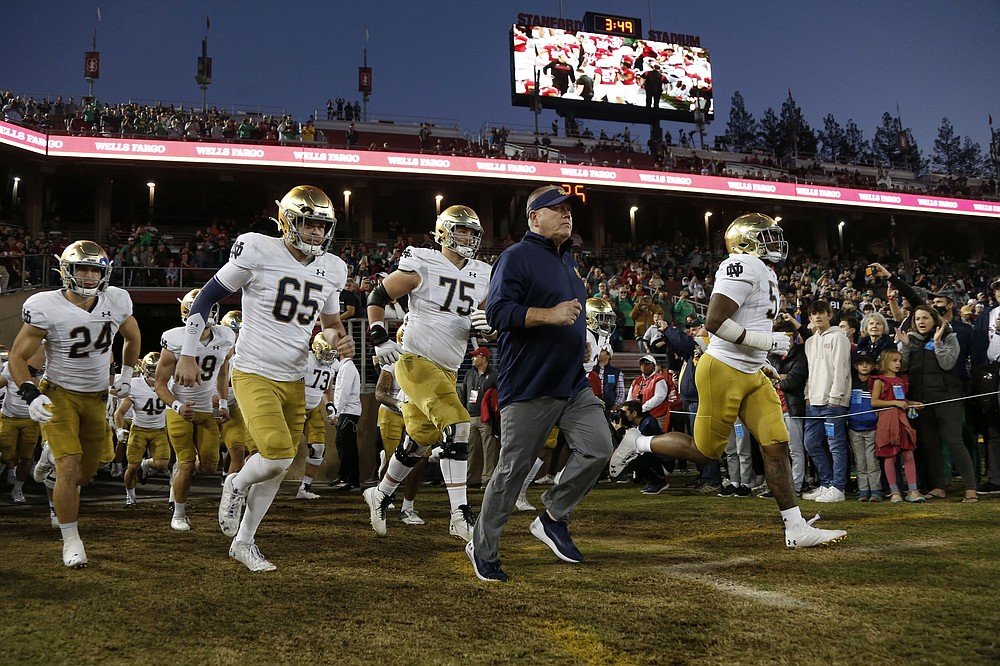