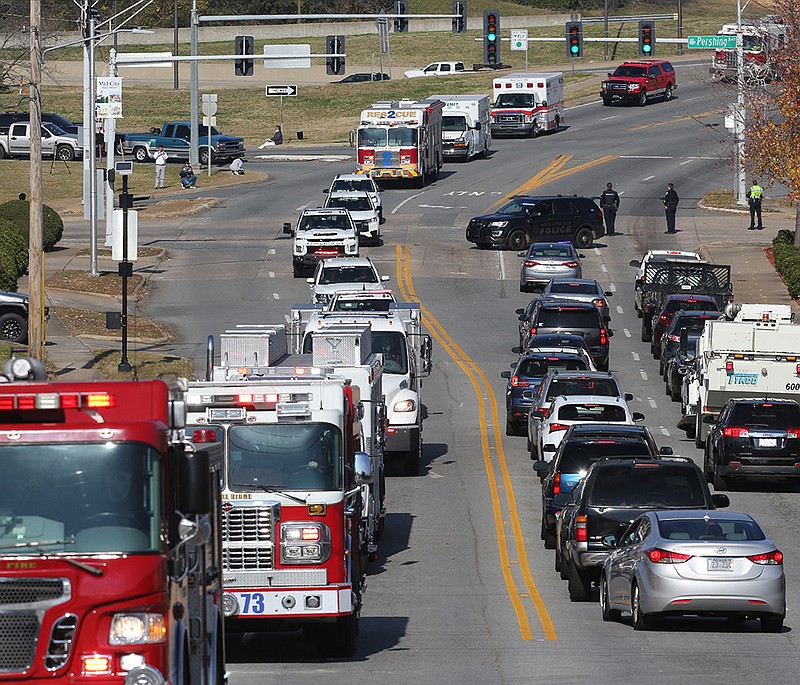 A procession of emergency vehicles make its way along JFK Boulevard during the funeral of MEMS paramedic Maj. Dean Douglas on Wednesday in North Little Rock. (Arkansas Democrat-Gazette/Thomas Metthe)

A paramedic was holding onto the roll cage of a utility vehicle while riding a bike to an emergency call at the Little Rock Marathon on Nov. 21 when he was pulled under the vehicle and fatally injured, a Little Rock police report says.

About 10 a.m. Nov. 21, two hours after the marathon started, Douglas and two other individuals were dispatched to a call about a marathon runner needing medical assistance, the police report says.

Jessica Whitener, 40, of Cabot was driving the MEMS-owned utility vehicle about two blocks from the marathon course at Daisy L. Gatson Bates Drive and South State Street when the incident happened. Patrick Harwell, 46, of Austin was a passenger in the vehicle. Neither Whitener or Harwell were injured at the time of the crash, the report says.

On Tuesday and Wednesday, flags were flown at half-staff throughout the state in honor of Douglas, per a proclamation signed by Gov. Asa Hutchinson.

Douglas is the first MEMS responder killed in the line of duty since the organization began 37 years ago, according to a MEMS Facebook post.

MEMS is a public, nonprofit entity governed by the Little Rock Ambulance Authority, according to a news release. Its service area spans about 2,400 miles in Central Arkansas and stretches across multiple counties.

On Wednesday, "MEMS officials spent their day memorializing their friend and colleague Major Douglas," Jordan Johnson, MEMs spokesperson said when asked if the company wanted to respond to the police report. "They have not seen or reviewed the police report and therefore can't comment on your specific questions."

Douglas "leaves a legacy of service and honor and will be missed by all who knew him," Thompson said. "Major Douglas was a wonderful husband, father, friend, veteran, firefighter, paramedic, teacher and healer."

Douglas, a father of three, owned D2 Comics and More in Jacksonville, and was a volunteer captain with the Gravel Ridge Fire Department. He also was a Navy veteran who served in Operation Desert Storm.

The community is asked to donate to Toys for Tots in honor of Douglas. Monetary donations can also be made in Douglas' memory at www.toysfortots.org. 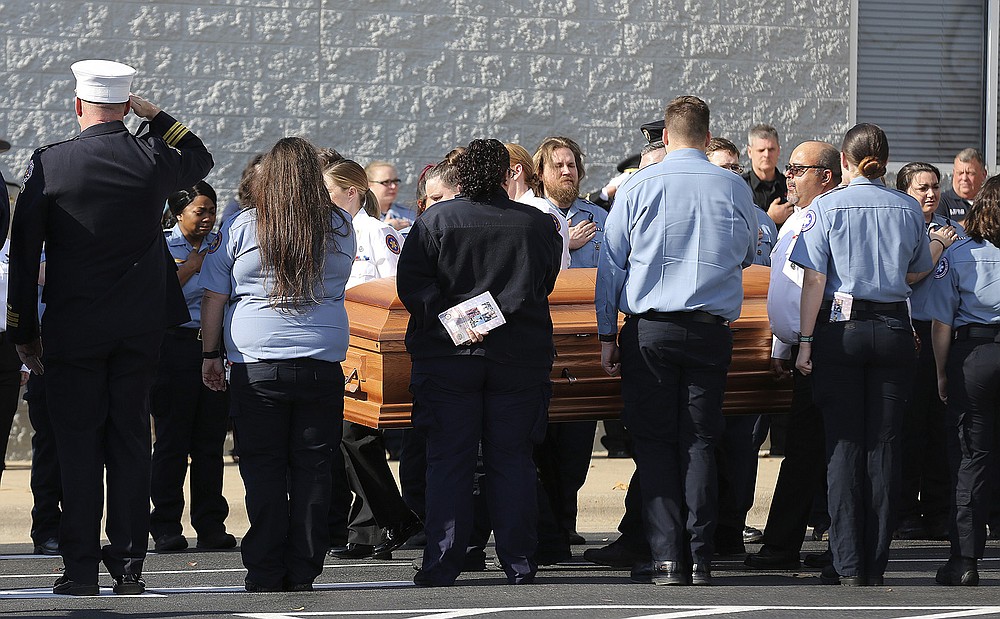