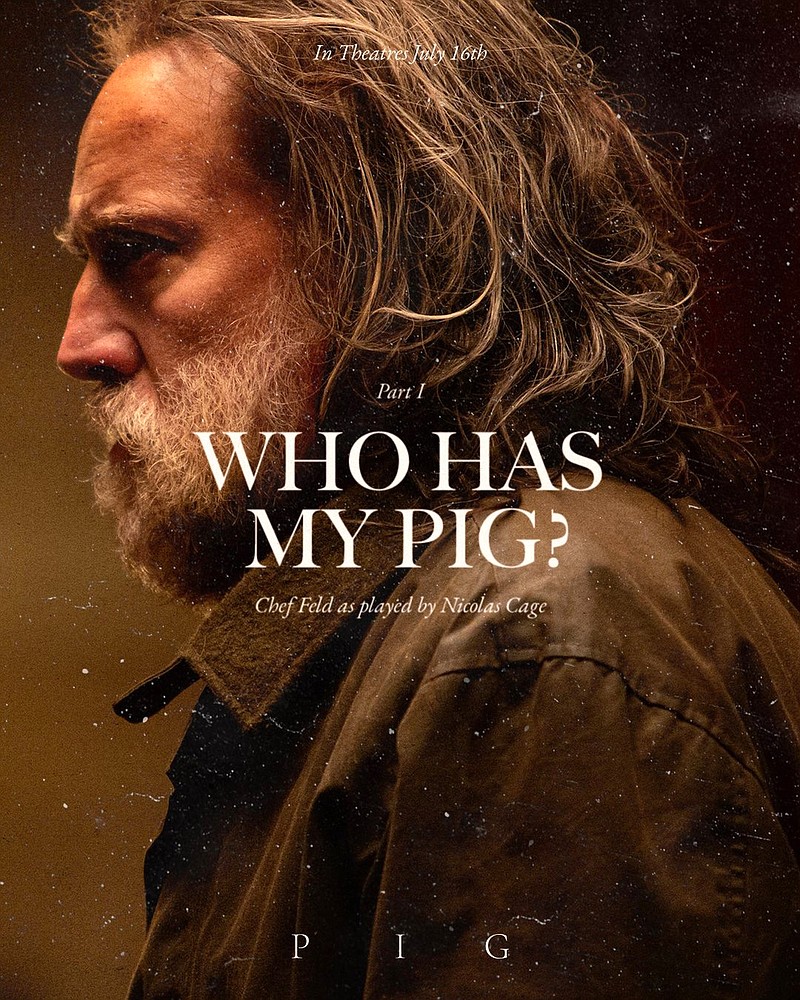 "Pig" (R, 1 hour, 32 minutes, Amazon Prime) A triumphant success for Nicolas Cage, who plays an intense, damaged ex-chef and now truffle hunter who lives alone in the Oregon wilderness with his beloved foraging pig until he is forced to return to his past in Portland after the animal is kidnapped. The direction the film takes isn't what you might expect. With Alex Wolff, Adam Arkin; directed by Michael Sarnoski.

"Keep Sweet" (not rated, 1 hour, 43 minutes, streaming on Discovery). The reign of Warren Jeffs, the prophet of the Fundamentalist Church of Jesus Christ of Latter-Day Saints (FLDS), demanded loyalty and adherence, the following of strict dress codes, banishing of community celebrations, and casting out followers who didn't fall in line. It ended with a conviction for sexual assault with underage girls, landing him in prison for life. This challenging documentary illustrates how, 10 years after his arrest, those left behind attempt to rebuild their community. Directed by Don Argott.

"In Case of Emergency" (not rated, 1, hour 21 minutes, Kino Now) A compelling festival-favorite documentary focusing on how seven dedicated, immensely energetic emergency department nurses struggle to tend patients' physical and emotional needs as well as they can, which is difficult enough before the arrival of formidable public health challenges from covid-19 and opioid abuse. Directed by Carolyn Jones.