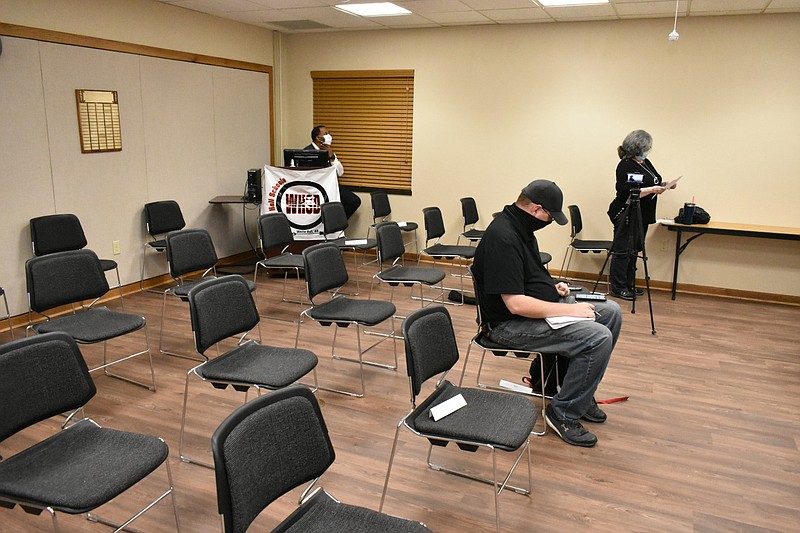 White Hall School Board members Thursday conducted a second hearing over the soon-to-be-relaxed mask requirement in a nearly empty boardroom at the district administration building.

Only one person, a high school teacher, was present to speak in favor of the mandate, which board members in November agreed to end.

Superintendent Doug Dorris recommended to change the policy of faculty members and students having to wear face coverings while on school property to a strong recommendation effective Dec. 6, citing decreases in the numbers of students who have been diagnosed with covid-19 and those who have gone under quarantine, as well as the availability of covid-19 vaccines for children ages 5-11.

“I was just about to fall over,” science teacher Teena Jeffers said. “I just kept looking and waiting around. Where is the group that was petitioned to be here tonight? And then when I found out I was the only one speaking, it was like, ‘oh, my goodness, what is going on? They’re getting what they want.’ And then to call this meeting and to not have anyone here to represent, to talk, to share their side, I don’t understand it.” Jeffers aired her concerns about the change in student performance during the pandemic, in addition to her support for the masks.

“I’m very concerned about my students and always have been, that they pull my heartstrings,” Jeffers said. “And to know that I could possibly put a child, or their grandparents or their parents or their baby brother or sister at risk, absolutely breaks my heart. Now, do I like the masks? No. I just love when everybody’s gone to take my mask off and feel the air on my face down that hallway at the school. It’s like OK. This feels good. It has been so long.” Other than Jeffers, the entire School Board and two reporters, Assistant Superintendents Debbie Jones and Cedric Hawkins, and administrative assistant Beverly Beck were the only attendees.

Candy Burris, who said she helped organize signatures for a second petition, said she didn’t know about Thursday’s meeting until she saw an alert on social media about it.

“I know several who didn’t know about it,” Burris said. “I didn’t know they even decided to call it.” Burris is a mother of three White Hall High School graduates and has a daughter in elementary school, but said she plans to move her child to another district after this school year, citing issues with the board since the pandemic started in March 2020.

“I don’t think they’ve been very honest,” said Burris, who also graduated from White Hall High. “It really has quite a bit to do with it. It’s not the same school we went to once upon a time.” Dorris said he sent a memo to Laura Golden, who headed both petition efforts, before Thanksgiving about Thursday’s hearing. Golden could not be reached for comment after the hearing.

“We thought, of the 50 people that signed the petition, we’d have some people here wanting to speak. They chose not to,” Dorris said. “We couldn’t get everybody together during the Thanksgiving holidays, and this was the first available date we could get everybody together.” Dorris said he and opponents could not agree on an earlier date, adding that a hearing cannot be held during a regularly called board meeting on the same night under state law. Thursday’s meeting was specially called.

Beck read a statement from parent Alissa Harris, who spoke against the mandate during the first hearing Aug. 31.

“She did want to commend the School Board and Mr. Dorris for all the work that you all have been doing in the community,” Beck said. “The main thing she wanted you all to know is that it’s important that you all work together and make decisions that’s best for the kids.” Dorris enacted the mandate when the school year began Aug. 16 in response to a rising number of covid-19 cases in Arkansas. Opponents of the mandate filed a petition and participated in the Aug. 31 hearing, at which time the board voted unanimously to enforce the rule.

Dorris told parents, including Golden, at a Nov. 4 district stakeholder meeting that he would relax the mandate, although those who opposed the rule petitioned again to have the rule eliminated well before Dec. 6.

If the number of active cases or quarantines reaches 30 or more, Dorris said, the mandate will be reinstated for seven days.

In other business, the board moved its next regular meeting from Dec. 14 to Dec. 9, and Jennifer Solano was hired as a middle-school art teacher. 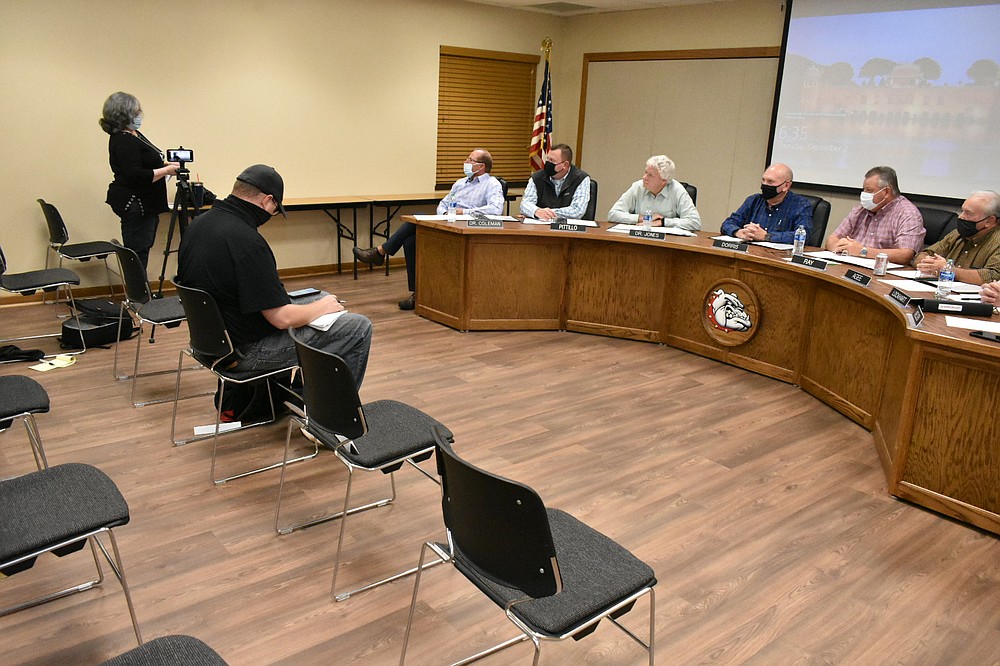 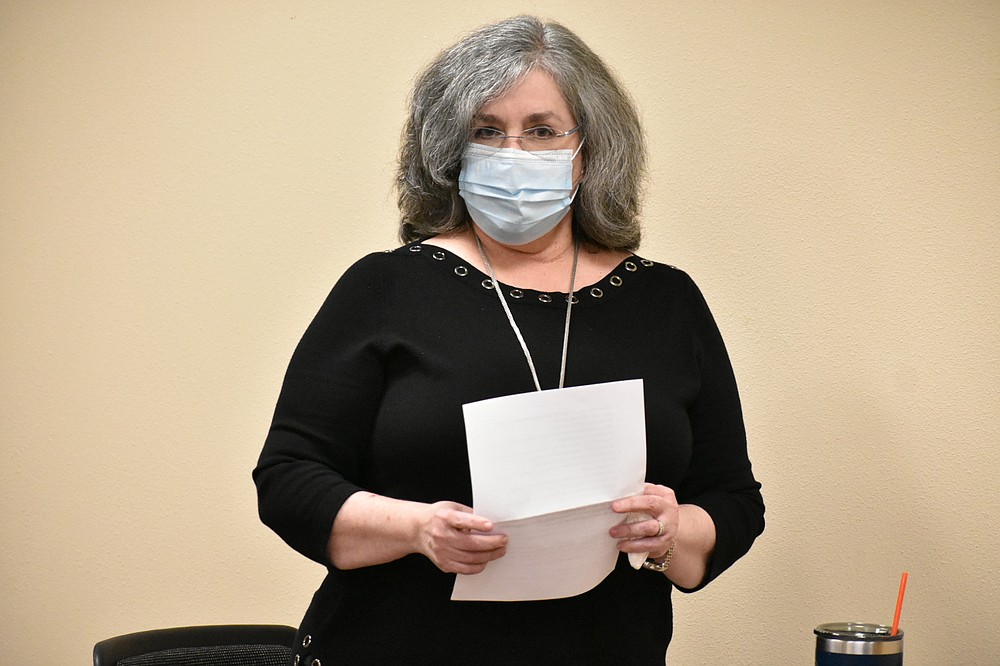 Teena Jeffers speaks in favor of the White Hall School District mask mandate, which will be reduced to a strong suggestion, during a hearing Thursday, Dec. 2, 2021. (Pine Bluff Commercial/I.C. Murrell)