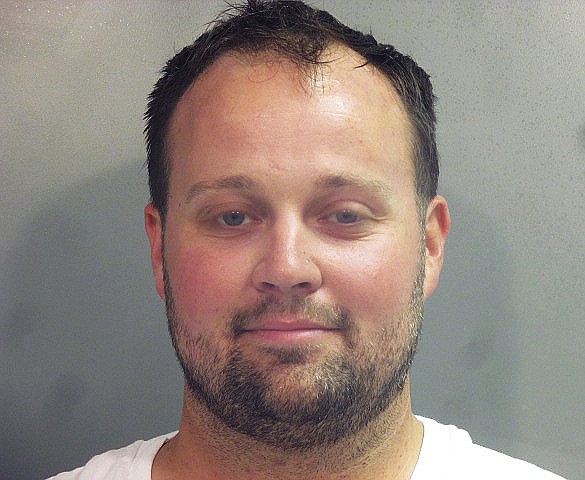 FAYETTEVILLE -- Jurors deciding Josh Duggar's guilt or innocence in a child pornography trial deliberated almost five hours Wednesday before calling it a day and telling the judge they'd rather come back this morning than continue into the evening.

Duggar, 33, of Springdale is charged in federal court with two counts involving receiving and possessing child pornography. He faces up to 20 years in prison and fines of up to $250,000 on each count, if convicted.

Prosecutors say child pornography was repeatedly downloaded on the computer at Duggar's used-car lot on May 14, 15 and 16, 2019.

Justin Gilfand, an attorney for Duggar, told jurors in closing arguments Wednesday that government investigators focused entirely on Duggar and ignored evidence to the contrary.

"Call it what it is. They were so star-struck at the prospect of prosecuting Josh Duggar that they refused to let the actual evidence get in the way," Gilfand said.

Duggar opted not to testify during the trial.

Prosecutors argued that the case is simple and that jurors should use their common sense when looking at the evidence.

"Is this really a whodunit," Deputy U.S. Attorney Carley Marshall said, taking a jab at an earlier defense argument. "The evidence in this case shows Josh Duggar was behind the HP computer."

The same kind of data placed Duggar at the car lot when a car payment receipt was created on June 22, the analysts said. That receipt was found on the hidden computer partition used to download child pornography. At the bottom, the receipt said the salesman for the transaction was "Josh."

Prosecutors have argued that Duggar installed the partition and Linux operating system to avoid an accountability application that had been installed on the computer that would report inappropriate internet activity to his wife.

Gilfand argued that reasonable doubt exists that Duggar controlled the computer and that an unknown, remote user was possibly to blame.

"Each one of you has the right, power and responsibility to say no," Gilfand told jurors. "The most glaring reasonable doubt is that both experts agree that the possibility of remote access is real."

The defense expert, Michele Bush testified that remote access was not only possible but probable. The government's expert, James Fottrell, who heads up a computer crime forensic analysis unit at Homeland Security Investigations, testified that while it is conceivably possible, it is not probable.

Gilfand argued that the government botched the investigation by not taking a router that would have shown what devices were connected to WiFi at the car lot as well as other devices that were on the property. The government contends that routers don't contain enough data long enough to be useful.

Gilfand also argued that the way in which files were downloaded was overly complicated for no good reason and that whoever did it employed applications that Duggar didn't use.

"It makes no sense, but it is consistent with a remote user," Gilfand said. "This is a trail of bread crumbs they didn't want to follow and chose not to follow."

Deputy U.S. Attorney Dustin Roberts told jurors that the defense was "trying to divorce you from the truth in favor of insanity."

Roberts argued that there's no reason to believe Duggar's car lot in the middle of nowhere is a place that would be targeted for a cyberattack.

"The bad stuff only happens when he's at the car lot," Roberts said.