OPINION | GAME ON: 'Crying Suns' is like ‘FTL’ but with a real story 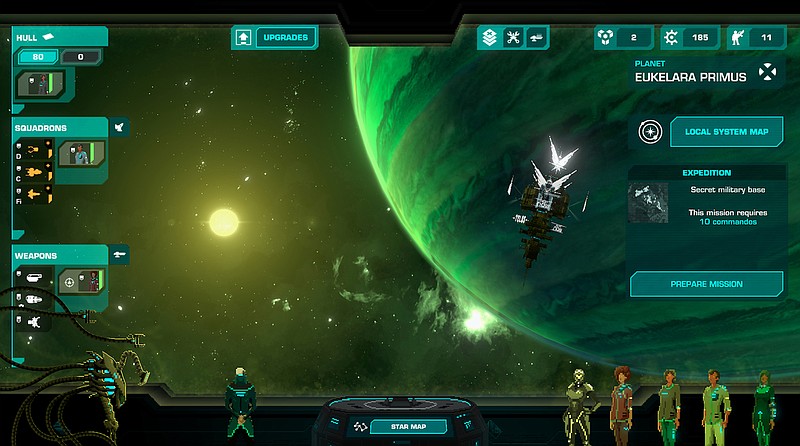 There's something compelling about ironman play-throughs and rogue-like games, where one misstep can ruin your game and force you to start over from the beginning.

The tension added by removing the ability to quickly undo mistakes, I think, brings a far more rewarding experience overall.

One of the gold-standard rogue-like games is "FTL: Faster Than Light," a spaceship simulator that sends you and a crew through a randomly generated galaxy. The universe is a big place, but now a challenger, "Crying Suns," has appeared in that space, and it has some serious chops.

The draw of "FTL" is almost pure gameplay — there's a thin veneer of a story, but it doesn't go much further than that. On the other end of the spectrum, "Crying Suns" sends you into an immersive, narrative-driven story that uses a variety of classic sci-fi themes, one the developers say is inspired by the Foundation and Dune series.

Players control the clone of a once-famous intergalactic admiral, Ellys Idaho, who is awakened in a very "Matrix"-like people-farm in a far corner of the universe. The OMNIs, god-like machines that did everything for their human masters for hundreds of years, mysteriously shut down 20 years ago, and humanity is nearing extinction.

Admiral Idaho must pilot a battleship across a fallen galaxy to find out what happened, both to the galaxy and to himself.

While the storyline is linear, every play-through of "Crying Suns" promises a unique experience, as Idaho's ship must traverse sectors filled with randomly generated solar systems and events. Each encounter adds to or subtracts from ship resources; some encounters can be played smartly, but others are 50-50 coin flips.

Gameplay takes place in sectors, which must be crossed to the exit at the far side. The game unfolds over five chapters, and each chapter comprises three sectors, with boss fights at the end of each sector.

While the fact that there's a story is the biggest upgrade over "FTL," combat has seen a major improvement, too. Fights between ships take place in a pausable, real-time strategy (RTS) battlefield, where battleships duel using both onboard weapons (that charge up slowly between shots) and a hexagon grid where ship squadrons skirmish.

Battles are quite tactical, with each squadron having a rock-paper-scissors type of strength/vulnerability. On-board weapons can perform various functions, from directly damaging the enemy battleship or disabling its weapons systems, to healing your squadrons or even launching tactical nukes onto the battlefield.

Combat is pretty forgiving at first, and the difficulty scales up throughout each chapter.

Along with battles, resource management is key. The ship must have fuel to travel and scrap to upgrade systems and spend at various outposts encountered. The influence of "FTL" is strong in how the admiral's battleship is upgraded.

A ship also needs officers, and crew members with various abilities can be hired and unlocked. Each officer has a variety of abilities that only apply when the officers are assigned to a specific system, such as the hull, weapons or squadron. An officer assigned to the hull might repair it slowly over time, while another will place shields that absorb incoming damage.

Each officer also has various skills that can be used during events to unlock extra dialogue options or to avert danger during planetary expeditions.

One of the main elements of a rogue-like game is some kind of permanent benefit from advancing in the storyline, and that's present here, too. Beating the final boss of a chapter makes new battleships available, adding to the number of combat strategies available.

The "Crying Suns" pixel-art aesthetic is wonderful, and it has a genuinely compelling story (and perhaps real-world lessons) about what happens to humankind if the technology people rely on everyday simply isn't there anymore.

"Crying Suns" is available for desktops for $24.99 (although it sometimes can be found on sale), and it's quite reasonably priced at $8.99 for Apple and Android phones. If you're a fan of "FTL" and the rogue-like genre, snap this one up. 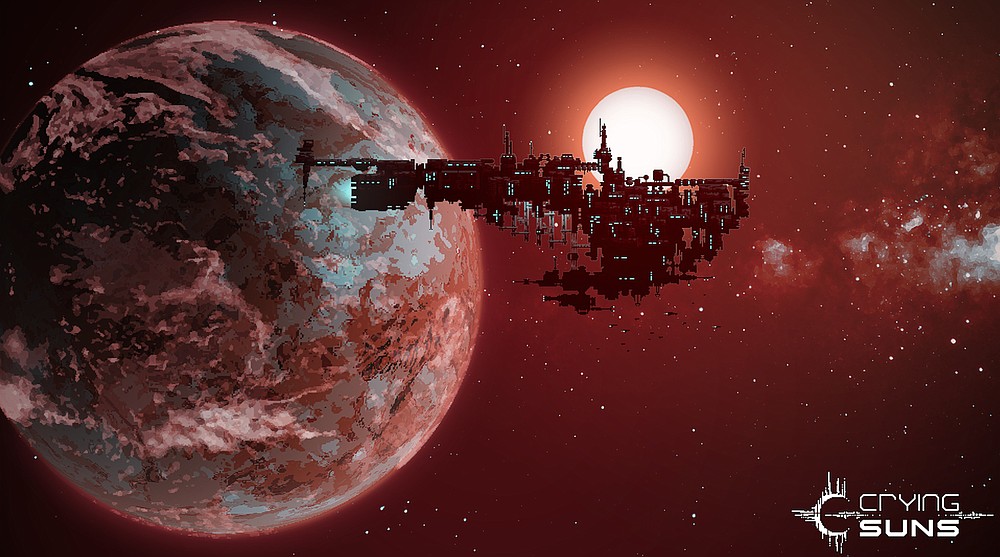