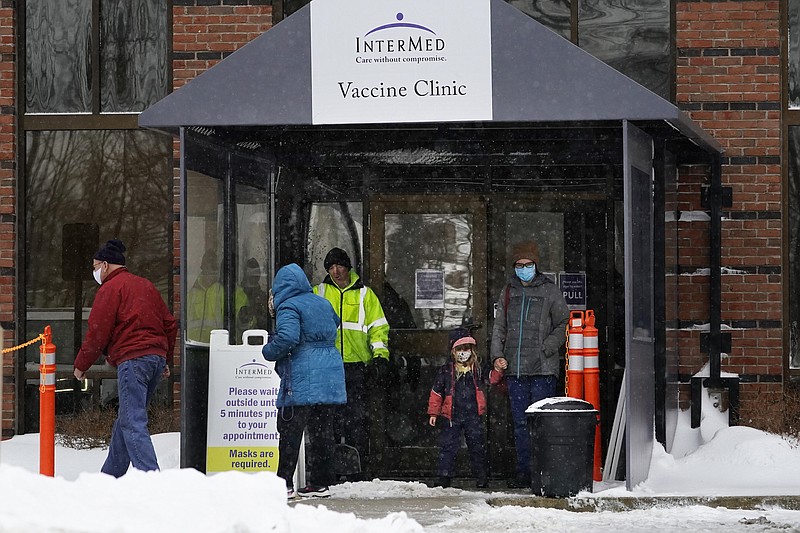 BOSTON -- Coronavirus vaccination sites across the Northeast ramped back up Tuesday after a two-day snowstorm that also shut down public transport, closed schools and stranded travelers with canceled flights.

Some officials said that since vaccine supplies were thin to begin with, they didn't anticipate having big problems getting caught up on distribution after a day or two of canceled appointments.

In New Jersey, travelers at Newark Liberty International Airport on Tuesday described being forced to endure widespread disruptions. Keno Walter-White said he got stranded at the airport after his flight was canceled and bus and tram services were suspended.

"I've been in the airport for three days, snowed in," said Walter-White, of Las Vegas. "No kind of accommodations."

Bands of snow continued through parts of the region Tuesday afternoon, but the worst was over, with more than 30 inches in parts of New Jersey and just a few inches in Boston.

Lara Pagano, a meteorologist with the National Weather Service office in College Park, Md., noted that while several areas in the mid-Atlantic saw measurable snowfall for a few consecutive days, that hasn't shattered such records.

"While this storm has been a prolonged event, it's not a record-setter in that sense, but it does rank up there pretty high, of course," she said.

The sprawling, lumbering storm had already walloped the eastern United States by Monday. More than 17 inches of snow dropped on Manhattan's Central Park, and as much as 30 inches was reported in northern New Jersey.

While New York City school kids had another day of all-remote learning because of the snow, above-ground subway and train service returned early Tuesday, and a ban on certain large trucks on state highways was lifted. Some vaccination sites in the city remained closed, but others, including those run by the public hospital system, were open Tuesday. 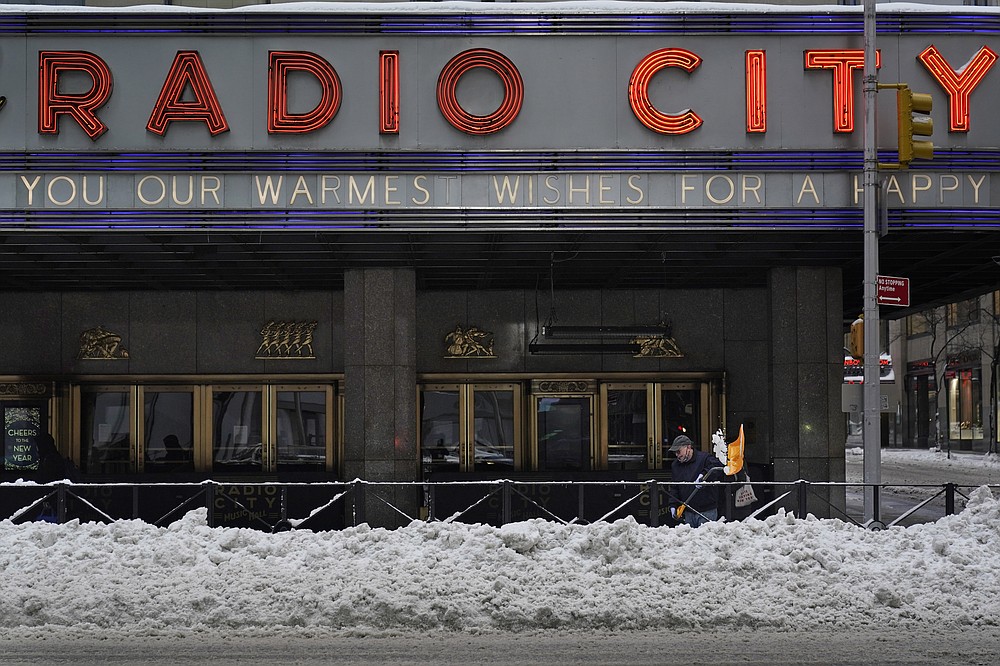 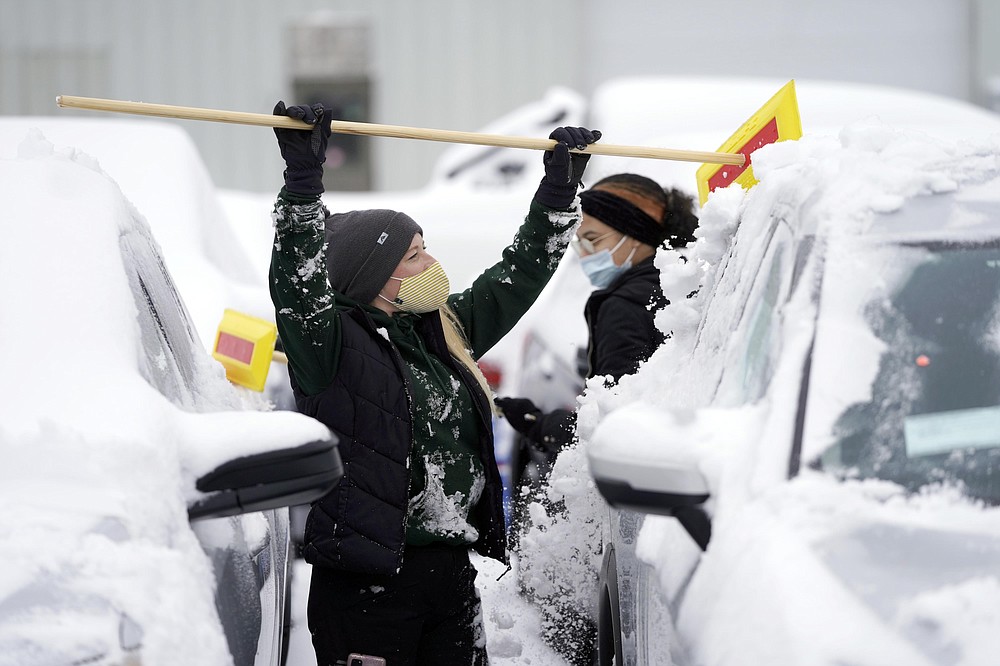 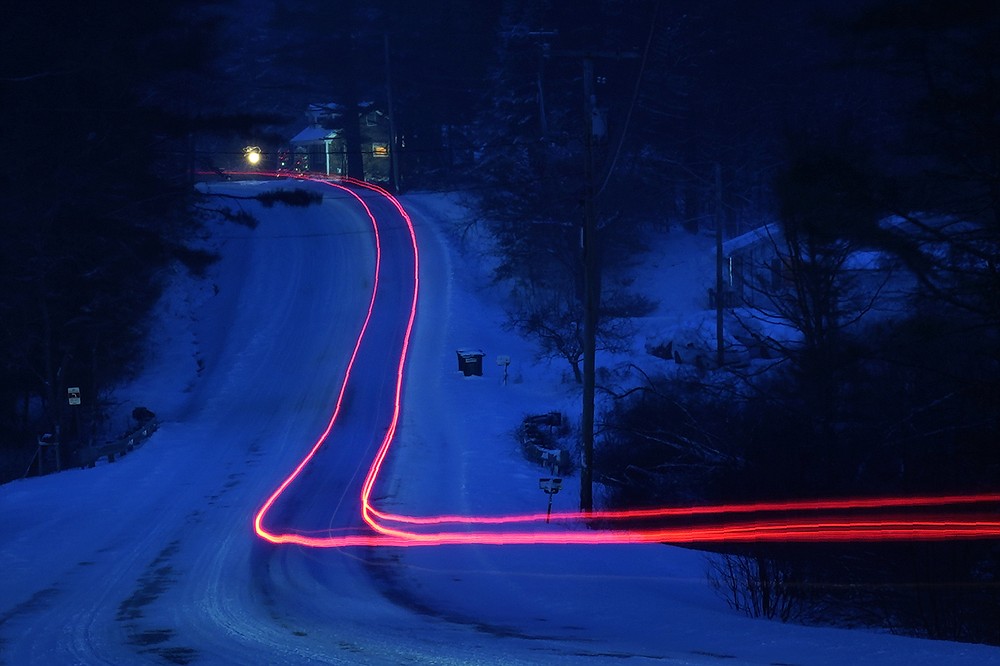 In this photo taken with a long exposure, a car driven on a snow-covered road leaves a trail of light during a winter snow storm, Tuesday morning, Feb. 2, 2021, in Freeport, Maine. (AP Photo/Robert F. Bukaty) 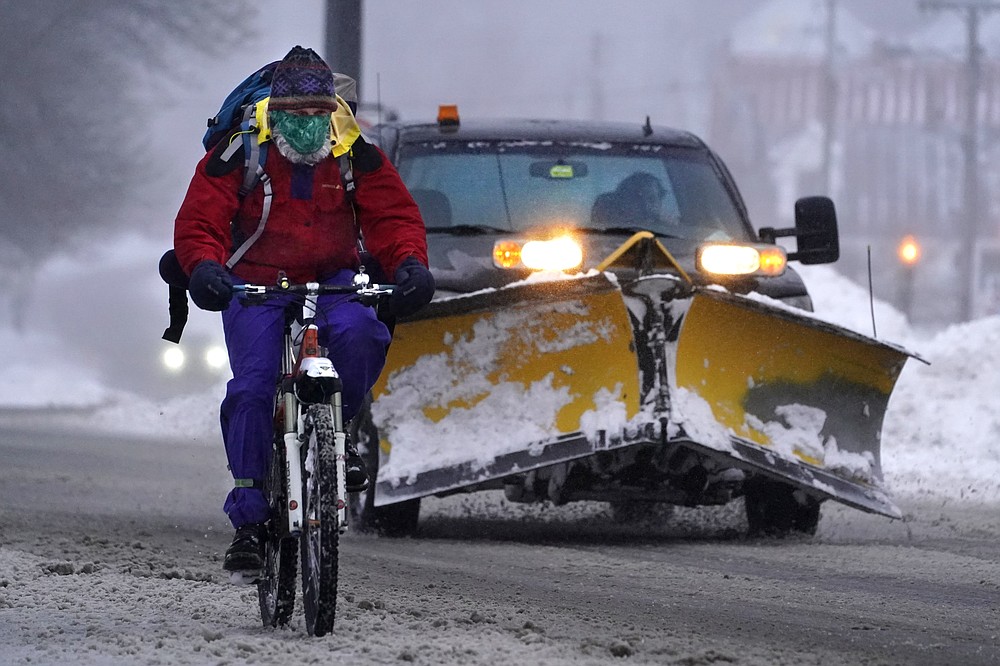 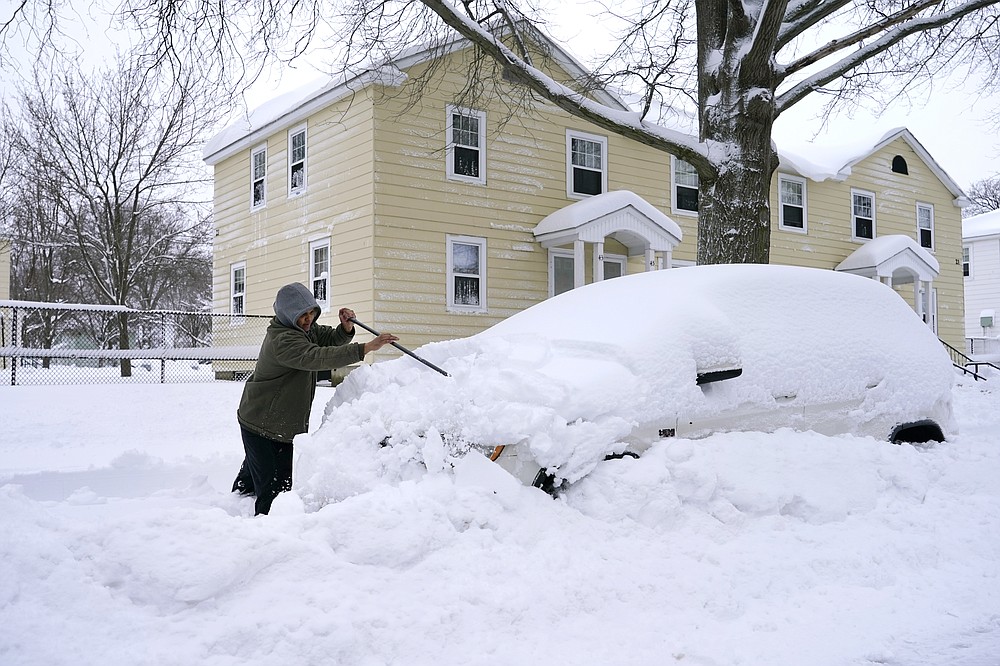 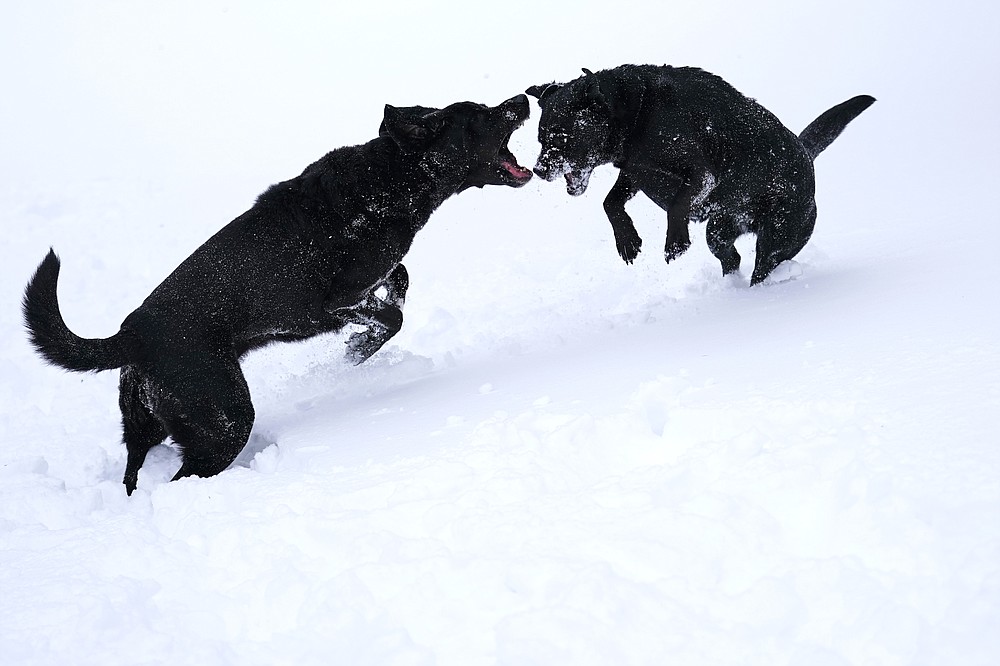 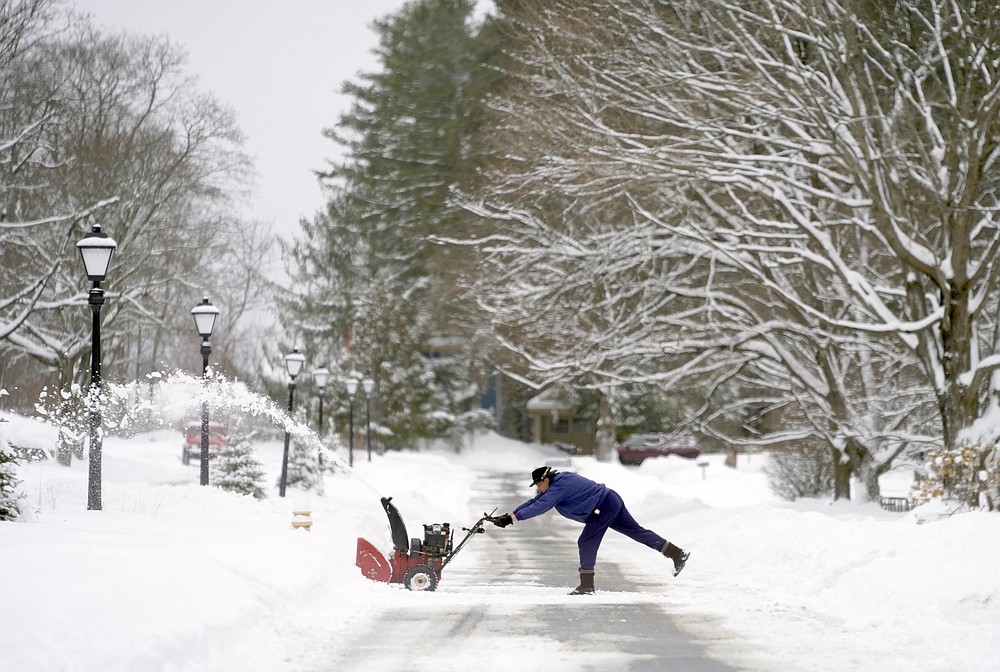 A man clears snow off his driveway on Spidina Parkway in Pittsfield, Mass., after a snowstorm hit the East coast, Tuesday, Feb. 2, 2021. (Ben Garver/The Berkshire Eagle via AP) 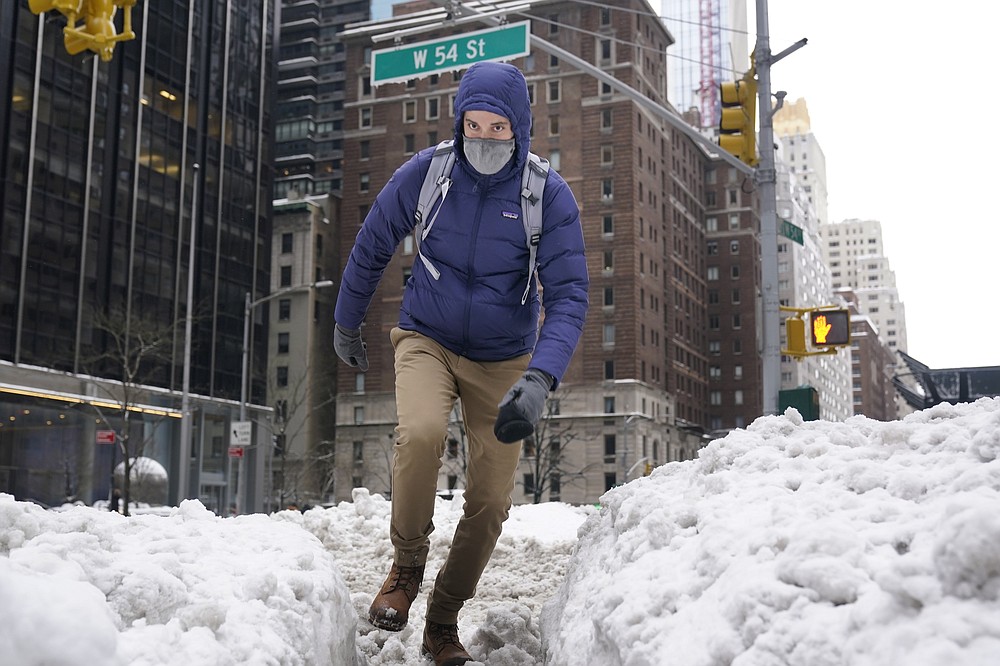 A man tries to keep his balance as he makes his way around mounds of snow in midtown Manhattan, New York, Tuesday, Feb. 2, 2021. Tuesday's snowfall comes as residents of the New York City region are digging out from under piles of snow that shut down public transport, canceled flights and closed coronavirus vaccination sites. (AP Photo/Seth Wenig) 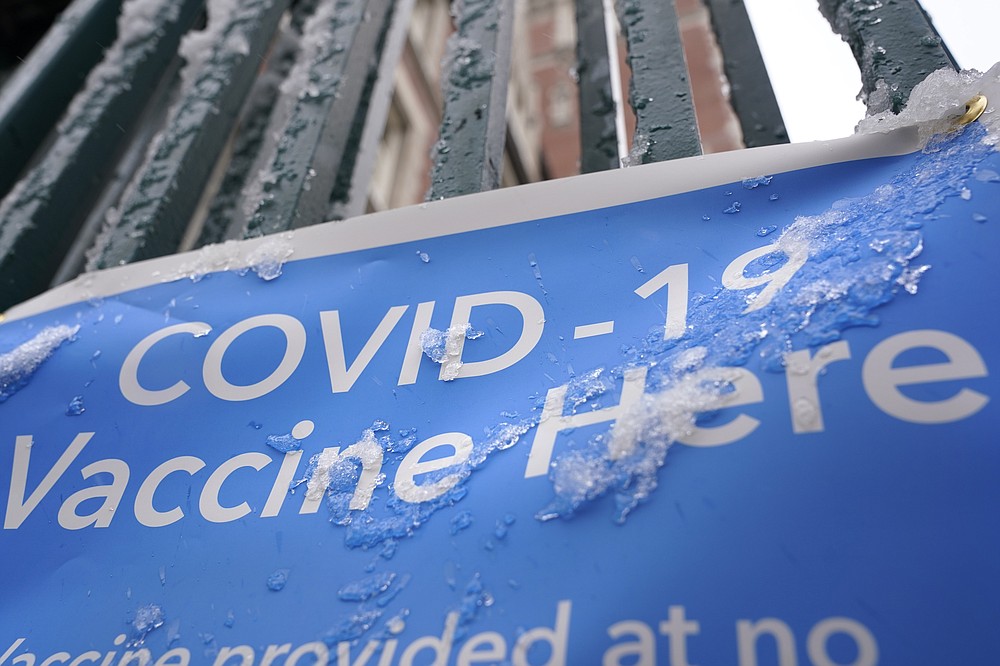 A sign covered with ice advertises a COVID-19 vaccination site in New York, Tuesday, Feb. 2, 2021. The site was closed today due to the inclement weather. Coronavirus vaccination sites across the Northeastern U.S. are getting back up and running after a two-day snowstorm that also shut down public transport, closed schools and canceled flights. Some vaccination sites in New York City remained closed, but others, including those run by the public hospital system, were open Tuesday. (AP Photo/Seth Wenig)
ADVERTISEMENT