I-430 stretch to close over holiday weekend, state says 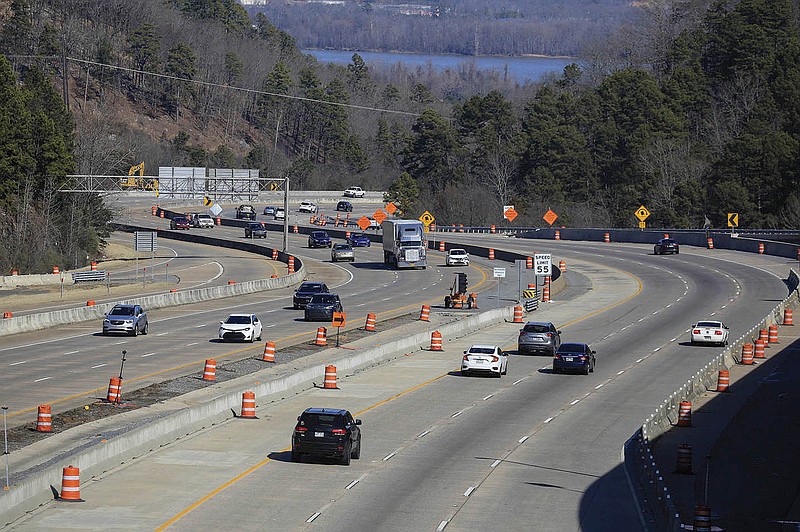 LITTLE ROCK -- Little Rock and North Little Rock motorists should start preparing now for traffic delays and detours through residential areas when the Arkansas Department of Transportation closes all lanes of Interstate 430 around the Cantrell Road construction project over the Washington's Birthday weekend.

The Highway Department has scheduled the shutdown to make improvements to the Cantrell Road interchange. The overall project, which has a price tag of at least $81 million, involves widening Cantrell Road, also called Arkansas 10, between Pleasant Valley Drive and Pleasant Ridge Road on the city's northwest side. The section, which crosses I-430, carries up to 54,000 vehicles daily, making it the busiest non-interstate road in Arkansas. The project is estimated to be completed in mid-2023.

"There will be backups," Dave Parker, Transportation Department public information officer, said Wednesday of the scheduled highway closures. He suggested that motorists stay away from the area and find alternative routes around that stretch of interstate which, according to the department's 2019 traffic counts, typically carries from 84,000 to 87,000 vehicles per day.

Northbound I-430 traffic will be redirected through city streets, including residential and small-business-lined roads. The detour route will be North Rodney Parham to Pleasant Valley Drive and then to Cantrell Road just east of the interstate.

According to the Highway Department, truck traffic will not be permitted on the detour route and will be redirected to Interstate 30 and Interstate 440.

Diane Enderline Eberle, community manager for the Pleasant Valley Property Owners Association, said the neighborhood, with 994 homes, is one of many that sits along the route.

The two-lane road with a center medium has three churches and one school, with a speed limit of 35 mph, Enderline Eberle said.

She said emails informing residents about the detour will be going out today. She also planned to post the news on several social media groups.

Little Rock police spokesman Mark Edwards said police are aware of the interstate closure but have yet to plan additional patrols or any assistance in the area.

"We're going to put some contingency plans in place," Edwards said. "We got to finalize when and where they're shutting it down at."

Parker said the department decided to close all of the southbound lanes because of difficulty reaching eastbound access to Cantrell Road. He said this could have caused even greater congestion in the area.

"You would have to get off heading west and then figure out a way to get back on Rodney Parham and loop back around," Parker said.

It is the first time the department has completely closed a section of interstate for interchange work for a whole weekend, Parker said. He said it will allow the work to be completed quicker.

"This work has usually been done during off-peak hours, usually overnight," Parker said. He said the work would often last over numerous closings.

Information for this article was contributed by William Sanders of the Arkansas Democrat-Gazette.