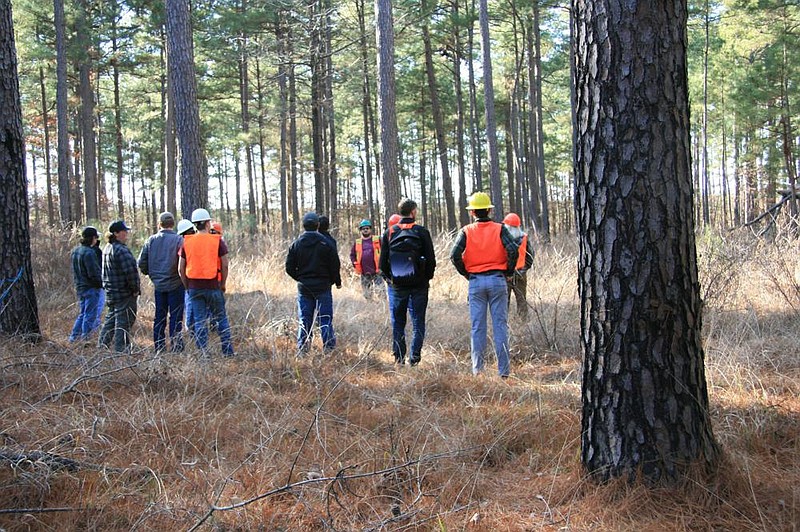 Forestry jobs in Arkansas pay a 134% higher salary than the statewide average, according to research from the Arkansas Forest Resources Center. (Special to The Commercial)

The compensation for a forestry job is 200% or more higher than the county average in six counties including Jefferson, Ashley and Desha in Southeast Arkansas, and 150% or more higher in 14 counties, including Drew, Cleveland and Bradley.

The average employee in the state makes about $42,264 annually, but in the forestry field -- counting wages and benefits -- the average salary in the state is $56,526. Those numbers are attributed to information from the Arkansas Department of Commerce, which was processed by the Implan Corp. for economic analysis, according to a news release from the forest resources center.

In total, 51 of the 75 counties in the state pay higher than the average for a county employee, according to the research.

"We're just trying to let people be aware that ... to be quite honest, a lot of people think forestry -- they're thinking about guys in plaid shirts walking around in the woods, and there is some of that. But they don't realize there are very high-paying jobs that are very technical-oriented," said Matthew Pelkki, chairman of the College of Forestry, Agriculture & Natural Resources at the University of Arkansas at Monticello and associate director of the Arkansas Forest Resources Center.

"Even in the logging industry, logging operators are working on machines that cost three-quarters of a million dollars and are computer-controlled and air-conditioned in a lot of cases. In a paper mill, the average wages for a paper mill job across the state are a little bit north of $80,000 per year. Even in a sawmill, they start in the low 50s," he said.

Jefferson County totals more than $1.471 billion in compensation across 33,915 jobs (not counting forestry) for an average salary of $43,395. The compensation percentage for a forestry job is 201% higher than that in the county, and Jefferson County boasts 1,378 positions in forestry, the most in Southeast Arkansas.

"The paper mill in Pine Bluff provides very excellent wages, and wherever there are paper mills, like in Morrilton, which has Green Bay Packaging, and Arkansas City for Clearwater [Paper Corp.]," Pelkki said. Evergreen Corp. and Twin Rivers Paper Co. are the two active paper mills in Pine Bluff.

Sebastian County, which includes Fort Smith, has the most forestry jobs with 2,305, paying 132% higher than the average county job. There are Forestry jobs aplenty in Central Arkansas as well, with 2,274 in Faulkner County and 1,229 in Pulaski County.

Competition is cited as the reason for the growing wages. Some employers who hire in the forestry industry give former prisoners a second chance, where much of the labor pool in rural America, Pelkki says, has a hard time passing drug tests, background checks or showing up for work on time and working 40 hours per week. Those who secure the forestry jobs feel a sense a long-term loyalty, he explained.

A typical logging, lumber or furniture job pays about $15 to $20 per hour, whereas in the pulp and paper sector, the wage rises to between $30 and $40 per hour.

The research offers a different perception of the forestry industry, Pelkki said.

"It's not a 19th century industry," he said. "It's really a 21st century industry that's taking a renewable resource, and we've got more trees than we know what to do with in the state. Every year, we're growing 20 million more tons of trees than we're harvesting, so we could practically double what we're harvesting and still be sustainable and not see a decrease in forest area or volume."

Behind Jefferson and Ashley counties, Bradley County has the third-highest forestry employment in Southeast Arkansas with 1,218 jobs, and Drew County has the fourth-highest with 764.

Forestry offers the kinds of jobs south Arkansans would like to have, Pelkki added.

"When you've got these mills and you've got good salaries and benefits that are keeping these doctors and dentists employed, people have health care coverage, they're kind of foundational pieces for economic development in the South," Pelkki said. "There's tax revenue for the counties and local governments that come off of those facilities.

"It's just a way to change that perception of south Arkansas that you can stay in south Arkansas and have a good standard of living, and it's a sustainable industry. It's something we do so well in Arkansas. We grow trees. We grow crops. Agriculture is so huge in this state, and those are things I think oftentimes we don't see as industries of the future." 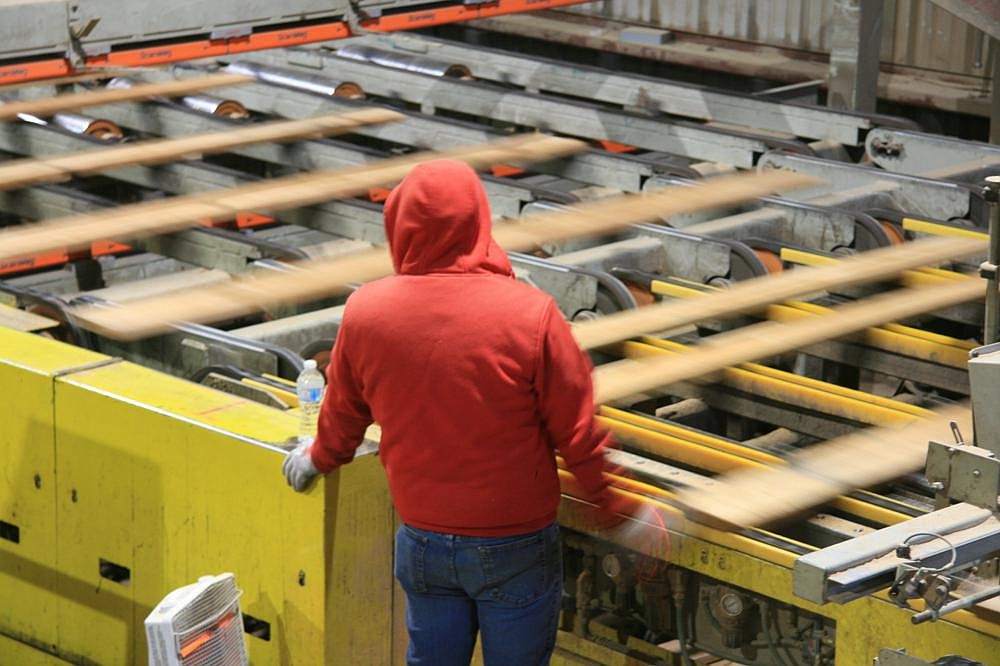 A typical logging, lumber or furniture job pays about $15 to $20 per hour, but that wage can range between $30 and $40 per hour in the pulp and paper sector, according to research from the Arkansas Forest Resources Center. (Special to The Commercial)
ADVERTISEMENT