NWACC president to retire in ’22 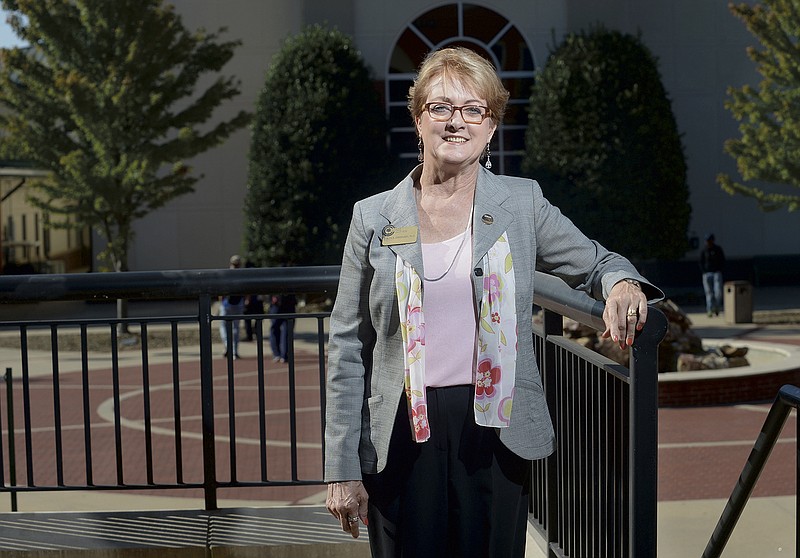 Jorgenson, 68, began as the college’s third president in 2013 and has worked in education for 48 years. She will retire when her contract ends June 30, 2022.

“Although I continue to have great passion and energy for the students of Northwest Arkansas Community College and the enormously faithful and talented faculty and staff, including cabinet members, I’ve decided that it is time for me to recognize that life is short and it is time for others to carry the mission of the college forward,” she said.

Among her biggest accomplishments was opening the Washington County Center early last year in Springdale, a project college officials had discussed for years before Jorgenson arrived.

Jorgenson also oversaw creation of the college’s culinary school, Brightwater: A Center for the Study of Food; and the Integrated Design Lab, which combines design, art and construction, among other projects.

The college’s Board of Trustees began discussing a succession plan for her position Friday during its annual board retreat.

The board hasn’t made any final decisions about how it will go about finding a replacement but discussed possibly hiring a firm to help with the search. Board members also discussed the need to nail down specifically what they are seeking in a new president in terms of characteristics and experience before formally beginning the search.

Jorgenson pointed out the board will have to make many decisions throughout the process, including whether it will conduct interviews in person, schedule campus tours and how many finalists it will consider.

Jorgenson, in her eighth year as president, earns a salary of $205,000 a year and benefits. The Missouri native came to Arkansas from Moberly Area Community College in Moberly, Mo., where she was president for 16 years.

Jorgenson oversaw millions of dollars in cost savings by making changes to the college’s health insurance plans, eliminating the provost position and moving the adult education programs to the main campus instead of paying to lease space, according to the news release.

“We are going to have a heck of a program coming to Northwest Arkansas,” Kitchen said.

The National Junior College Athletic Association last year approved the college’s application to join the association’s Division II and compete in Region 2, which covers Arkansas and Oklahoma. Plans for the program were put on the back burner in light of the covid-19 pandemic.

The goal is to launch men’s and women’s cross country programs by this fall, according to Grant Hodges, spokesman for the college. Boit’s tentative start date is March 16. He will be paid a salary of $5,400 for the part-time position, according to Hodges.

Northwest Arkansas Community College had 6,784 students enrolled in degree programs as of Jan. 26, the spring semester’s 11th day of classes, according to unofficial preliminary numbers.