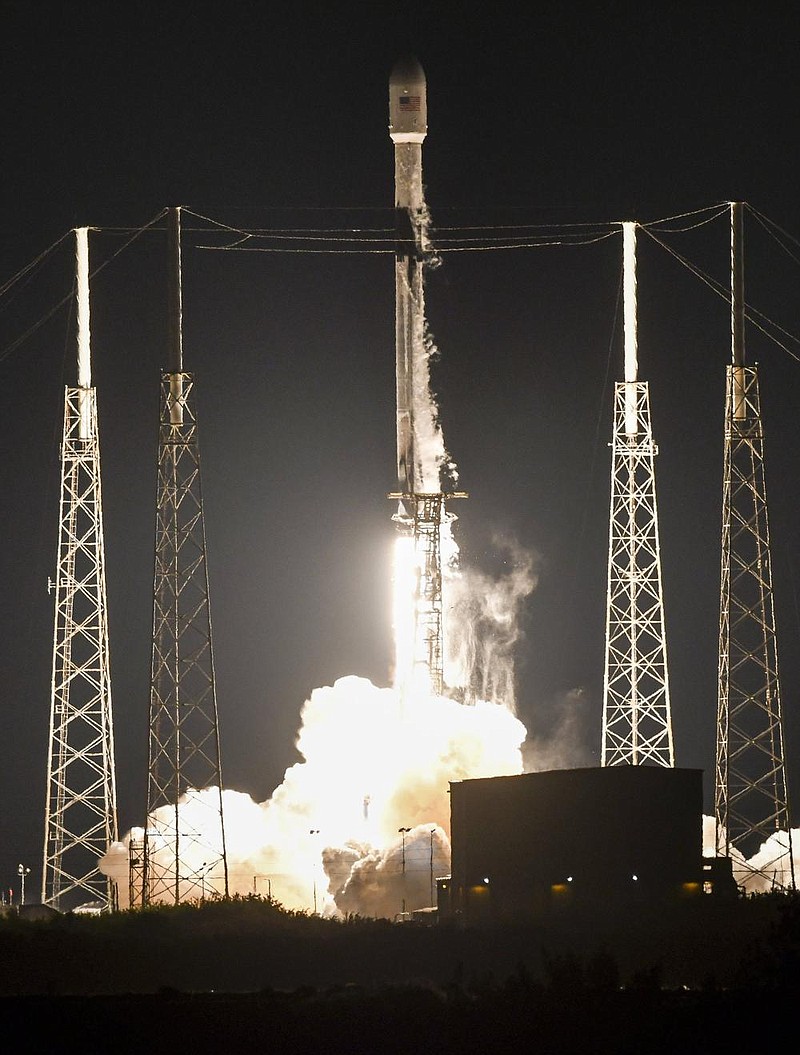 Even before winning a competition for the funds, SpaceX had set up its service and begun launching satellites. More than 1,000 of the Starlink craft are now aloft, providing service to test subscribers. The company says its system "is uniquely positioned to deliver high-quality broadband service to the hardest-to-reach rural Americans."

But that hasn't stopped complaints about it winning a competition for subsidies from the FCC's Rural Digital Opportunity Fund, in part because the service was being built without the aid and isn't limited to rural areas. The planned awards to Space Exploration Technologies Corp., as it's formally known, and to other companies have lawmakers raising questions about the entire $9.2 billion program.

SpaceX's broadband-from-orbit "is a completely unproven technology," said Jim Matheson, chief executive officer of the National Rural Electric Cooperative Association, which has members that vied for the funding. "Why use that money for a science experiment?"

The Rural Digital Opportunity Fund is a centerpiece of federal efforts to connect millions of people without home broadband, many of them in thinly populated areas that are costly to serve -- a need underscored by the covid-19 pandemic. The fund is poised to distribute public money to extend broadband in 49 states over 10 years.

In December, it announced winning bids at auction for 180 companies and bidding groups, most of which provide broadband over more established technologies, such as cable or wireless service.

SpaceX was approved for its plan to provide service to 642,925 locations in 35 states. But consumer advocates say those locations include parts of New York City and airports in Newark, N.J., and Miami -- places that don't fit the program's goal of bringing service to rural people beyond the reach of broadband networks.

The decisions were made when Trump administration appointees still controlled the FCC and now the agency is led by Biden appointees who could cut off applicants it considers dubious. Last month, 160 House and Senate members urged the FCC to scrutinize recipients, in part because network construction takes time. "We fear that we will not know whether funds were improperly spent for years to come," said the lawmakers.

There is a "a need for proper upfront assessment," South Carolina Rep. James Clyburn, the No. 3 House Democrat, said in an email. He said many applicants claim to be able to deliver faster service to new customers than they are delivering to current subscribers.

Some of the bidders have promised ultra-fast gigabit speeds they haven't offered before. Others missed earlier deadlines to build subsidized networks, or promised cut-rate network construction.

The review falls to FCC Acting Chairwoman Jessica Rosenworcel, who last year said the program was being pushed ahead too fast in a case of "rush-it-out-the-door electioneering" by the Republican chairman, Ajit Pai.

Pai defended the timeline, saying while he was chairman that unserved Americans "cannot afford to wait" for service.

Beginning in October, the FCC ran an auction to determine how to split the pot of rural money, which is funded by fees on consumer telephone bills. The agency designated discrete areas without service, and invited bids. The companies that offered to build broadband for the lowest price emerged as winners of subsidies.

Winners announced in December included three promised more than $1 billion in subsidies: cable provider Charter Communications Inc., the Rural Electric Cooperative Consortium made up of 95 co-ops, and a company called LTD Broadband that was the top subsidy winner, claiming $1.3 billion for service in 15 states.

Charter on Monday said it would use its $1.2 billion subsidy in a $5 billion project to deliver fast internet service to more than 1 million unserved homes and businesses across 24 states.

LTD Broadband, which was founded in 2011, offers broadband distributed wirelessly from 2,100 tower sites in Iowa, Minnesota, Nebraska and South Dakota, according to its website. It said it will fulfill its obligations with fiber connections, which generally offer quicker speeds than wireless.

"We have seen a lot of naysaying from competitors," Corey Hauer, president of LTD Broadband, said in an email. "We take our obligation very seriously and will not disappoint the rural residents that have been waiting for broadband service."

"The FCC never should have allowed SpaceX to participate," S. Derek Turner, research director for Free Press, said in an interview. "They will serve those customers who request service with or without the FCC subsidy."