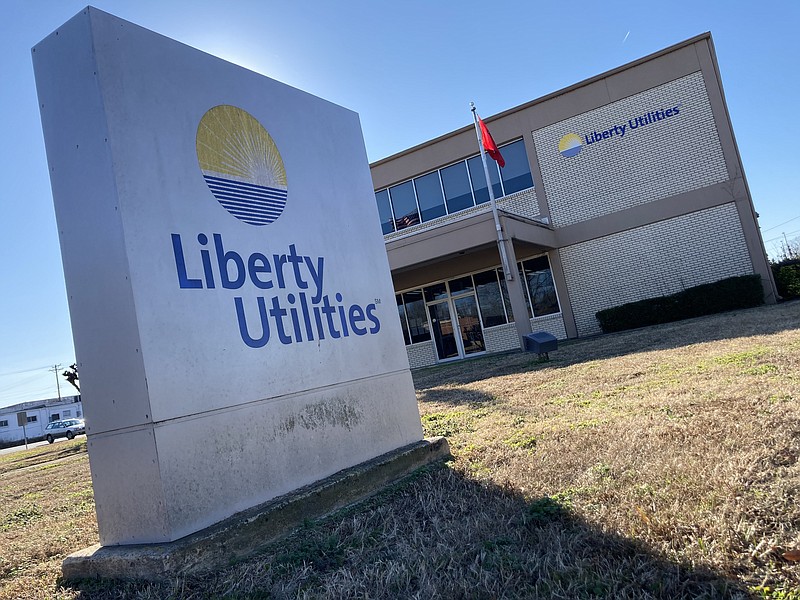 Pine Bluff Wastewater Utility officials believe that approximately $188,000 is owed to the city by Liberty Utilities after hiring a private investigative firm to look into a drastic revenue decline in 2019 compared with previous months and year.

Liberty Utilities has been operating in Pine Bluff as a water-service provider under the oversight of the Arkansas Public Service Commission, and at one time was operating in neighboring White Hall as an unregulated water and wastewater service provider until Attorney General Leslie Rutledge asked the commission in 2019 to review the actions of Liberty Utilities and the systems it operates in Jefferson County.

Ken Johnson, general manager of the Pine Bluff system, said he started having concerns about the city when he noted a decrease in monthly revenue.

"We made a call and we were told one thing, then it started to occur for subsequent months and that is when I got concerned about it because we were given different explanations to what was occurring," said Johnson.

Explanations regarding the drop in revenue included a decrease in the rates or collection efforts, meter changes and rereads, and even dead meters. Johnson said in comparison to what should have been coming in and what Liberty was actually collecting for didn't make sense.

"We pay them each month some $7,500 to collect for us. We pay them a fee to bill and collect," he said. "The amount of shortfall that existed in the revenue that we were accustomed to receiving each month -- that is what aroused my attention."

And that is when Johnson hired a private firm in Dallas to perform a forensic accounting of Liberty's billing and collection services for the city.

On Jan. 30, 2020, BKD was asked to perform an independent investigation into the payments received by the city's wastewater utility from January 2018 through January 2020.

After obtaining monthly customer-level billing and collection activities for that time period, the accounting firm found decreases in billings. According to the summary report, about $188,000 in total billing anomalies was found to be unaccounted for, according to Johnson.

"They told us about the dead meter issues but this amount is still lingering out there pending based upon 2019 and from the wastewater perspective we expect to be compensated for those charges," said Johnson. "We should be paid based upon our rates what's due to us."

A more in-depth analysis was performed in October and November by the firm that specifically looked at months for which customer meters did not report consumption.

The analysis focused on customers in 2019 who had nonzero reads in 2018 and compared the 2019 zero-read bill to the 2018 nonzero average.

According to the report, those meters were likely broken but were not identified and fixed in a timely manner resulting in some $167,000 in lost revenue.

"Some customers were not billed that should have been billed," said Johnson, who added that the customer may possibly have to pay monies owed unless Liberty Utilities covers those amounts. "The customer, based on what Liberty is telling us, they would have to be billed for that service that was provided that they did not collect on."

Based on the analysis of the data provided as well as intensive interviews with the city utility and Liberty Utilities, the accounting firm said it believes Liberty has overseen a number of errors in billing, meter reading and collections -- the largest issue being the utility's lack of attention to meters not reporting consumption.

"That's their system, that's their infrastructure, they maintain it just like we maintain our pump stations and other collection structures," said Johnson. "Whatever equipment they use, it is their responsibility to maintain it properly and to make sure it is giving the correct reading for all customers."

"Liberty continues to work in lock step with Pine Bluff Wastewater Utilities to resolve this matter. Liberty is currently conducting an in-depth analysis to identify, substantiate, and calculate the charges in question and to determine the appropriate collection activities that need to take place. Once this analysis is completed, Liberty will communicate to those impacted and work with them to resolve the uncharged services they received. We appreciate the collaboration with PBWU as we work to conclude this matter."

Johnson said his office has had several meetings with Liberty representatives. He also states billing thus far has been correct.

"Things are going fine now and we are receiving what appears to be what we should have received all along," said Johnson. "That started occurring once we hired a professional consultant to look at the books."

Last month the commission voted to draft a formal agreement with Liberty Utilities and timelines related to the collections of the estimated revenue indicated by the BKD report.

The agreement will list the terms, conditions and stipulations of the payment owed to the Pine Bluff utility.

According to Johnson, Liberty requested a two-month extension to give the company time to calculate the exact amount owed.

Johnson said he has worked with other collection agencies and has never before had these types of issues.

He also said he has concerns about the sewer revenue expected from at least one other large user, but until it calls for action, his focus will be on making sure Liberty Utilities pays its contractual obligation to the city.

"My responsibility as a manager is to make sure that that is collected," he said. "Hopefully we can work this out in the most expeditious manner."