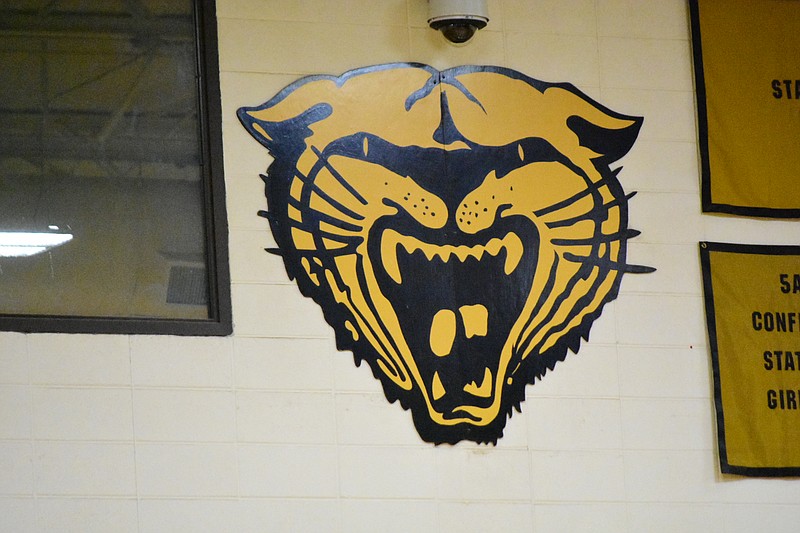 The Watson Chapel mascot is shown in this file photo.

Patiently waiting amid more adversity, Watson Chapel got its chance to extend the boys basketball season in the District 4A-8 tournament and made the most of it.

The Wildcats turned around a 15-7 deficit and marched to an 81-54 win over Star City on Monday to earn an automatic berth in next week’s 4A South Region tournament at Star City. It was the first game in 10 days for the third-seed Wildcats (10-7) due to last week’s snowstorm, but they’ve had to wait between games a lot longer during a season of obstacles.

An 18-day wait from mid-January into February due to covid-19 protocol and last week’s layoff did little to sidetrack Watson Chapel, which has now won eight in a row.

“We started slow,” Wildcats Coach Marcus Adams said after Monday’s win. “We were down 15-7. Guys were getting legs back because we wanted to do something different than the last time. We tried to approach different schemes and stay out of foul trouble.”

Watson Chapel held off Star City 75-68 on the road Feb. 9, but Star City went into the District 4A-8 tournament as the sixth seed and beat seventh-seed Warren on Feb. 13 to earn the trip to Pine Bluff.

“We give Star City credit,” Adams said. “They did a good job of passing the ball and moving with purpose. We did a better job rebounding and defending. It actually got us a chance to where we can do some things with our offense.”

The Wildcats have earned three more games with the win, starting with a trip to second-seed Monticello for today’s district semifinal. Tipoff is scheduled for 5:30 p.m.

Monticello won at Watson Chapel 53-45 on Dec. 29. The rematch scheduled for Jan. 26 was canceled as Chapel was just recovering from covid-19 issues.

That happened in the middle of a three-game losing streak for the Wildcats, who last lost Jan. 5 at No. 1-ranked Magnolia. Adams, whose Wildcats can match the win totals of the past two seasons combined with a win tonight, are a much different team toward the end of February, he believes.

“These kids have grown so much over the course of the weeks, buying into the process, getting extra time in the gym, holding each other accountable and holding themselves accountable,” Adams said. “These guys want a chance to win a district championship and then play for a regional and a state championship.”

The Watson Chapel girls team already earned a 4A South Region tournament berth with a No. 2 seed in the District 4A-8 tournament, so Coach Leslie Henderson had the Lady Wildcats focus on themselves when they resumed practice.

“We did not discuss Crossett Sunday and Monday for practice at all,” Henderson said of Watson Chapel’s next opponent, which routed Warren 63-30 on Monday. “We added a few things, went through conditioning, and the girls came back better than I even imagined. We’ve had a couple of pretty good practices.”

Henderson successfully pushed for the reinstatement of the district tournament after the Arkansas Activities Association announced late last week it would move the region and state tournaments back one week due to the weather event. The Wildcats would have been in the 4A South Region even if districts could not be completed, but they’re now assured of at least three more games this season — today’s game, either the championship or third-place game Friday and the 4A South Region first round next week.

Crossett and Watson Chapel have traded victories this season, and Henderson says she feels “OK” about Round 3 with the third-seed Lady Eagles.

“My biggest concern is that it’s been 13 days since the last game [we played],” Henderson said.

The Wildcats have relied on a balanced scoring attach this season. DeKeira Kentle (9 points per game) and Abriunna Dendy (8 ppg) are presently the team’s leading scorers.

“We don’t have that one person to stop,” Henderson said. “Our leading scorer changes from game-to-game. That’s really nice to have.”

Zebras heading back to Sheridan

After the 5A-South Conference scrapped its tournament for boys, the remaining games before last week’s snowstorm were rescheduled.

Due to ongoing water pressure issues, Pine Bluff (12-3, 11-0 in 5A-South) is moving its home game scheduled for today to Sheridan. Tipoff is scheduled for 6 p.m.

Pine Bluff beat Sheridan 62-29 at Yellowjacket Arena on Jan. 23 in its first game after a 36-day layoff due to covid-19 issue.

In girls hoops, Pine Bluff will visit Lake Hamilton and White Hall will meet host Sheridan in the first round of the 5A-South Conference tournament, with both games tipping off at 6 p.m. Thursday. The conference administrators approved the tournament after the girls teams could not complete their round-robin schedules.