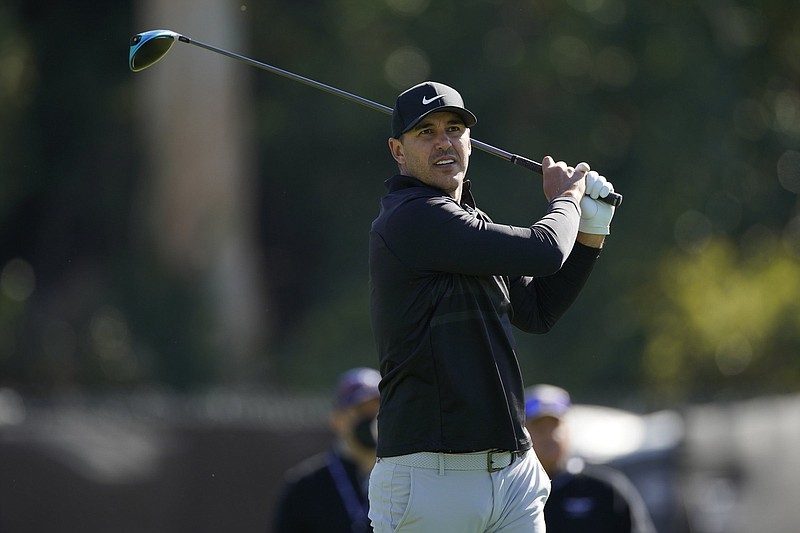 Brooks Koepka tees off on the second hole during the third round of the Genesis Invitational golf tournament at Riviera Country Club, Saturday, Feb. 20, 2021, in the Pacific Palisades area of Los Angeles. (AP Photo/Ryan Kang)

Brooks Koepka hit one of his worst tee shots of the day that barely cleared the water on the 15th hole. That turned out to be the start of three consecutive birdies that led to a 6-under 66 and a one-shot lead Friday in the Workday Championship in Bradenton, Fla. Koepka hit a chip 9-iron to 6 feet for birdie on No. 15, nearly holed his wedge on the next hole and then birdied the par-5 17th with a splendid bunker shot across the ridges and down the slope to tap-in range. He closed with a bogey by avoiding a deceptive pin near the water on the closing hole at The Concession. Koepka, who finished at 11-under 133, had a one-shot lead over Cameron Smith, Billy Horschel and PGA champion Collin Morikawa, who made up ground with six birdies over his last 10 holes.

Weir out front in Tucson

Phil Mickelson made a birdie after hitting out of the mud on the par-5 15th hole during a 3-under 70 at the Cologuard Classic on Friday, putting him in contention for a third consecutive victory to open his PGA Tour Champions career. Mickelson was four shots behind Mike Weir, who had a bogey-free 66 in windy conditions at Tucson National. Scott Verplank holed out from a greenside bunker for birdie on the par-4 ninth to close out a 67. Mickelson is bidding to become the first player to win his first three starts on a PGA Tour-sanctioned tour. Lefty had a relatively stress-free front nine, shooting 3 under on one of the courses where he became the last amateur to win on the PGA Tour 30 years earlier. Ken Duke (Arkadelphia, Henderson State) sits five shots off the pace after a 2-under 71. Glen Day (Little Rock) is at 1-over 74. John Daly (Dardanelle, Arkansas Razorbacks) finished with a 4-over 77.

Annika Sorenstam made three birdies after making the turn Friday at Lake Nona and posted a 1-under 71 in the Gainbridge LPGA. She still made the cut on the number. She still was 12 shots out of the lead as Lydia Ko posted a 3-under 69 and took a one-shot lead over Nelly Korda (68). Ryan O'Toole had her second consecutive 68 and was another shot behind. Sorenstam, making a one-time appearance because the LPGA Tour is at her home course, finally got some putts to drop and ran off three birdies on her second nine. She finished 36 holes at 2-over 146 and was right on the cut line. Stacy Lewis (Razorbacks) is tied for eighth place at 5-under, five shots off the lead. Three other former Razorbacks -- Gaby Lopez (147), Alana Uriell (152) and Maria Fassi (153) -- missed the cut.

Brandon Wu birdied the final two holes for a 5-under 67 and the second-round lead Friday in the PGA Tour's Puerto Rico Open. Wu played the back nine in 4 under at windy Grand Reserve. He birdied the par-4 12th, par-5 15th, par-4 17th and par-5 18th to reach 11-under 133. The 24-year-old former Stanford player got into the field through the Korn Ferry Tour points list. He won the Korn Ferry Tour Championship in August, and tied for 14th last week in Florida in the first Korn Ferry event since early October. Greg Chalmers was a stroke back after a 68. The 47-year-old Australian also birdied his final two holes, the par-3 eighth and par-4 ninth. He had a hole-in-one on No. 8 in the opening round. David Lingmerth (Arkansas Razorbacks) is tied for 15th after two rounds. He is at 6-under 138. Sebastian Cappelen (Razorbacks) shot back-to-back 73s and missed the cut.

Durant out until after break

Kevin Durant will be out through the All-Star break because of a hamstring injury, sidelining the Brooklyn Nets star from a game for which he was chosen to serve as a captain. Indiana's Domantas Sabonis was chosen by NBA Commissioner Adam Silver to replace Durant, with Boston's Jayson Tatum elevated to the pool of starters for the March 7 game in Atlanta. The Nets said Friday that after a routine follow-up MRI on Durant's left hamstring, it was determined that he needed additional recovery time. That ends the first half of his impressive return from surgery to repair a ruptured Achilles tendon. He is averaging 29 points and 7.3 rebounds. But he has been limited to only 19 games and missed nine of the last 10, first because of health and safety protocol reasons and then the hamstring.

The Toronto Raptors were without six members of their coaching staff, including Head Coach Nick Nurse, and starting forward Pascal Siakam for Friday night's game against Houston in accordance with the NBA's health and safety protocols regarding the coronavirus. Assistant coach Sergio Scariolo was promoted to coach the team's game in Tampa, Fla., against the Rockets. The Raptors said Nurse and the remainder of his staff will continue to work remotely. Scariolo had been away from the Raptors while coaching Spain in FIBA's EuroBasket 2022 qualifiers and just cleared quarantine Friday. The Raptors were considering other options if he was not cleared to coach in time, including bringing their G League staff from that league's bubble season, currently going on in Lake Buena Vista, Fla. -- about an hour from Tampa. The Raptors lost an assistant coach last weekend when Chris Finch was hired as Minnesota's head coach.

Former Atlanta Dream guard Renee Montgomery made history on Friday as part of a three-member investor group that was approved to purchase the team. The ownership change follows pressure on former Sen. Kelly Loeffler, a Republican who angered WNBA players with her opposition to the league's racial justice initiatives, to sell her share of the Dream. Real estate investor Larry Gottesdiener was approved as majority owner of the team. The investor group also includes Montgomery and Suzanne Abair, president of Northland Investment Corp. in Massachusetts, the firm Gottesdiener founded. Montgomery becomes the first former player to become both an owner and executive of a WNBA franchise. She said she would play an active role with Abair in the leadership of the team.

The Houston Texans released center Nick Martin and running back Duke Johnson. Martin spent his entire career with the Texans after being drafted in the second round in 2016. He missed his rookie season after suffering an ankle injury that required surgery before starting 14 games in 2017. He started every game in each of the past three seasons. Johnson has been with the Texans for the past two years and ran for 235 yards with a touchdown last season. He spent his first four NFL seasons with the Cleveland Browns after he was drafted in the third round in 2015.

Top-seeded Roberto Bautista Agut was clinical in beating sixth-seeded Frenchman Ugo Humbert 6-3, 6-3 to reach the Open Sud de France semifinals in Montpellier, France, on Friday. Bautista Agut won 88% of the first-serve points and was ruthless on Humbert's serve, converting all four break points. He served out the match and on his first match point. The Spaniard, who is chasing a 10th career title and first since winning Doha in 2019, meets unheralded Peter Gojowczyk for a place in Sunday's final. The German qualifier eased into the last four by beating Austrian Dennis Novak 6-4, 6-1. Second-seeded David Goffin of Belgium converted three of his break points in beating seventh-seeded Lorenzo Sonego of Italy 6-4, 6-4. 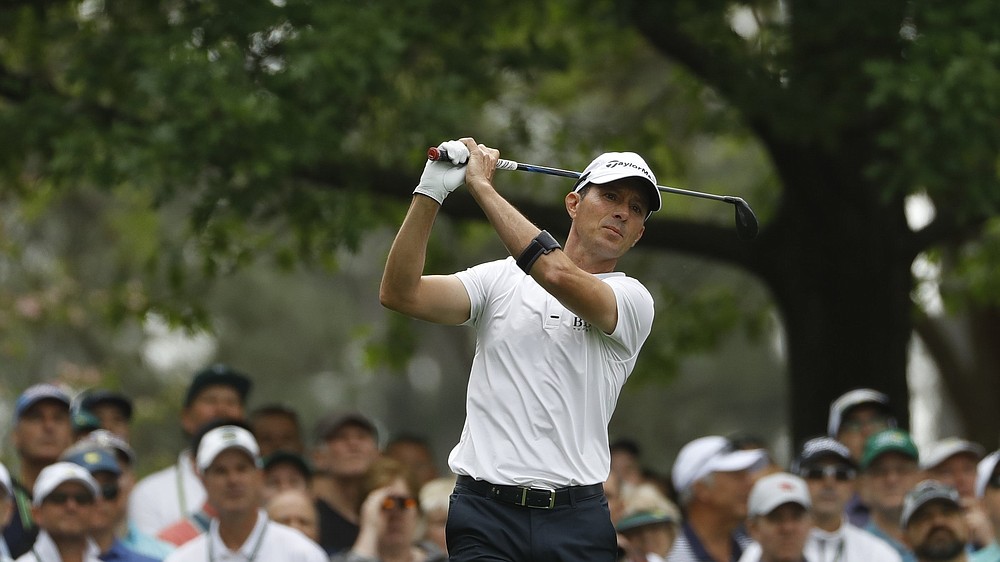 Mike Weir, of Canada, hits on the fourth hole during the first round for the Masters golf tournament Thursday, April 11, 2019, in Augusta, Ga. (AP Photo/Matt Slocum) 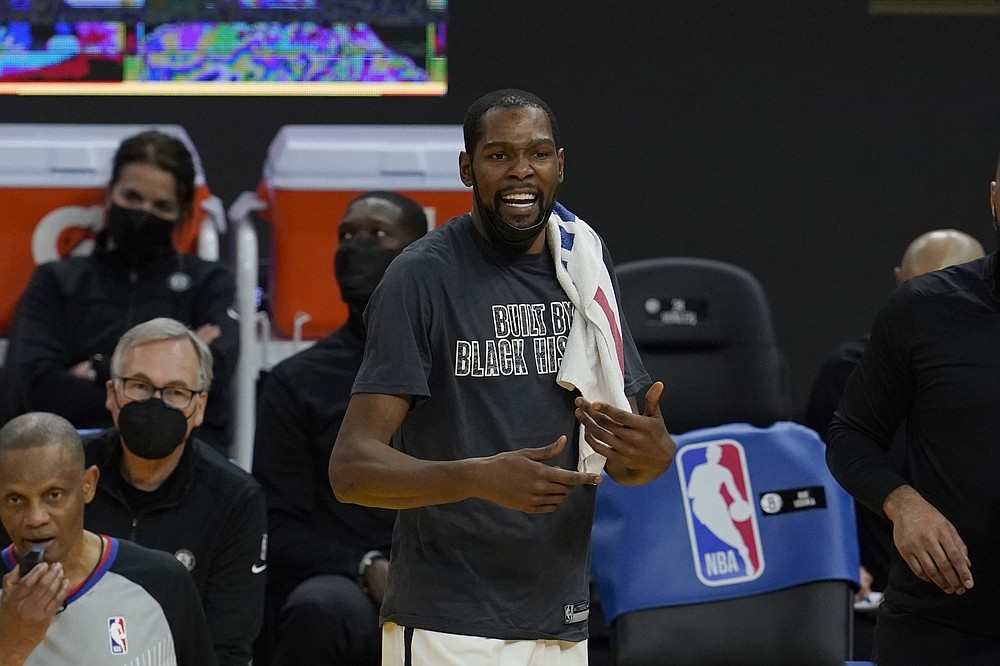 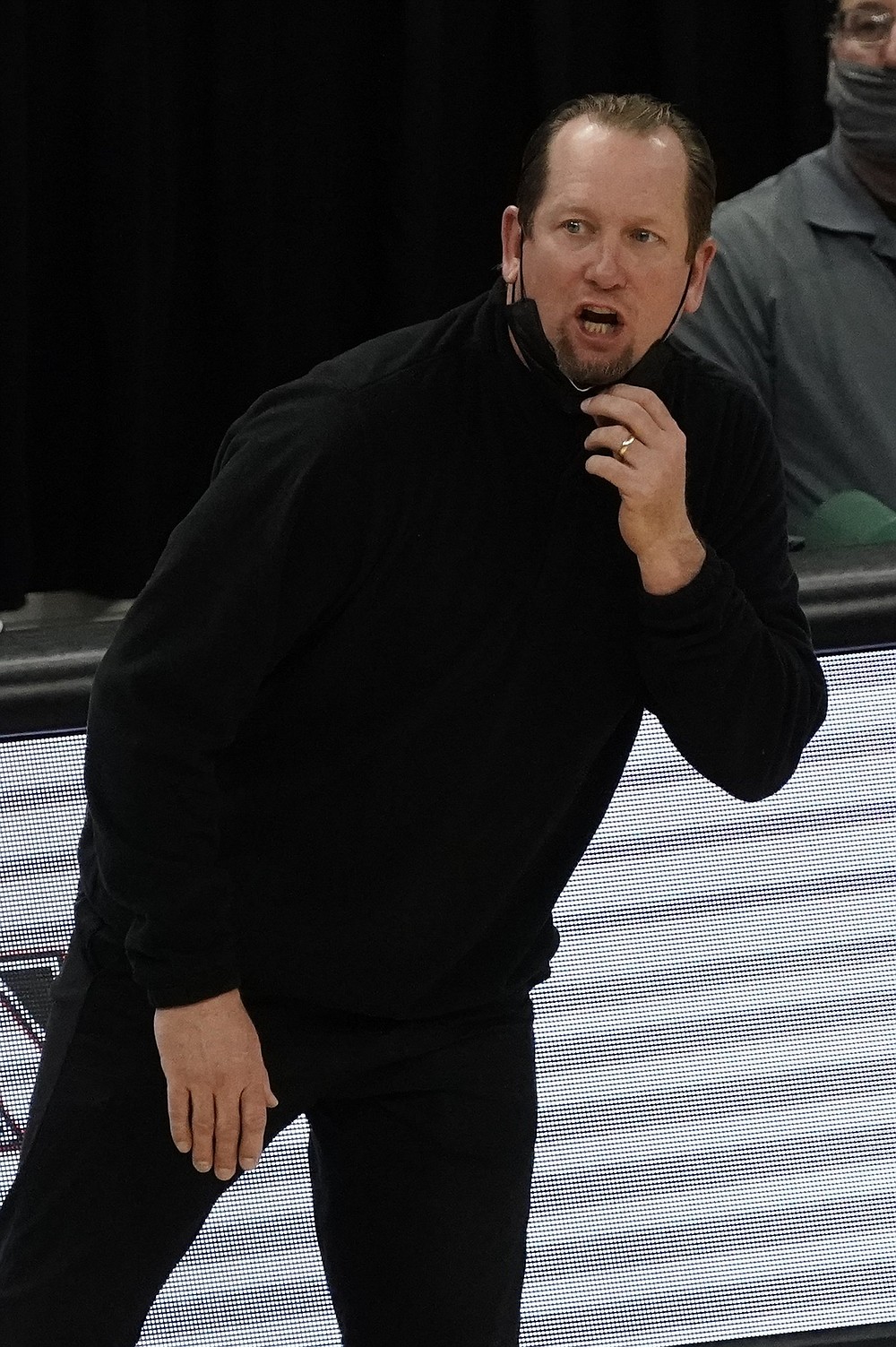