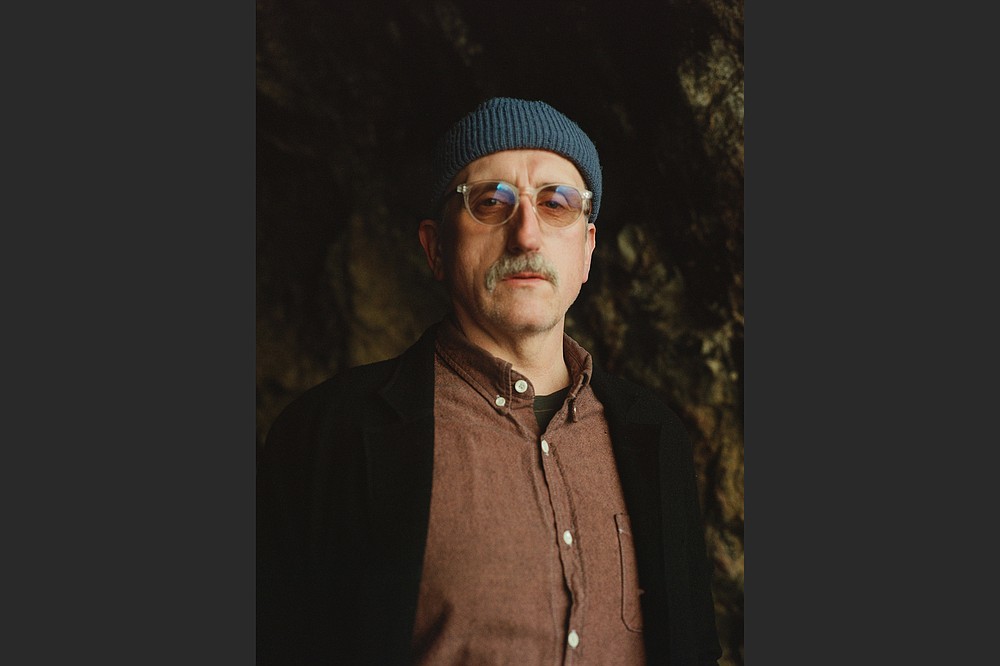 Composer Chuck Johnson says the California place he found in November 2018 was perfect, but he had to give it up because the nearby forests were so susceptible to California’s wildfires. That bittersweet sense of knowing paradise only long enough to lose it permeates “The Cinder Grove,” Johnson’s second album for pedal steel guitar, released in early February. (The New York Times/Aubrey Trinnaman)

Guitarist Chuck Johnson had already tucked himself into bed at a German hostel when his partner, multi-instrumentalist Marielle Jakobsons, called from California with news that could not wait until he returned from his tour: She had finally found their rural wonderland.

Jakobsons and Johnson had daydreamed for years of moving to the woods with fellow Bay Area artists to start a modern commune — a sunny spot for gardening, an inviting studio for recording, a little grove for performing. “The quintessential California dream,” Jakobsons said recently by phone, laughing.

The place they found in November 2018 was perfect: a hundred miles north of Oakland, Calif., across San Francisco Bay, with a picturesque A-frame and an avocado-colored cottage. But before they could close, they discovered a daunting contingency: The nearby forests were so susceptible to California’s metastasizing wildfires, they couldn’t insure the property. In 2020, just a year after they let the dream go, fire nearly jumped the property line.

“It’s still hard to process how much was lost this last fire season, but it gave us clarity that we’re not willing to risk everything,” Johnson said from the small east Oakland house Jakobsons bought in 2012. “We were so close to making this huge life change. That’s a loss we grieved.”

That bittersweet sense of knowing paradise only long enough to lose it permeates “The Cinder Grove,” Johnson’s second album for pedal steel guitar, released Feb. 5. Its five absorbing pieces not only contemplate the spate of intensifying natural disasters, but also the rising costs the musicians say are pushing their peers out of Oakland. A eulogy for landscapes that are still being razed, “The Cinder Grove” and its luxuriant tones hold fast to hope for what comes next.

“In spite of the destruction, we all know these areas are resilient. Something will grow back there, even if it’s not what was there before,” Johnson said haltingly, as if tiptoeing the divide between sounding naive and nihilistic. “Look at all the chaparral on California’s coast — it’s all about surviving that kind of fire cycle.”

Johnson often employs such California imagery, extolling the state’s bucolic rivers or the mysterious Mojave Desert. Several tracks on “The Cinder Grove,” like “The Laurel” and “Serotiny,” employ botanical metaphors familiar to a budding naturalist. But he was actually a late arrival to the state, heading west when he was 39 to attend the heralded electronic music program at Mills College.

For two decades, he had been an imaginative mainstay of North Carolina’s rich indie rock ecosystem. In the ’90s, he made agitated instrumental rock with his band, Spatula, in a moment when it was hardly fashionable. He later pivoted from brittle acoustic abstraction and warped folk exotica to modular synthesizer exploration. Johnson was a restless music lifer, searching for the sound that suited his story.

Mills and California gave him time to find it. A year into school, Johnson moved into a space known as the “Totally Intense Fractal Mindgaze Hut,” a massive brick warehouse divvied into tiny apartments, performance areas and arts studios. It caught fire in 2015, killing two people. For years, Johnson lived in a 100-square-foot hovel there, his bed crammed into what he calls a cubbyhole. After spending 14 hours a day at Mills working on music, he would return home to find others rehearsing or recording.

“Everyone was working on the same thing or tied into the same spaces,” remembered Johnson, now 52. “It was what I wanted from school, to be immersed in things I had been interested in for so long.”

Johnson spent his days pondering electronic music, but, by night, he would play the acoustic guitar, a lifetime love since watching his step-grandfather pick country songs at family gatherings. Then, in 2011, Cynthia Hill — a documentary filmmaker Johnson had worked with in North Carolina — asked him to contribute to a new television show about a chef who had left the state for New York and returned to open a restaurant in her post-industrial hometown. During five seasons on PBS, “A Chef’s Life” won an Emmy and a Peabody; Johnson scored every episode. 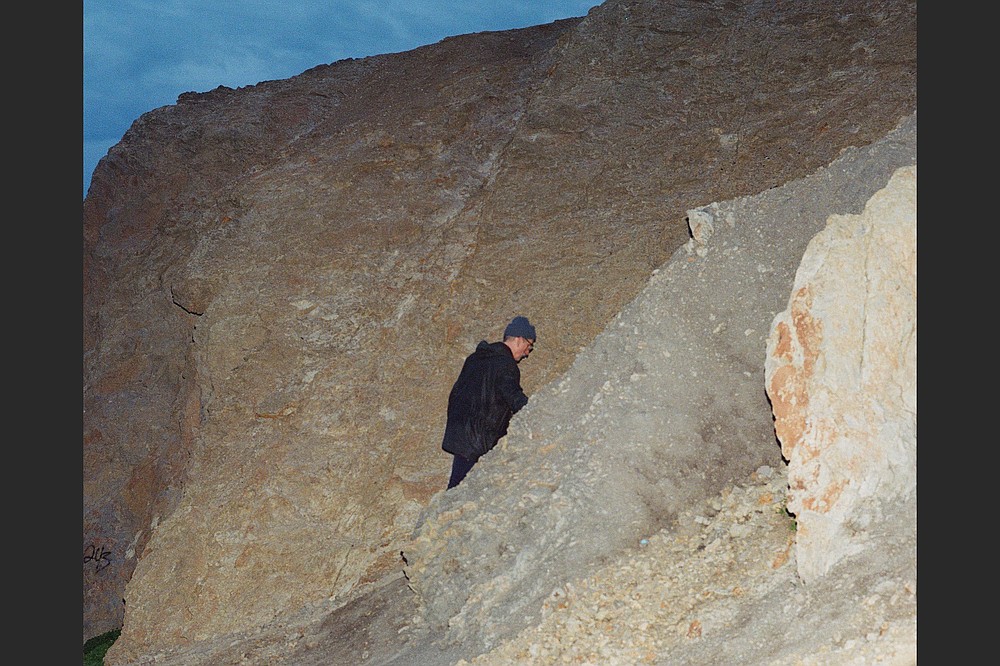 Composer Chuck Johnson’s pedal steel album, “The Cinder Grove,” is a eulogy for landscapes that are still being razed, but holds on to hope for what comes next in California. (The New York Times/Aubrey Trinnaman)

The show gave Johnson a steady postgraduate paycheck and afforded him the chance to work on music more immediate than what he’d done at Mills. More importantly, it prompted him to consider how best to frame a story through sound. He was scoring scenes familiar from his Southern childhood, like little farms or big pig pickins. He could put himself back there and, hopefully, take along the audience.

“Sometimes just communicating a mood is sufficient, all an instrumental piece needs to do,” Johnson said. “But it can also convey this complex array of associations and images. It can be melancholic and uplifting at the same time, the holy grail.”

He began applying that sensibility to a string of albums for solo acoustic guitar and “Balsams,” his 2017 breakthrough for pedal steel. Johnson’s sense of instrumental storytelling is now so nuanced that for “The Cinder Grove,” he used measurements of his lost warehouse home and a burned redwood forest to build and borrow software that mirrors their natural reverb. You hear his acoustic memories of spaces he’s memorializing.

“Fingerpicking and pedal steel are so connected to very specific traditions of music-making,” said composer Sarah Davachi, who met Johnson after moving from Canada to California to attend Mills. “But Chuck undoes a little bit of that so that you don’t know what you’re supposed to be feeling. His music is not about the pedal steel — it’s a tool for creating an environment.”

Davachi plays piano on “Constellation,” the centerpiece of “The Cinder Grove.” While staying at Davachi’s home in Los Angeles, Johnson fell for her Mason & Hamlin upright, a 135-year-old oddity that’s always out of tune. During “Constellation,” it emerges by surprise four minutes into the somber hymn. Elsewhere, Jakobsons anchors a Bay Area string ensemble, adding drama to Johnson’s austere tone.

Johnson played every note on “Balsams” as if it were a self-made panacea for anyone within earshot. But the collaborative moments on “The Cinder Grove” suggest he is trying to hold on to what he loves about California that has yet to vanish — the artistic network he has fostered. His friends may no longer live together in a warehouse or be scheming about their redwoods-bound collective, but he sees promise in finding new ways to build relationships, even through requiems for what’s already gone.

“The reason I am still here is the community I found, including people who appreciate the beauty outside the city,” Johnson said. “And as I’ve been more interested in collaborative ways of living, that seemed like the natural way to expand my sound.”