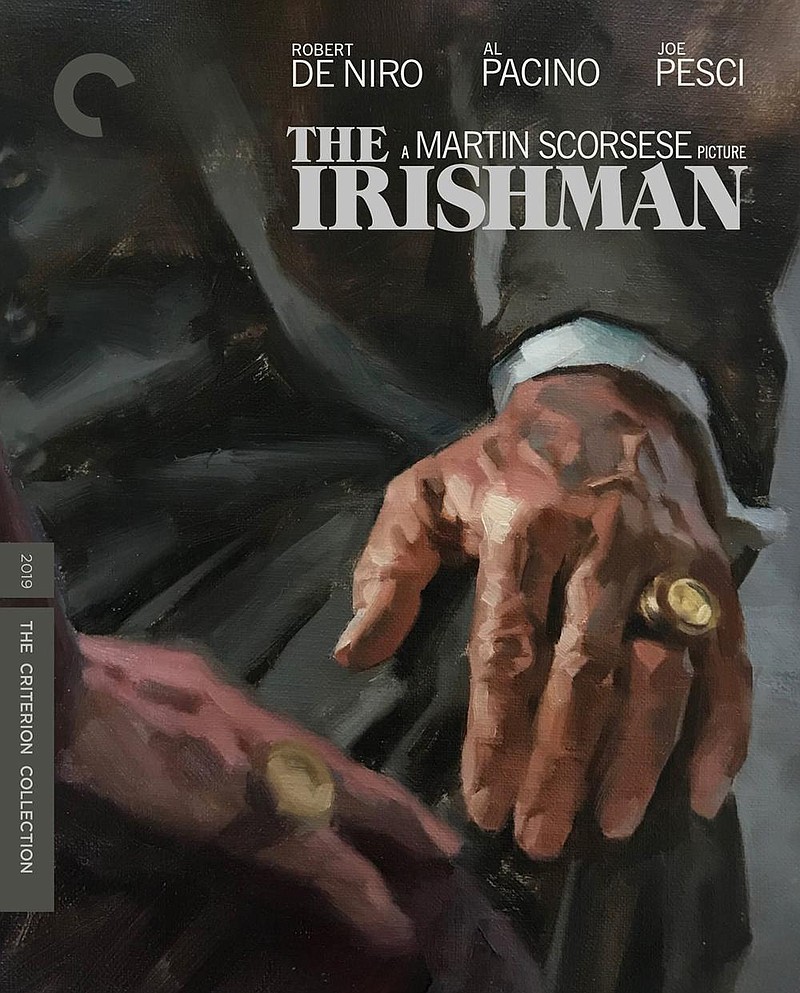 In a very real sense, Martin Scorsese -- the towering director of "Mean Streets," "Taxi Driver," "Goodfellas" and "Casino" -- making a mob-related film concerning Jimmy Hoffa's rise, fall, and murder, starring Robert De Niro, Al Pacino and Joe Pesci -- is fighting against his own mythic legacy. In another way, of course, his return to the form in which he made some of the more compelling American cinema of the last five decades is a perfectly fitting closing coda.

Certainly, parts of the film, especially in the first two acts, feels almost rote, even with the multi-layered time jumps (controversially covered via anti-aging computer-generated imagery), but by the time Pacino shows up as the infamous, all-powerful Hoffa, the president of the teamster's union, things pick up, and by the end, with De Niro's mafia muscle character, Frank Sheeran, sitting by himself in a nursing home, lonely and very much stuck in his head, contemplating his end with regret and remorse, the film takes on a dimension that does feel new to Scorsese's well-established canon.

The huge stylistic gamble Scorsese made with the film, utilizing CGI effects to de-age his principal actors rather than casting younger versions outright, turns out to be a mixed blessing. In moments of repose, or simple dialogue, the process can be effective, but any scene where the 76-year-old De Niro has to act like his younger, more physical self looks peculiar and draws attention to the attrition of reflexes as we grow older.

It has been suggested that the legendary director intended for the CGI effect to be jarring, a reflection not of reality, but Sheeran's own fading memory, which could well be true, I suppose, but at least to this critic's mind, it doesn't really read that way. Still, it does give you a sense of the aging process -- physically and emotionally -- which, by the end, adds a particularly cutting element.

It isn't as nimbly inspired as some of his best earlier work, but as it happens, that quality, too, adds a pathos to the whole enterprise. It has the feel of a eulogy, a place to put the ashes, as De Niro's Sheeran contemplates near the end. The last round-up of a legendary group of performers and artists.

It's indeed long at 3 hours and 29 minutes, but you can understand why the filmmaker and actors would want to hold onto the moment as best they can. It has been 26 years since De Niro, Pesci and Scorsese all worked together ("Casino"), and you get the definite sense this will likely be the last.

Disc Extras: Working from an exquisite 4K digital master, the two-disc set offers a bevy of goodies, including a roundtable discussion between Scorsese, De Niro, Pesci and Pacino; further exploration of Scorsese's singular style; a piece about the process of digitally de-aging the actors; and excerpts of older interviews with Sheeran and Hoffa himself.

Reviewed from The Criterion Collection Blu-ray