Intelligence agencylooks for diversity by The Associated Press | January 5, 2021 at 4:00 a.m. 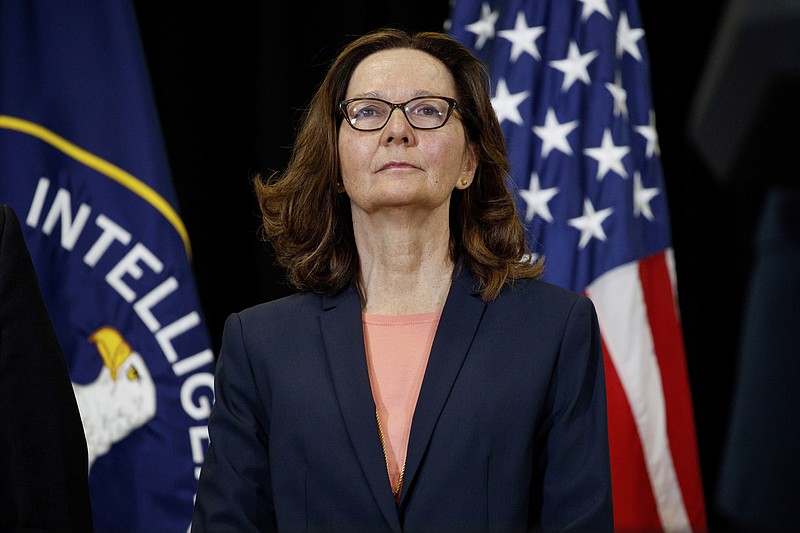 FILE - This May 21, 2018 file photo shows incoming Central Intelligence Agency director Gina Haspel at the agency's headquarters in Langley, Va. The CIA is looking for spies from all backgrounds and walks of life. Striving to further diversify its ranks, the nation's premier intelligence agency launched a new website Monday to find top-tier candidates who will bring a broader range of life experiences. (AP Photo/Evan Vucci)

WASHINGTON -- Striving to further diversify its ranks, the CIA launched a new website Monday to find top-tier candidates who will bring a broader range of life experiences to the nation's premier intelligence agency

The days of all American spies being white male graduates from Ivy League schools are long gone. The CIA director is a woman and women head all five of the agency's branches, including the directorates of science and technology, operations and digital innovation.

But while the CIA has been diversifying for years, intelligence agencies still lag the federal workforce in minority-group representation. With thousands of job applicants annually, the CIA wants to do more to ensure its workforce reflects national demographics.

The revamped website has links for browsing CIA jobs complete with starting salaries and requirements, sections on working at the agency, and a streamlined application process.

"We've come a long way since I applied by simply mailing a letter marked 'CIA, Washington, D.C.,'" said CIA Director Gina Haspel, who joined the agency in 1985. She said in a statement that she hopes the new website piques the interest of talented Americans and gives them a sense of the "dynamic environment that awaits them here."

Haspel has made recruitment a priority since she became the first female director in May 2018. Since then, the CIA has started advertising on streaming services, launched an Instagram account and an online "onion site," a feature that makes both the information provider and the person accessing information more difficult to trace.

Last year, the CIA designated its first executive for Hispanic engagement, Ilka Rodriguez-Diaz, a veteran of more than three decades with the agency. She first joined after attending a CIA job fair in New Jersey.

"The CIA had never been on my radar," she wrote in an op-ed in The Miami Herald after getting the job in October.

"I didn't think I fit the 'profile.' After all, the spies I saw on TV were male Anglo-Saxon Ivy Leaguers, not Latinas from New Jersey. Still, I went to my expert life coach, my mother, for advice. She said, 'No pierdes nada con ir.' (What have you got to lose in going?) So, I went to the job fair. The rest, as they say, is history."

Across the more than a dozen U.S. spy agencies, including the CIA, 61% of intelligence professionals in fiscal 2019 were men compared with 39% women, according to an annual demographics report compiled by the Office of the Director of National Intelligence.

In fiscal 2019, the intelligence community saw an incremental increase in the number of professionals from minority groups -- 26.5%, up from 26.2%. But that's still lower than 37% in the federal workforce as a whole and 37.4% in the civilian labor force, the report said.

The largest minority or ethnic group at all the intelligence agencies, including the CIA, was Black or African American at 12%, followed by Hispanic at 7% and Asian at 4%.

People with disabilities represent 11.5% of the workforce at all the U.S. intelligence agencies -- up a point from the year before.

"Even with all the challenges 2020 posed, it was a standout recruitment year for CIA. Our incoming class is the third largest in a decade and represents the most diverse talent pool, including persons with disabilities, since 2010," said CIA spokesperson Nicole de Haay.