Billionaire stays out of public eye since regulators’ rebuke by The Associated Press | January 6, 2021 at 2:49 a.m. 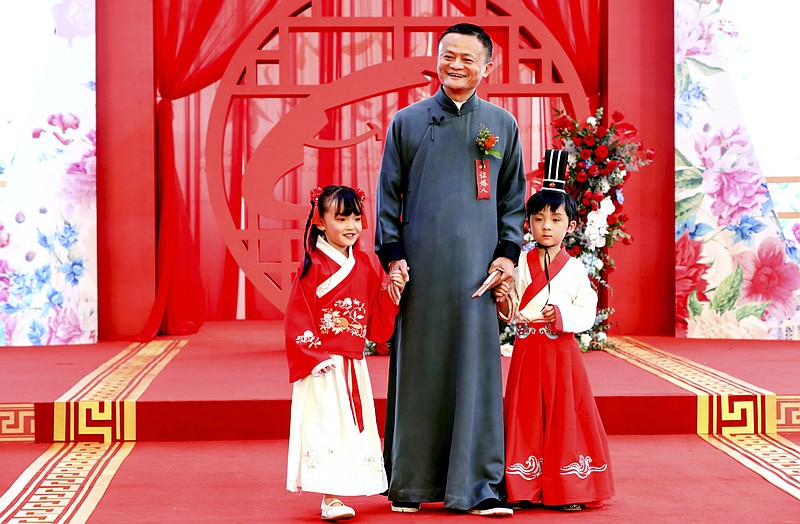 FILE - In this file photo taken Friday, May 10, 2019, Jack Ma, then chairman of Alibaba Group, poses for photos during a ceremony where he acted as the chief witness of the wedding of 102 couples of Alibaba employees in Hangzhou in eastern China's Zhejiang province. Ma hasn't been seen since he angered regulators with an October 2020 speech. That is prompting speculation about what might happen to the billionaire founder of the world's biggest e-commerce company. (Chinatopix Via AP, File)

Ma's latest gambit backfired after he called regulators too conservative in an Oct. 24 speech and urged them to be more innovative. They halted the impending stock market debut of Ant Group, an online finance platform that grew out of Alipay. Alibaba's share price sank, possibly costing Ma his status as China's richest tycoon.

Since then, the normally voluble Ma has stayed out of the public eye, canceled a TV appearance and avoided social media. That has prompted a flurry of speculation about what might happen to Ma, China's biggest global business celebrity and a symbol of its tech boom.

"The Jack Ma Era is ended," wrote a blogger under the name Yueyue Talks Technology. "It's too late to say goodbye."

Representatives for Alibaba and Ant didn't respond to questions about why Ma hasn't appeared in public.

Some see Ma's travails as a warning from the ruling Communist Party that even a wildly successful entrepreneur can't publicly defy regulators. But finance experts said President Xi Jinping's government already was uneasy about Alibaba's dominance in retailing. As for Ant, regulators worried it might add to financial risks seen by the ruling party as one of the biggest threats to China's economic growth.

Shaun Rein, a business consultant in Shanghai who said he meets Alibaba managers and people who know Ma, said none of them have said the billionaire is in legal trouble.

"They spanked him. He's learned his lesson, and that's why he's been quiet for the past two months," said Rein, founder of China Market Research Group. "Some of his friends told me they can't believe how stupid he was."

Ma, 56, stepped down as Alibaba's chairman in 2019 but is part of the Alibaba Partnership, a 36-member group with the right to nominate a majority of its board of directors. He is one of the biggest shareholders.

Ma irked regulators with the speech at a business conference in Shanghai attended by some of the regulators he was criticizing. Chinese Vice President Wang Qishan also was in the audience.

Ma complained regulators had an antique "pawnshop mentality" and were hampering innovation, according to Chinese media. He appealed to them to support unconventional approaches to make it easier for entrepreneurs and young people to borrow.

"The race tomorrow will be a race of innovation, not regulatory capabilities," Ma said, according to the Hong Kong newspaper Apple Daily.

That clashed with the ruling party's marathon campaign to reduce surging debt that has prompted fears about a possible financial crisis and led international rating agencies to cut Beijing's credit rating for government borrowing. At the same event in Shanghai, Wang warned new technologies improve efficiency but "amplified financial risks," according to the business magazine Caixin.

On Nov. 3, regulators suspended Ant's market debut. It would have been 2020's biggest, raising some $37 billion.

Alibaba Group shares traded in Hong Kong have fallen 19% since October. Ma's fortune, which peaked earlier above $60 billion, fell by more than $10 billion.

Alibaba, headquartered in Ma's hometown of Hangzhou, southwest of Shanghai, was founded to connect Chinese exporters with Western retailers. The company has expanded into online consumer retailing, entertainment and other areas.

Its finance arm, Yu'ebao, launched in 2013, attracted millions of customers in a market dominated by state-owned banks that focus on serving government industries. By 2017, Yu'ebao was the world's biggest money market fund with $170 billion in assets, competing with state banks for deposits.

Ant Group has been ordered to overhaul its business before its market debut can go ahead.

The central bank said Dec. 28 it told Ant to focus on its online payments business. That suggested the company might be required to scale back its ambitions and new initiatives, which would hurt its appeal to investors.

Ma's high profile is unusual in a society where folk wisdom warns, "a man fears getting famous like a pig fears getting fat." Others such as Tencent founder Ma Huateng, who is no relation to Jack Ma, are known for avoiding reporters and public appearances.

Jack Ma dresses up in a leather jacket, sunglasses and wig to perform rock songs at Alibaba's annual employee festival in a Hangzhou.

Information for this article was contributed by Yu Bing and Zen Soo of The Associated Press. 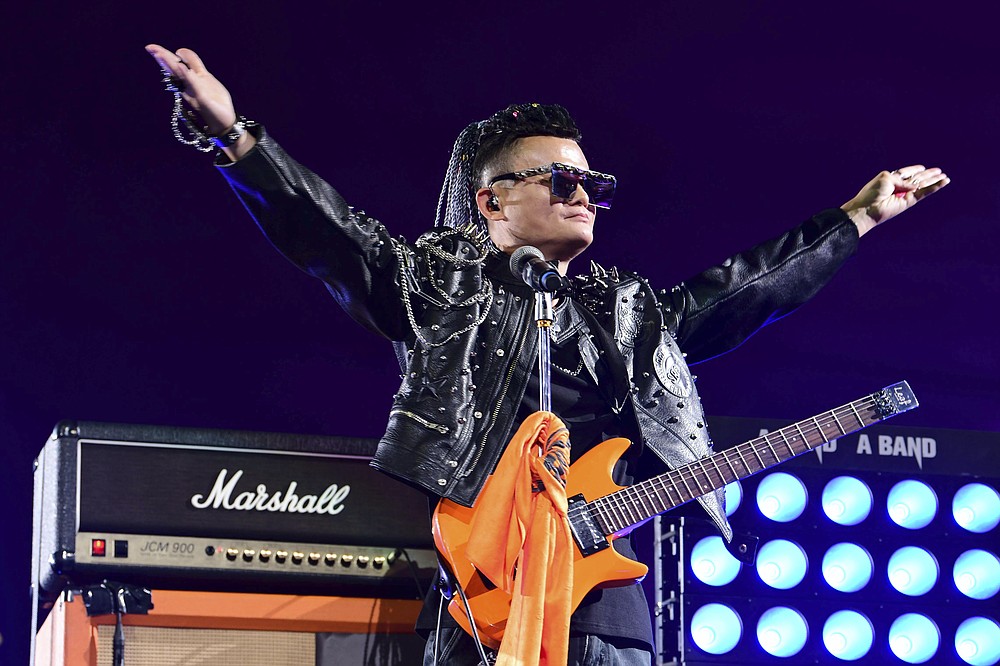 FILE - In this Tuesday, Sept. 10, 2019, file photo, Jack Ma, founder of the Alibaba Group, performs at the company's 20th-anniversary celebration in Hangzhou in eastern China's Zhejiang province. Ma hasn't been seen since he angered regulators with an October 2020 speech. That is prompting speculation about what might happen to the billionaire founder of the world's biggest e-commerce company. (Chinatopix via AP, File) 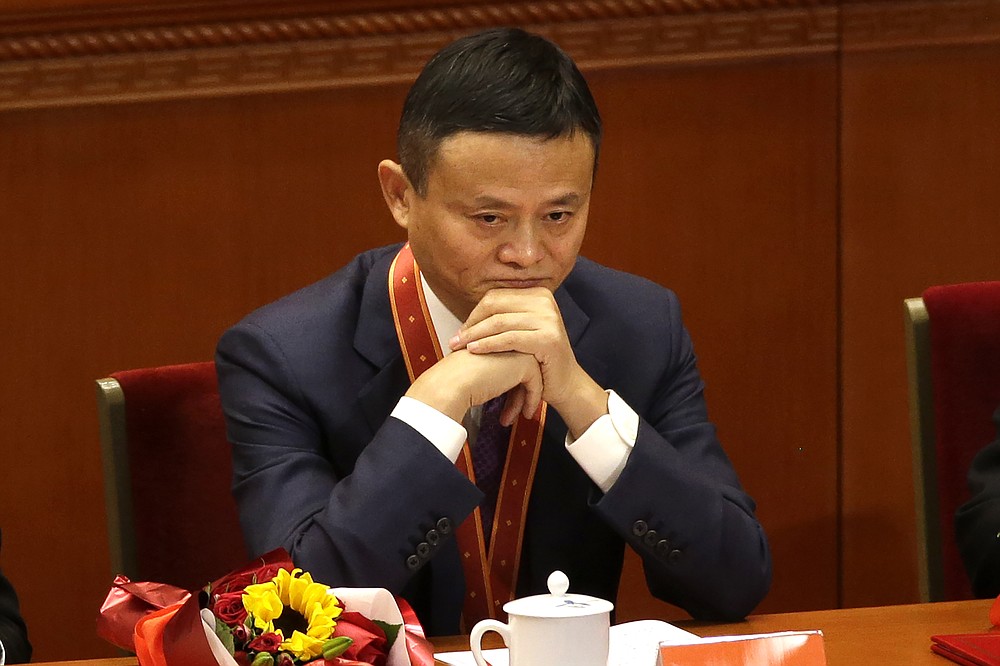 Jack Ma, founder of Chinese e-commerce firm Alibaba Group, attends a conference to commemorate the 40th anniversary of China's Reform and Opening Up policy at the Great Hall of the People in Beijing, Tuesday, Dec. 18, 2018. Ma hasn't been seen since he angered regulators with an October 2020 speech. That is prompting speculation about what might happen to the billionaire founder of the world's biggest e-commerce company. (AP Photo/Mark Schiefelbein) 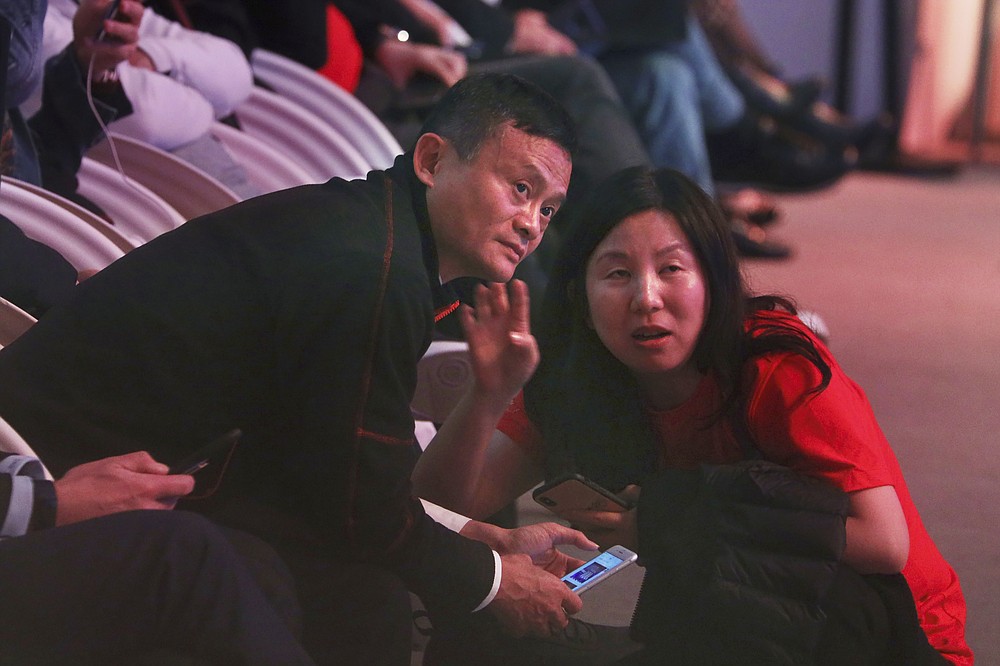 Jack Ma, founder of Alibaba attends the Alibaba's 11.11 Global Shopping Festival held in Shanghai, China, early Sunday, Nov. 11, 2018. Ma hasn't been seen since he angered regulators with an October 2020 speech. That is prompting speculation about what might happen to the billionaire founder of the world's biggest e-commerce company. (AP Photo/Ng Han Guan) 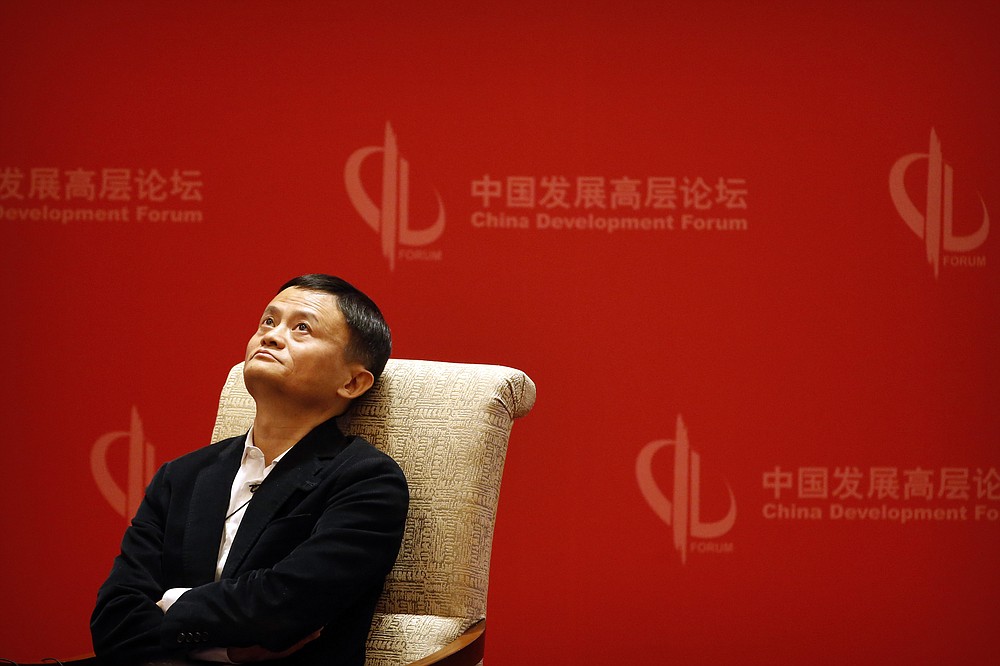 In this file photo taken Saturday, March 19, 2016, Jack Ma, executive chairman of the Alibaba Group, looks up during a panel discussion held as part of the China Development Forum at the Diaoyutai State Guesthouse in Beijing. Ma hasn't been seen since he angered regulators with an October 2020 speech. That is prompting speculation about what might happen to the billionaire founder of Alibaba Group, the world's biggest e-commerce company.(AP Photo/Mark Schiefelbein, File) 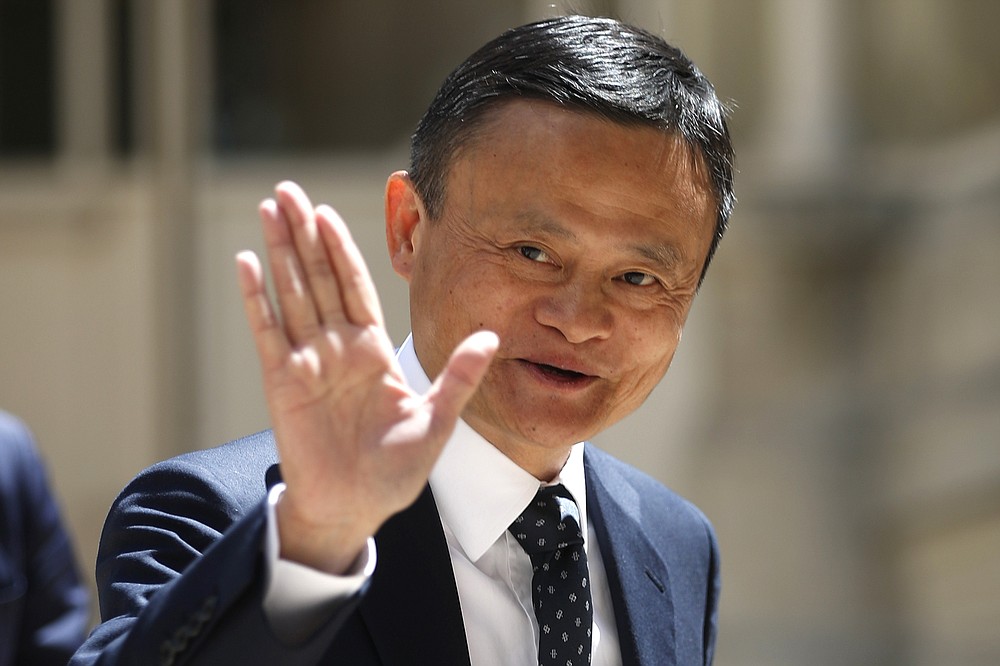 FILE - In this May 15, 2019, file photo, founder of Alibaba group Jack Ma arrives for the Tech for Good summit in Paris. Ma hasn't been seen in public since he angered regulators with an October 2020 speech. That is prompting speculation about what might happen to the billionaire founder of the world's biggest e-commerce company. (AP Photo/Thibault Camus, File)
ADVERTISEMENT